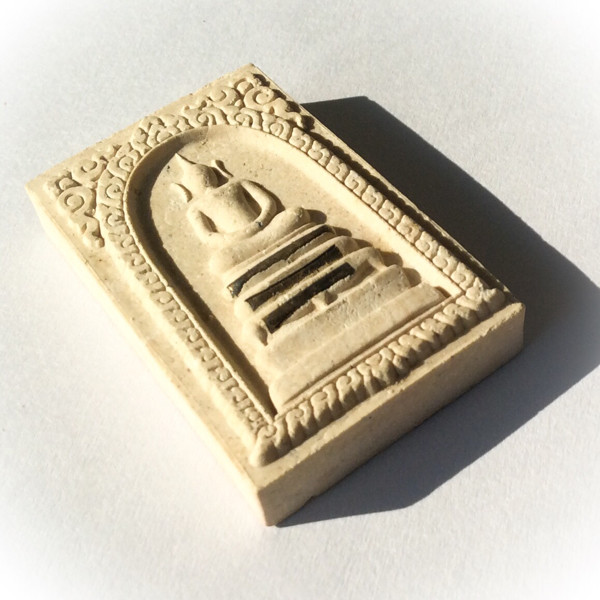 This most beautiful, and in pristine condition Pra Somdej amulet,is one of the now more favored and collected editions of Pra Somdej from Luang Por Koon, and has ultimately become ever rarer to find, especially in this perfect condition.

The Amulet was designed with a very finely decorated arch around the Buddha image, with the 'Sian Badtr Hoo Bai Sri' style head (round, almsbowl shape head, with large pointed ears).

Three silver Takrut are inserted into the front face. The torso of the Buddha Image, is straight, like a tubular shape, called 'Ok Grabork' in Thai (meaning 'Cylinder Chest). It is slimmer than the 'Ok Yai' model, and only slightly tapered without an over exaggerated bulge around the chest. 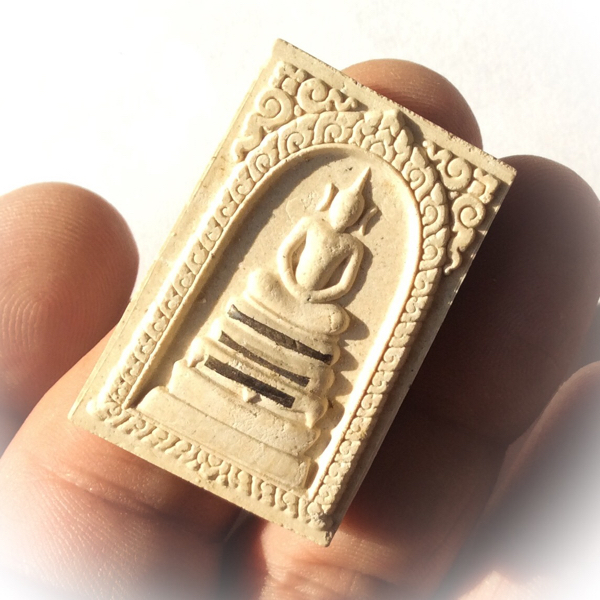 This results in a very elegat appearance to the Buddha's Posture, dues to the larger gaps between the elbows of the Buddha, and the Torso, which allows for curvature to tease the eye into being seduced by its beauty of form. 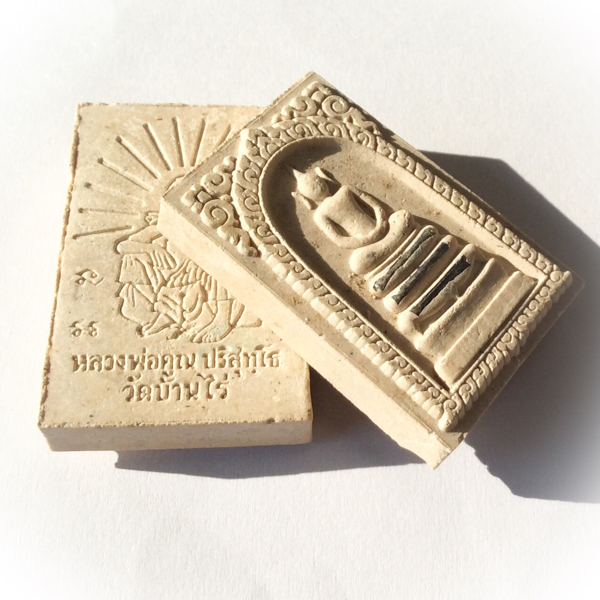 The rear face features an image of LP Koon with 14 rays of light around him, and the Kata 'Na Ma A U'. The amulet was released in 2537 BE, and is one of his famous editions.

At the time of posting, we had two amulets of this model, which are practically identical, and were used for the photography of this writeup (of course). If you think you be able to deduct, that, the front and rear faces of these amulets in each photo, are two amulets, not one, used to show both sides. You can hence compare them both here in the photos, and see how it does not matter which of these two amulets you recieve, for they are both indeed identical in beauty and their original condition of pristine clarity. 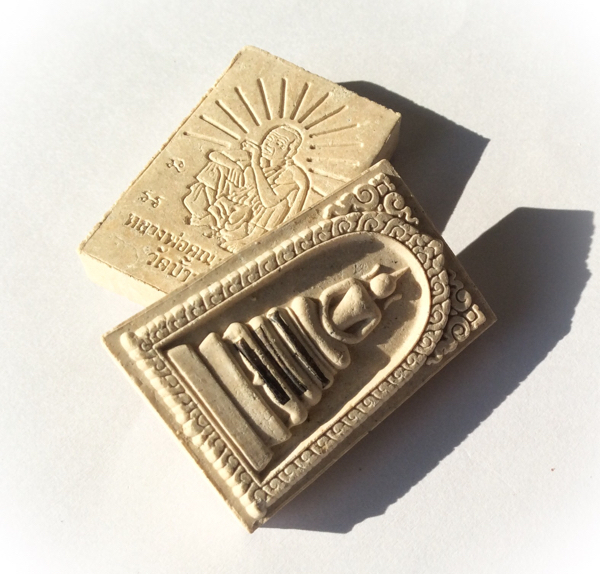 We beg understanding for posting two in one page, instead of as separate items. These are both excellent and pristine condition Luang Por Koon classics, that would actually be best remaining together, with one owner, for their similarity of appearance and excellent condition. 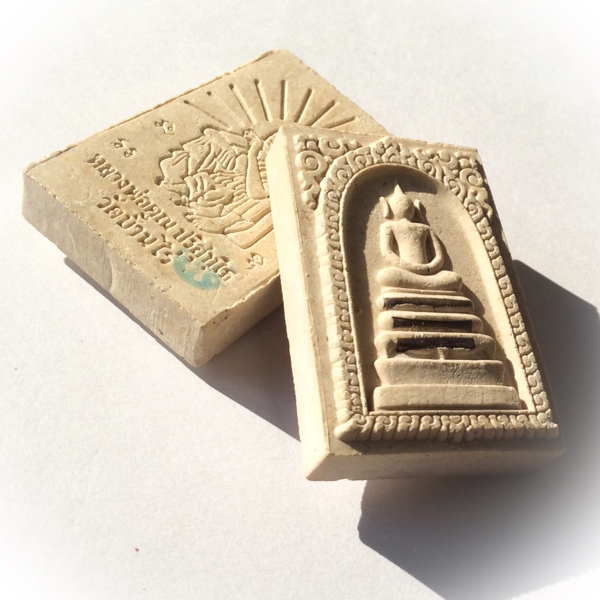 Luang Por Koon is famous amongst all Adepts that he is able to empower amulets in a very short time indeed, with quick entry into the necessary meditative states for empowering amulets. He is much loved by the Local Folk, for his great acts of Charity and Social Welfare. 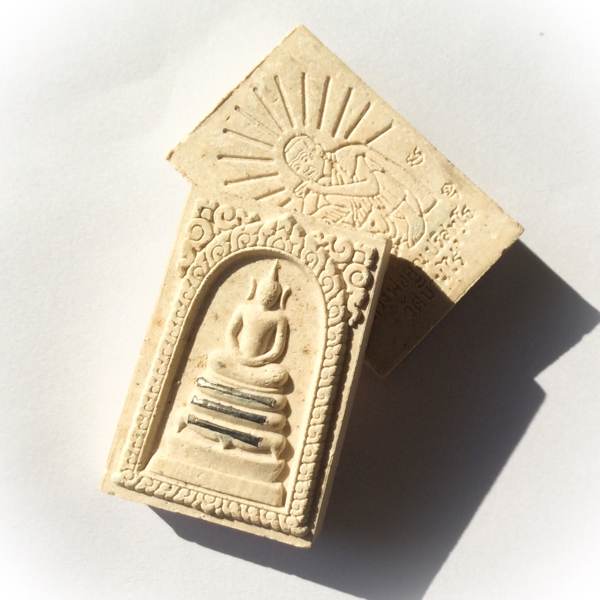 Luang Por Koon is renowned and revered for building at least three hospitals and schools till now, and to this day donating to social projects and for the good of the community each day, amounting to tens of thousands of dollars each month, to help the people of his community. 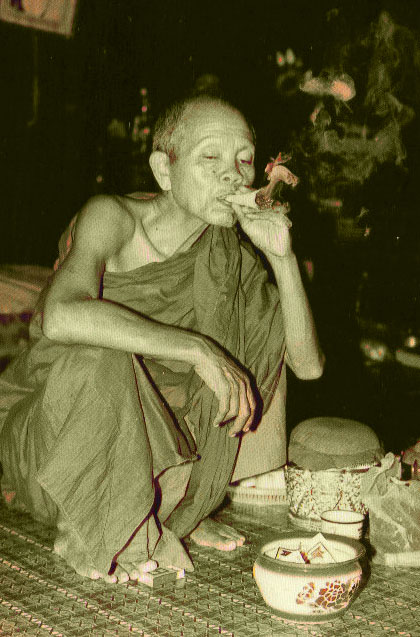 He used to be commonly known to be seen with a big hand rolled cigar, but he gave up smoking them some years ago when his health worsened. 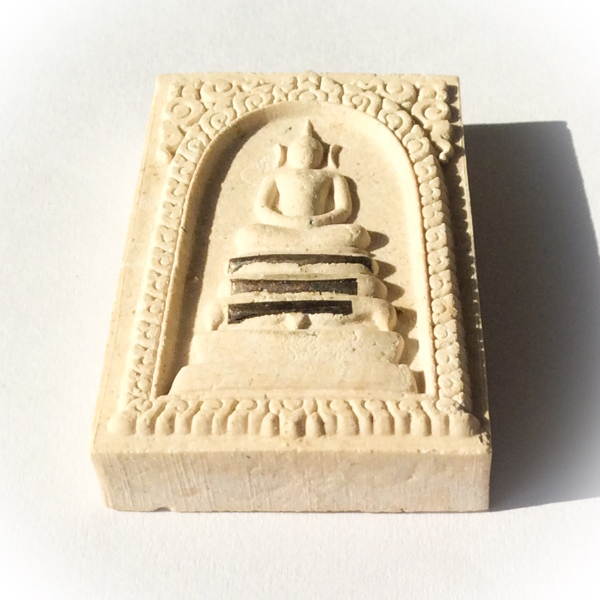 He is perhaps Thailands Most World famous Monk of all time as far as International Renown goes. His great Humility and down to earth honesty has won the hearts of devotees from around the world. His Miracle Power goes undoubted 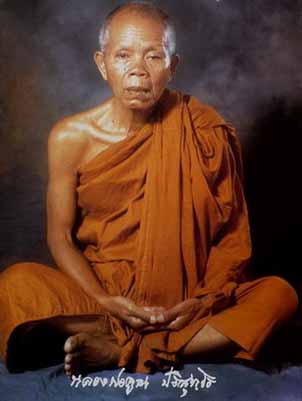 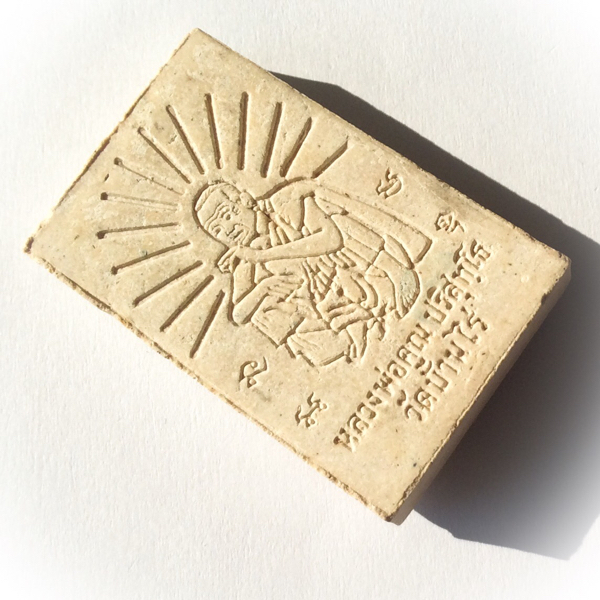 The rear face of the amulet has the classic famous image of Luang Por Koon sitting in a kow squat smiking a cigar, the Kata "Na Ma A U", and the words 'Luang Por Koon, Wat Ban Rai' stamped into it. An aura of light is suggested with light riays around Luang Por's head. 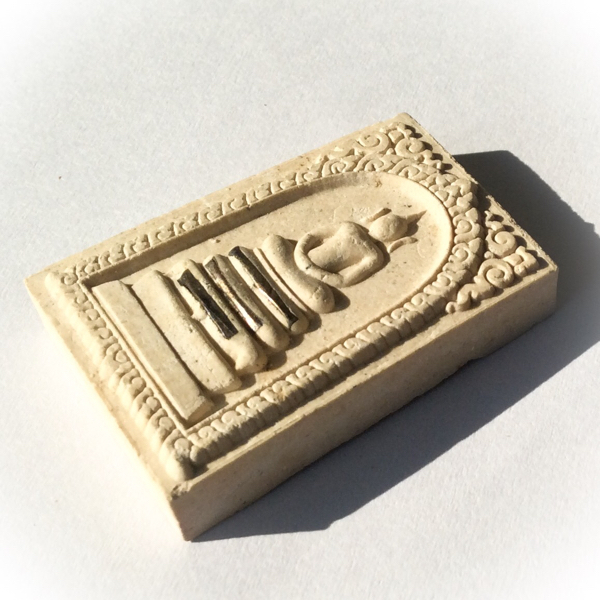