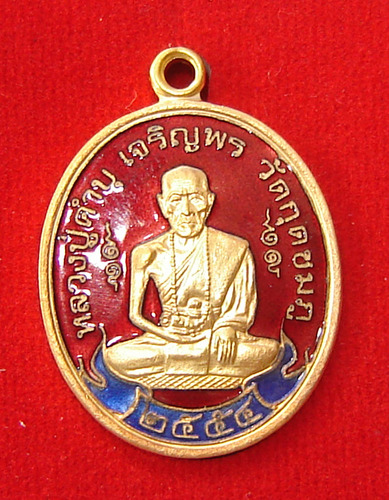 This is yet another edition of Long Awaited Buddhist Monk Coins from Luang Phu Kambu, that has been closely followed and awaited since its announcement some 6 months ago. 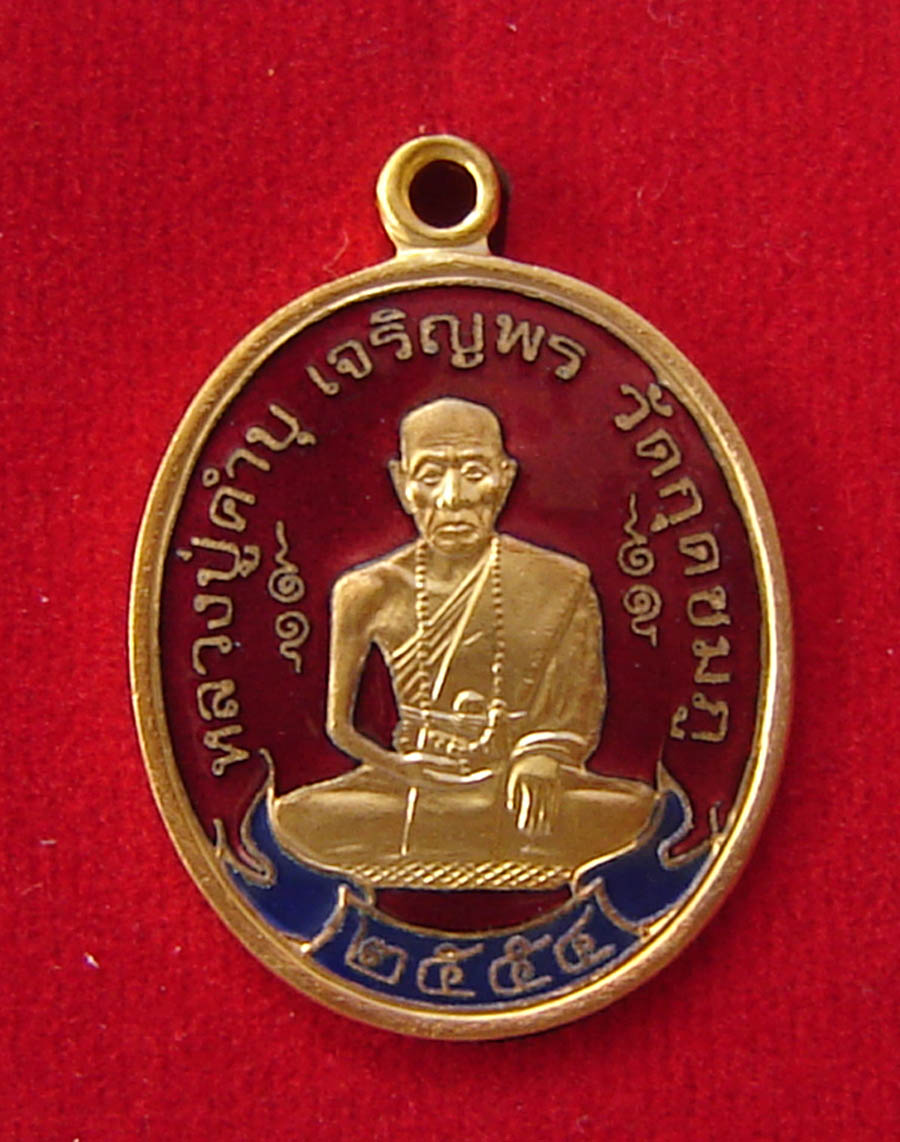 The Amulet is a veritable work of art, with the image of Luang Phu embossed on the face in the 'Ruesi' posture of Meditation. The face of the coin is coted in a very luxurious Ya rachawadee glaze. Two versions of these coins were made with enamels in this particular metal, one with blue face and red adornments, and the other with red face and blue adornments. The result is a wonderfully regal looking amulet with deep Royal Blue and Maroon tones, which contrast with the golden sheen of the temple bell brass perfectly.

Made from ancient sacred brass temple bell metal, previous editions of metal amulets, and Yantra foils. not only is the amulet precious in its metallic content, it is also precious in its Sacred power to radiate Metta. 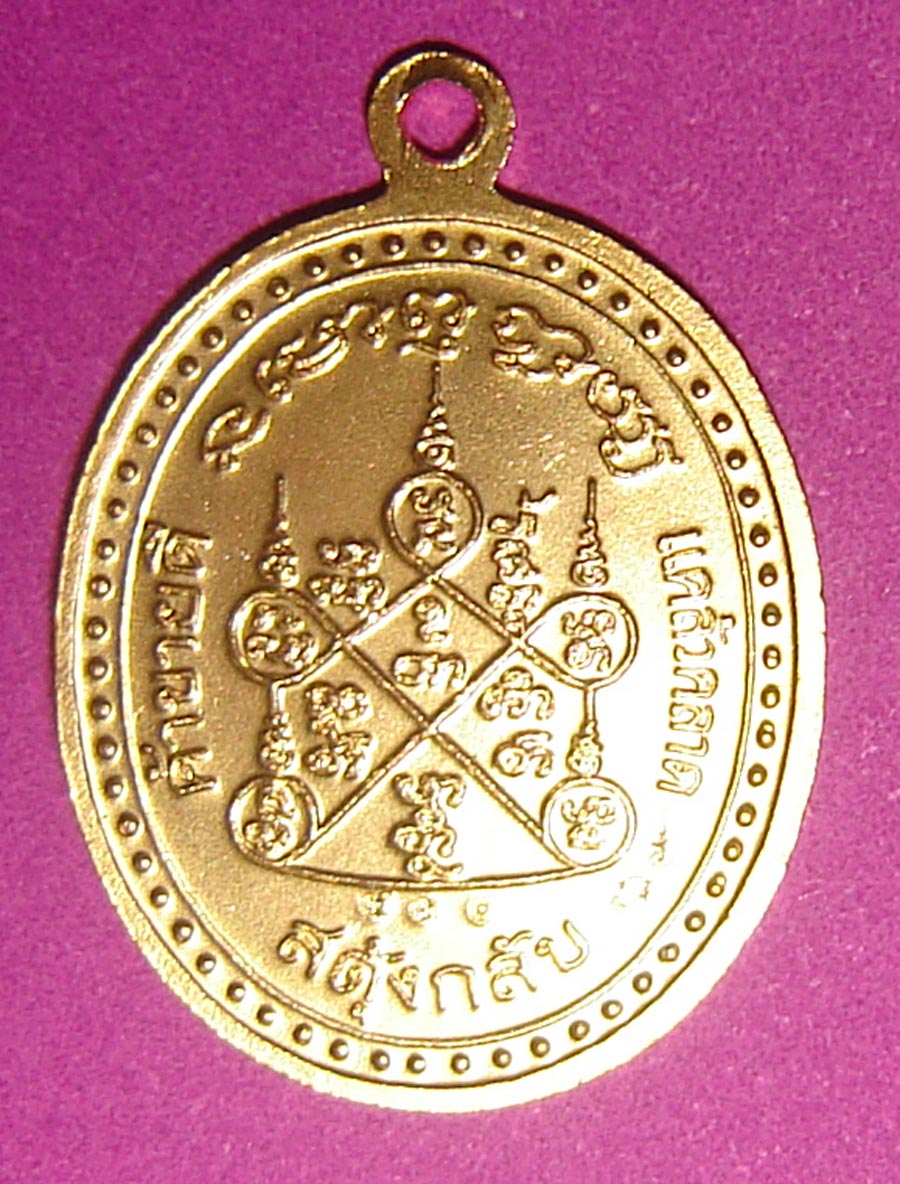 The rear face has a version of Yant Nam Tao with the Kata 'Na Mo Put Taa Ya' inscribed within it in Sacred Khom Agkhara lettering. Further kata for wealth increase are added.

This coin is a medium sized Unisex amulet (Man or Woman can wear it with its slim fit and medium size). It has an immortal charm and grace due to the Traditional Nostalgic method of production and design. For those who like the old school but also feel that the Modern Amulet EWra has more beauty due to its new methods, can find the perfect synthesis in this most raditional and sacred old style amulet which has a modern standard of quality, and fitting with the tastes of the modern Era.

The simplicity which only an old amulet can give

The delicacy and Subtlety allowed by modern development.

In short, a True Classic Nostalgia Piece, destined to one day generate Nostalgia of its own Making.

The sacred metals of broken pieces of ancient Sacred Buddhist artifacts used in the Chanuan Muan sarn for Thai metal coins and statues is a method used as a way of 'rebirthing' or recycling the used and continuing the liviing Dhamma and the remembrance of the Lord Buddha's acheivements, as a Guide to our own path in life, and our practice in the spiritual side of our life (Dhamma practice).

Rian Roop Khai of this size are slim, light and petite enough to be not too big for a Lady to wear. Nor are they too small for a Man to wear, making them a very easy amulet to fit to everybodys needs.

Luang Phu Kambu is a Very High and Powerful Practitioner of great diligence, humility and purity. His amulets are of the finest design and quality of the Buddhist variety of Thai amulets, and are fastr becoming one of the top three coin makers in the Modern Amulet scene for collectors and Devotees of this Inimitable Monk, who seems to be taking off where the Master Luang Phu Ka Long left off, and fast becoming a Word Wide phenomenon due to his merits, and most sacred and beautiful amulets, with which we at least speaking for ourself, are totally in love with. 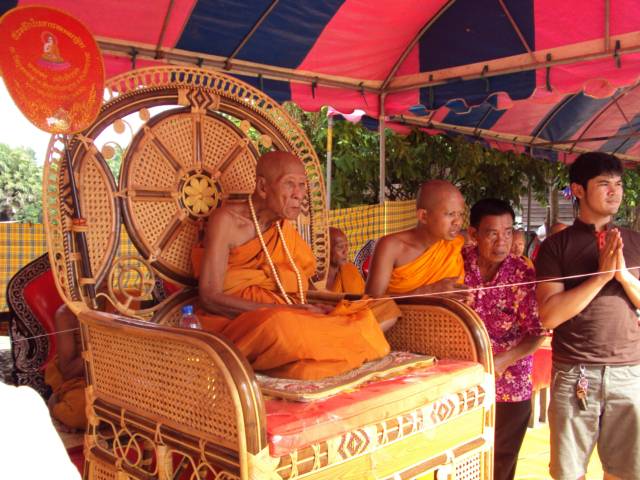 A vast range of Luxurious Monk Coins with a wide variety of different sacred metals and finishes were issued in this edition, which is experiencing extreme popularity in Thailand. 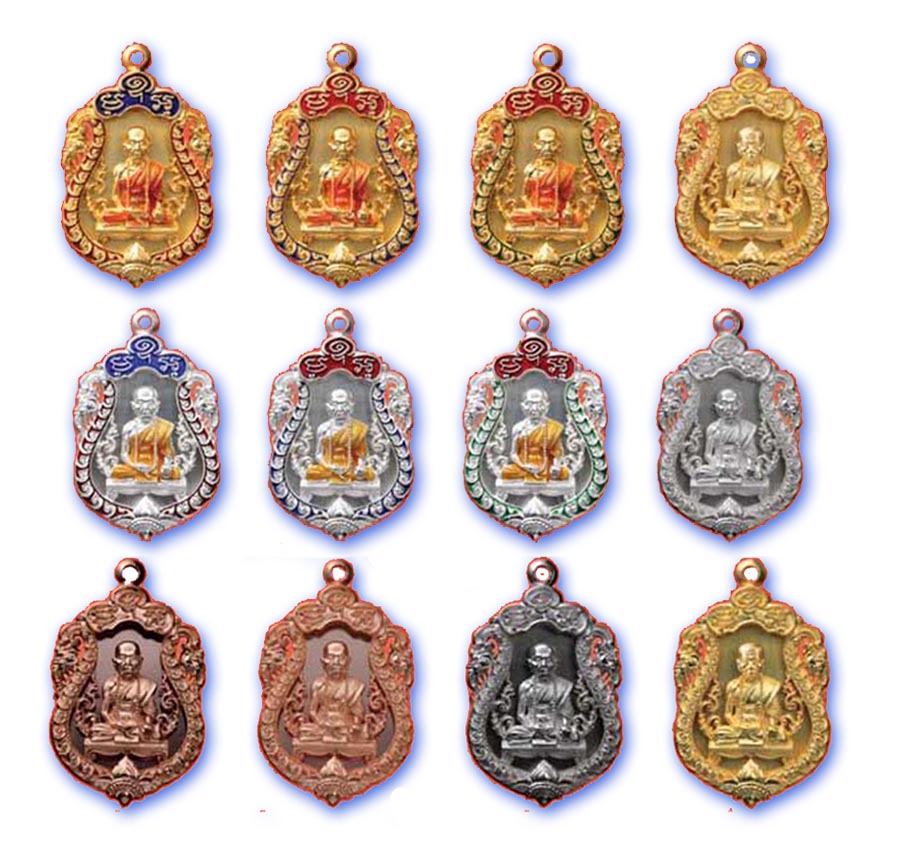 Above; some of the various Pim available in this edition of Luxury Buddhist Guru Monk Coin amulets. 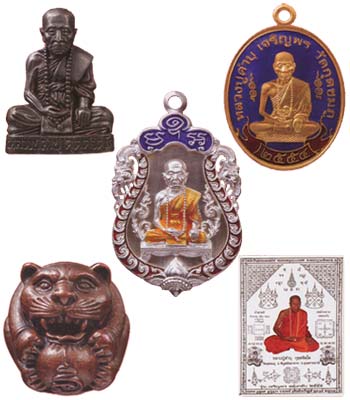 Some of the Rian Sema Chalu Lai Coins of this edition in Silver and Enamels, are very High Quality multi-piece pieces of Expert Miniature Engineering and Fine Art, and have an elevated price. They are expected to become officially recognized classics in the future even more than they already are becoming today, and become competition grade amulets of the Pra Niyom variety, Their Itinirary is already noted and catalogued in the tomes of the various Amulet Societies, and eyes will be on this amulet more and more in Future Years, when it begins appearing in competitions. 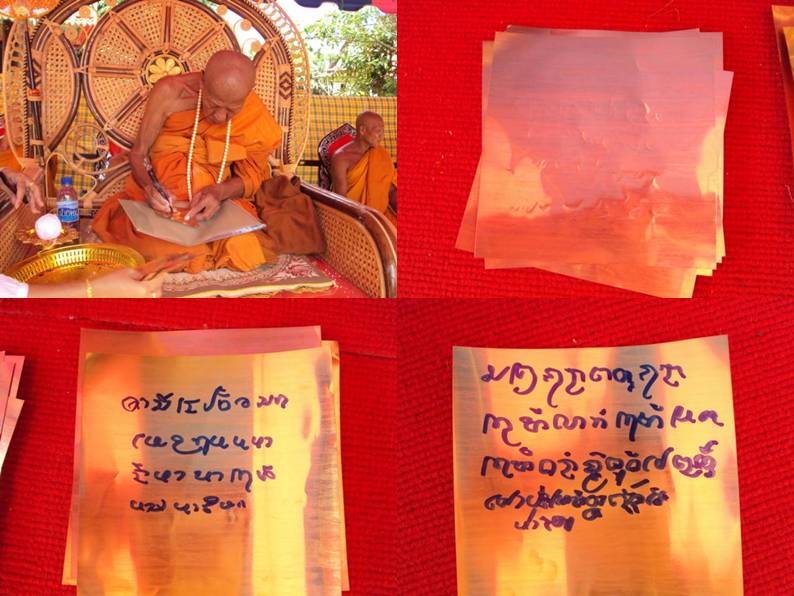 The coins were made in many different combinations, including solid gold (below) 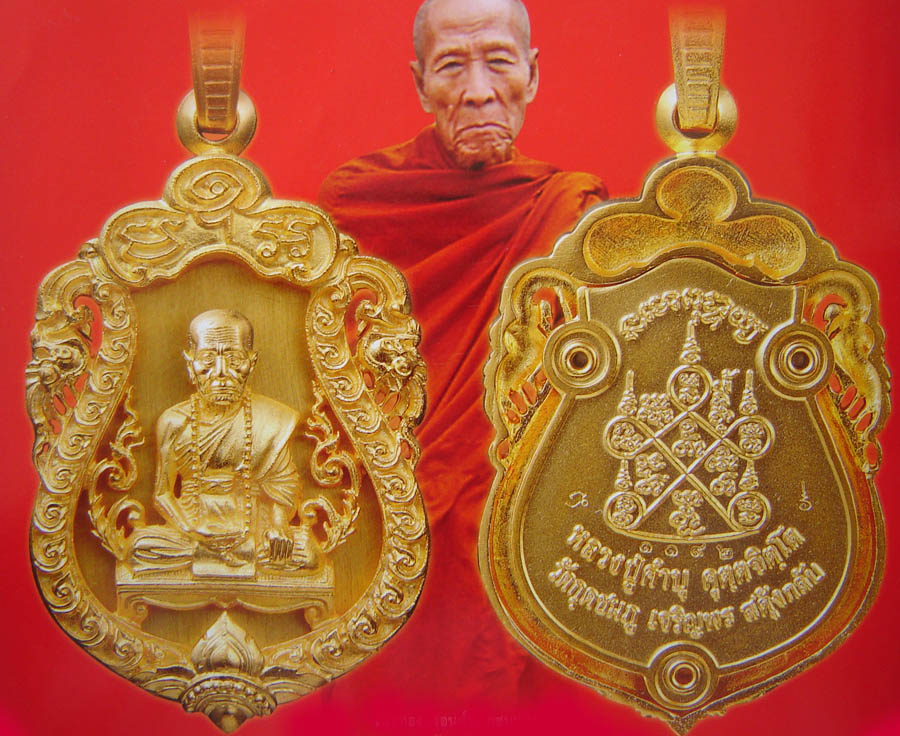