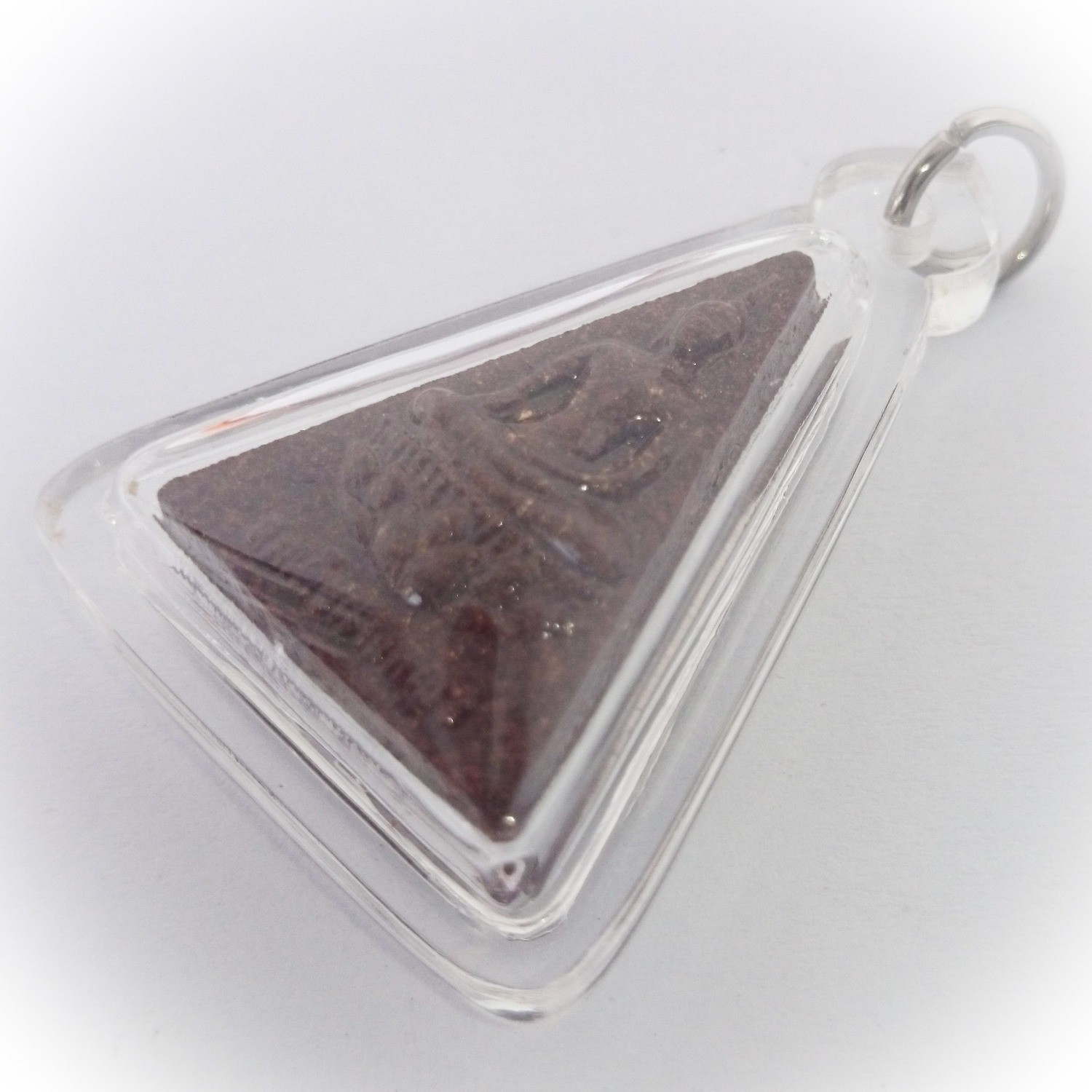 The Pra Somdej Nang Paya Muan Sarn Jitralada rarity and an extremely and famous edition, which is now passed into the annals of history in the complete Dtamra of the catalogue of Sacred and Officially Recognized Comissioned Amulets of 'Somdej Pra Yan Sangworn'. Very suitable for a Man, Lady, or even your Child to wear as Serm Duang, Klaew Klaad, Kong Grapan and Metta. We have already provided waterproof casing, which is included in the price of this amulet.

Somdej Pra Yan Sangworn, was the Sangkaracha Monk, head Monk of the Thai Buddhist Sangha, and head Monk of the Royal Palace and the Temple of the Emerald Buddha, and Master of Ceremonies at the Secondary Royal Temple of Wat Bovornives in Bangkok, which is of course the temple where His Majesty the King was Ordained and spent his time as an Ordained Buddhist Monk. 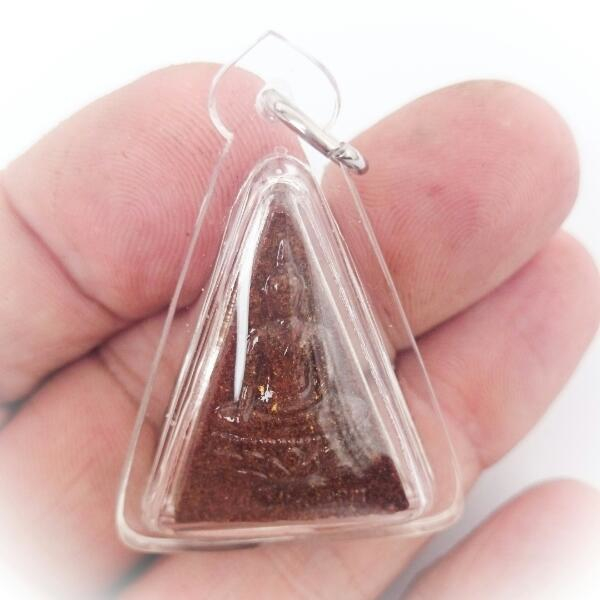 The Sangkaracha, is now Deceased (2557 BE), and since this event, his amulets have been both snapped up and are becoming now ever rarer to find any. Editions that are pre-2550 BE are especially preferred and revered, and this particular edition is extremely sought after.

This is because of the presence of the Sacred Royal Muan Sarn "Pong Jitralada', which contains special pollens and rare flowers, and strands of hair of His Majesty. And so, hair strands of two of the most revered national and spiritual figures are present in the Muan Sarn Sacred Powders, which is a special ingredient, used only when the makers are deemed as revered persons of extremely high esteem above others. 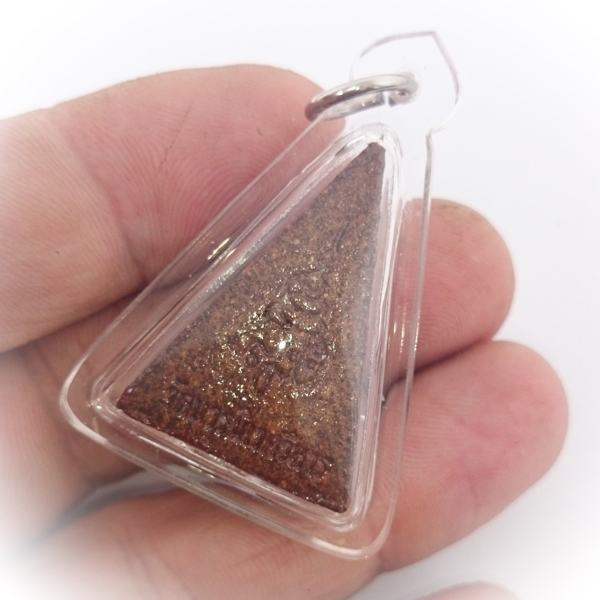 This is a classic family heirloom amulet to pass on through the generations, for its lifespan is beyond estimation. It is not the kind of amulet thaty will grow out of popularity or lose its spiritual significance, both for the fact that it is a Buddha Image, and for the fact that the makers of the sacred powders and of the amulet, and the temple of origin are of the highest estimable status an respectability. 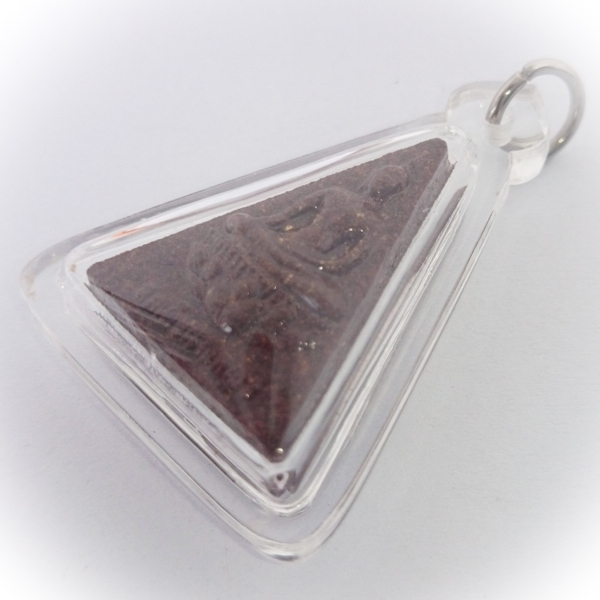 The value of the amulet is guaranteed to increase with a constant incremental value, and an ever accelerating rate. We guarantee that the amulet will double its value in less than 5 years, and perhaps even triple or quadruple in that period, depending on the speed of depletion. 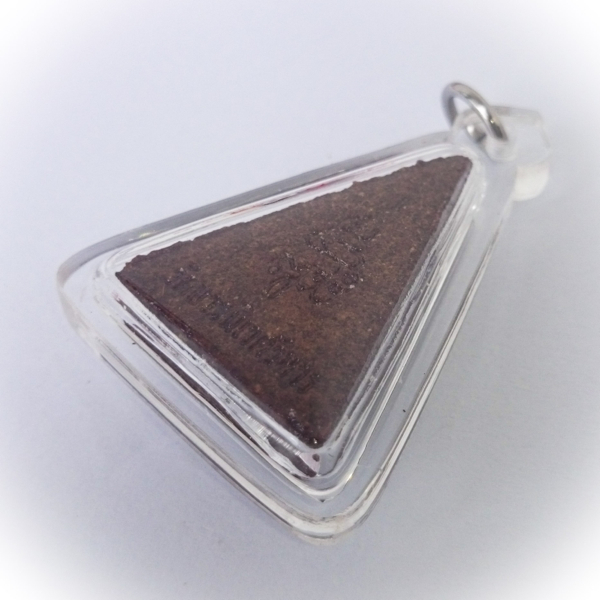 This edition is now totally depleted and only available in certain cases, such as the case how we found them, in the possession of a single owner who had kept them safe in a cupboard for years. Sometimes somebody who has amulets does not think of or know of the depletion, and so it is sometimes fortunate to find a batch that is still to be snapped up. And here it is. 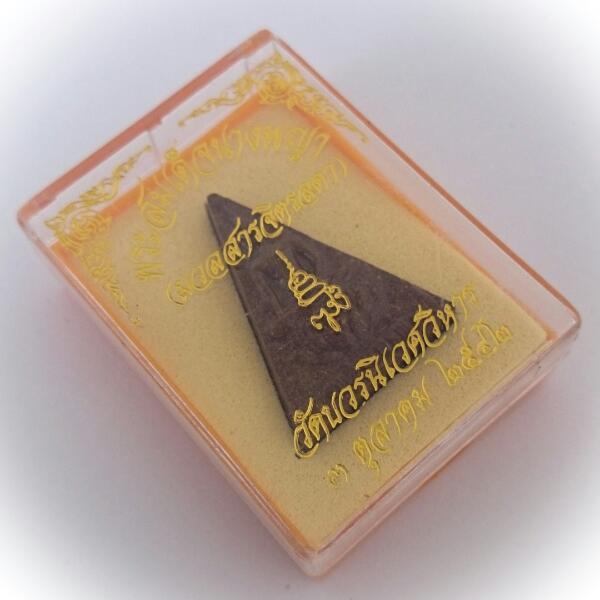 The amulet is very rare to find, and is a very preferred and revered amulet in Thailand, not only because of the Major Puttapisek Ceremony, but also because of the nature of the Muan Sarn Powders and the Pim itself (model of amulet), and its Royal Connections. Comissioned and Empowered by the Sangkaracha and 108 of Thailands Greatest Master Monks. 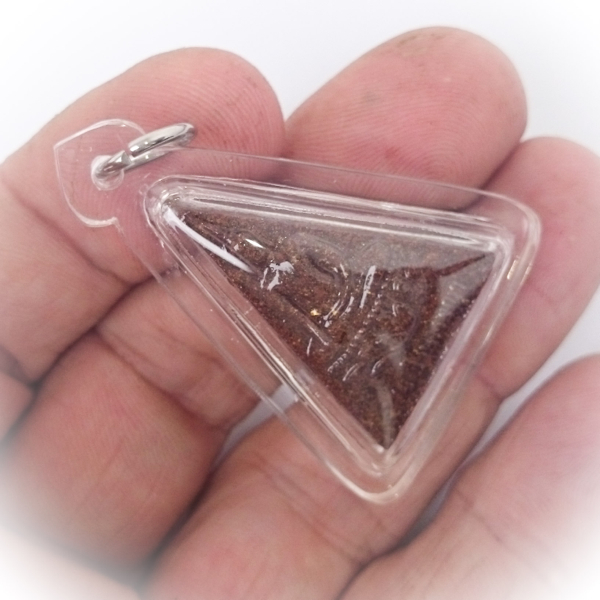 The Sacred Muan Sarn Powders contained powders from the First Kingly Edition of Somdej Jitralada, from the later Edition of Pra Pong Jitralada Krongarn Luang CP, old and famous editions of Pra Pong Pairee Pinas, Pong Pra Sasada, Khaw Sarn Hin, and hairs of the Sangkaracha Monk. The Pong Jitralada was a Muan Sarn composed by His Majesty the King for the making of the Original Somdej Jitralada, also of His Majesty's Design, which contained his Hair, as one of the ingredients of the Muan Sarn.