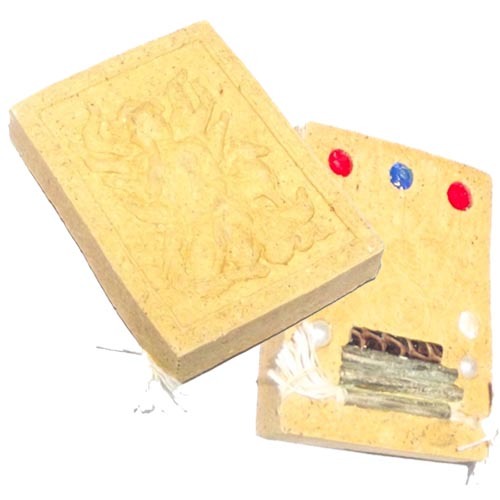 Luang Phu has released yet another edition of the 9 Tails Fox Demoness Enchantress amulet for which he himself is responsible for bringing back to the fore-front of desired and highly collectable amulets.

The Wicha of the 9 Tails Fox Demoness is a Wicha of a very powerful yet highly subtle seduction. The Wicha has its roots all over Asia from as far North as Korea and as far south as Indonesia.

The nine-tailed fox was depicted as a beast of fortune. Sent by the heavens, it was seen as a sign of fortune, peace and luck. In the Han dynasty, it is the protector of royal blood. The Nine Tailed Fox is able to enter and possess others, and is able to change its shape and form, a Master of Illusion. 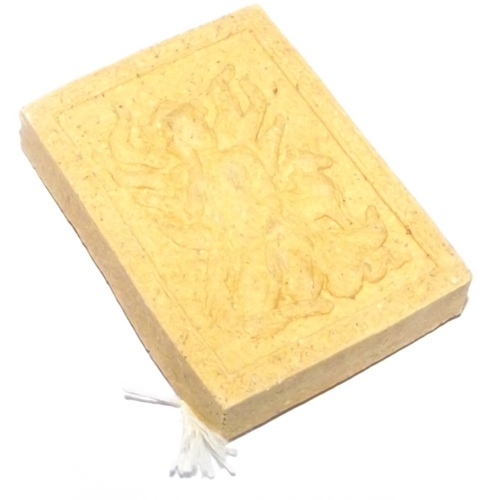 Its ability to attract the other sex and seduce them into the bed has gained Legendary status in all cultures where stories of its existence have arisen. 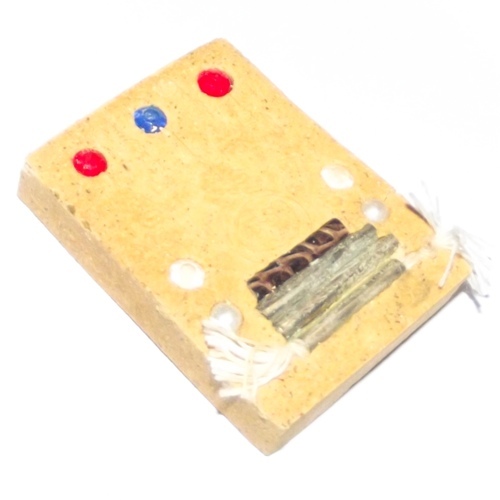 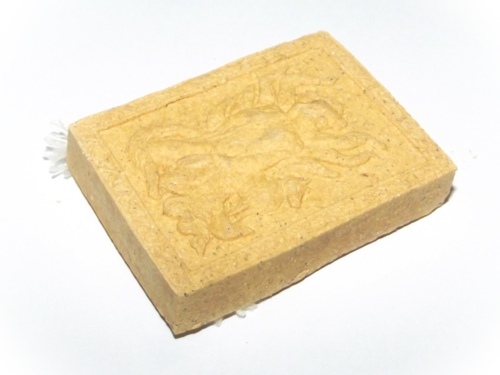 'Khrua Phu In' (Luang Phu In) has made these powerful, luxurious and very beautiful Taep Nang Jing Jok amulets, empowering them with the insertion of Takrut Hnang Ngu Hlueam (python) for an extremely powerful and subtle Metta Mahaniyom, Takrut Maha Sanaeh with the Montr Jia Naree an ancient Khmer Mantra spell that carries Immense Maha Sanaeh power, and imbibes the Muan Sarn with increased potency of Attraction. The Python takrut are empowered with the Montr Paya Ngu Pan Hlak Mad Jai - one of the most powerful Serpent Wicha, with Great Enchantment properties. 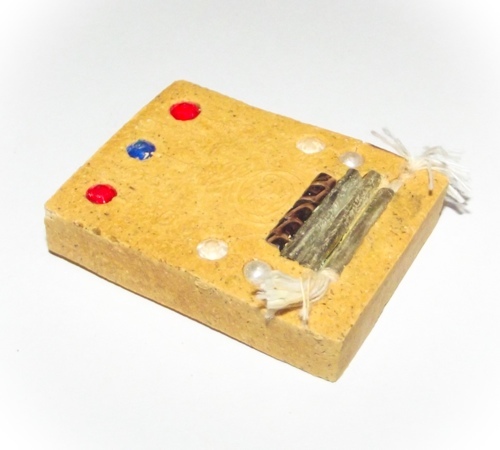 The popularity of the Nine Tals Fox deity has in recent years revived itself as if to reincarnate just as legend describes it, appearing and disappearing possessing hearts, minds and even showing itself in many forms of modern media i.e. manga, and movies. Images, statues and even bucha have been created and possibly under the infleunce of te 9 Tails Fox itself as it is known to possess the minds and even bodies of those it hypnotizes, directing them to create imagery for its vanity. 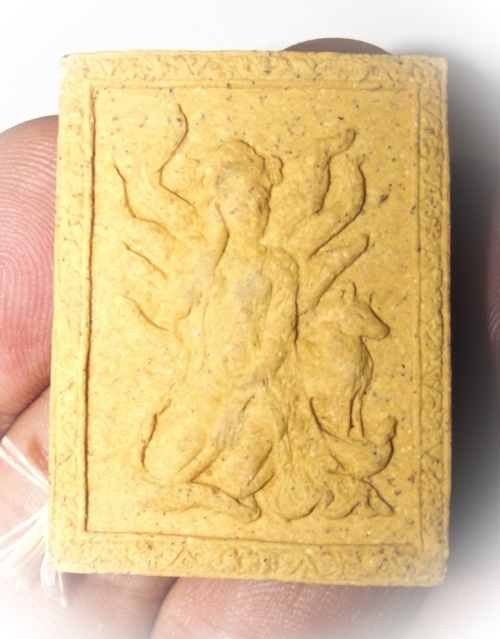 The highly seductive amulet is pressed using a Muan Sarn Nuea Wan of highly potent sacred herbs lending their innate powers to an already powerful image of the Demoness and her 9 tailes fox familiar. The Nuea Wan powders of the 9 Tails are further empowderd with Prai Maa Sanaeh powders enforcing the Prai Spirit that is the Demon Enchantress. 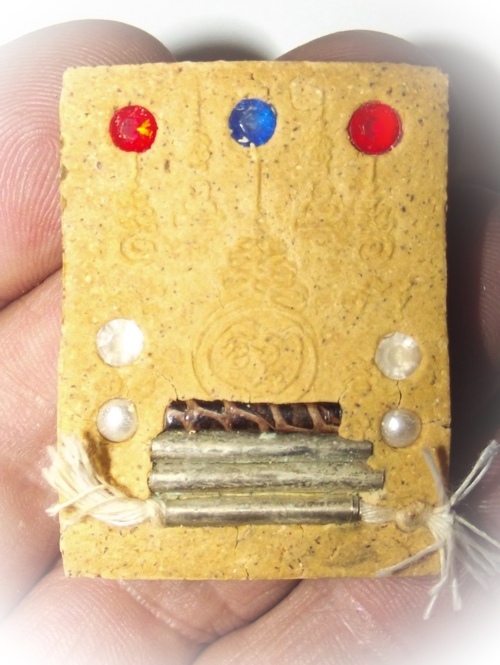 The reverse side has a Sacred Yant impressed into the powder and is surrounded by enchated semi precious Ploi Sek gems, 3 silver takrut and a Python skin Takrut that Luang Phu In is famous for which is in and of itself a highly sought after amulet eminating Metta and instilling Kong Krapan invincibility and Klaew Klaad evasion which aids in the Taep Jing Jork Gao Hangs elusive seduction and possession abilities.

This item can be obtained for free for all purchases over $400 - just add the following coupon code when making the purhase; 9TAILSFOXFREE

Do not add casing in this case, and we will automatically encase it for you before sending if taking the free option.