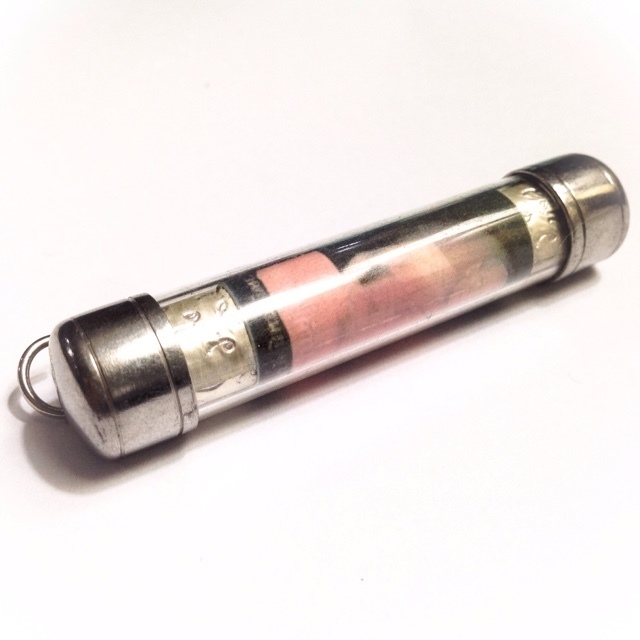 The Takrut Rok Maew was so successful when it first came out, that it was the main cause of Luang Phu Kambu's rise to International Fame, and a trajectory of the Ordained Life of a High Sangha Monk of Nationally Revered Status, and since his Final Passing came, his amulets have become ever rarer and more difficult to find.

Now, some years later, the Takrut Rok Maew, is a first edition amulet, whose rarity to find is immense. 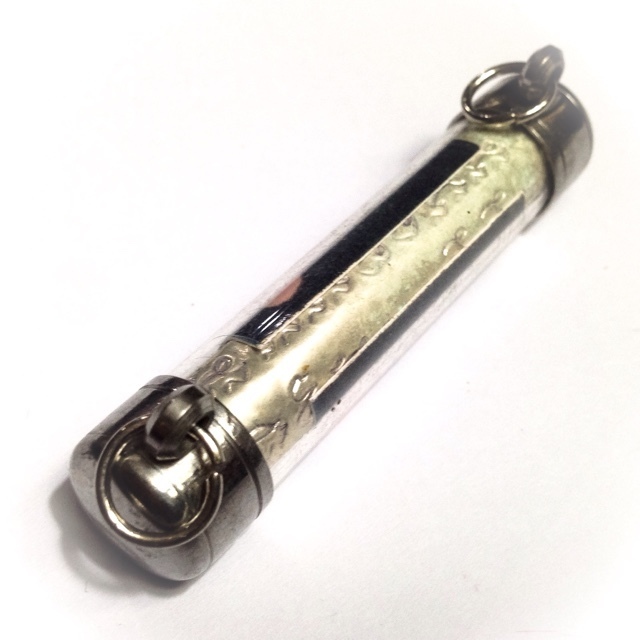 The Wicha Rok Maew is known for its power to prevent the wearer from running out of money or resources, and to provide with a constant flow of cash and worldly needs. It increases the flow of income and business, and the chances of a lucky windfall lottery win. 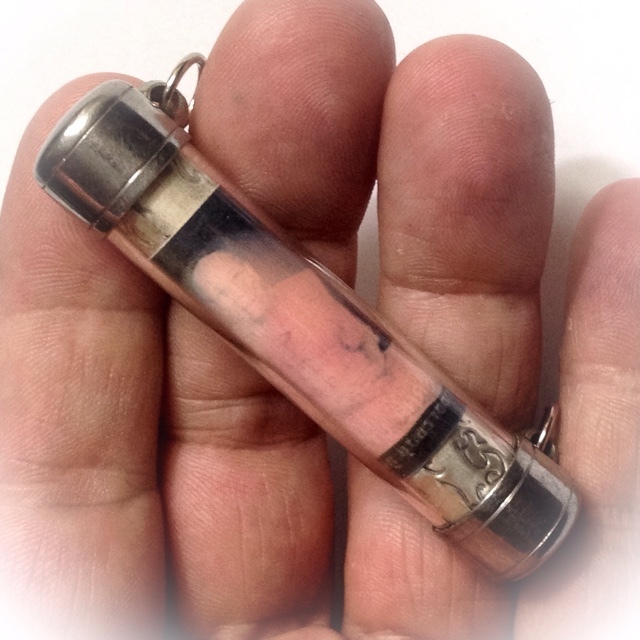 The Rok Maew (Cats Umbilical cord) must come from black cats, usually a litter of nine cats, which makes it an extremely rare item to find in nature. The amulet is a preferred item of Gamblers and Lottery players, as well as for general Metta and Maha Sanaeh usage. 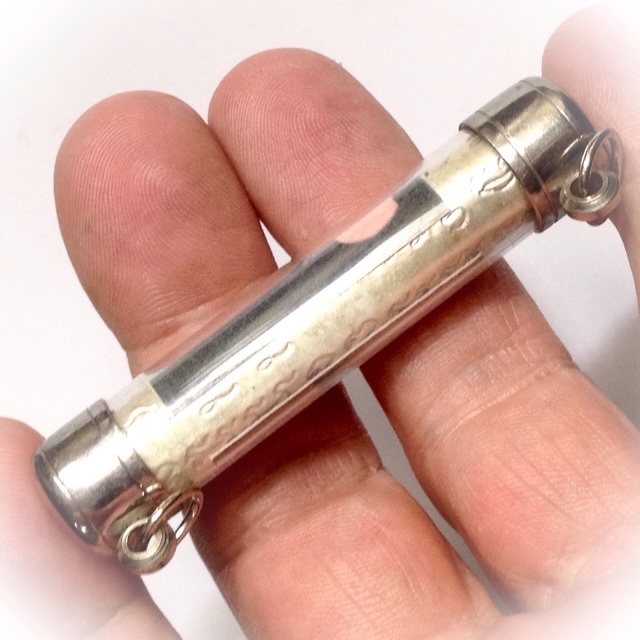 Luang Phu Kambu Kudtajidto was an Arya Sangha (high monk of true purity), who was of the Lineage of Luang Phu Ya Tan Suan, of the Phoo Non lineage. His amulets are highly worshiped, and remain undoubted by his Devotees, for their power, whose faith in the purity of Luang Phu is unwavering, due to Luang Phu's obvious Merits and easily noticeable diligent practice. 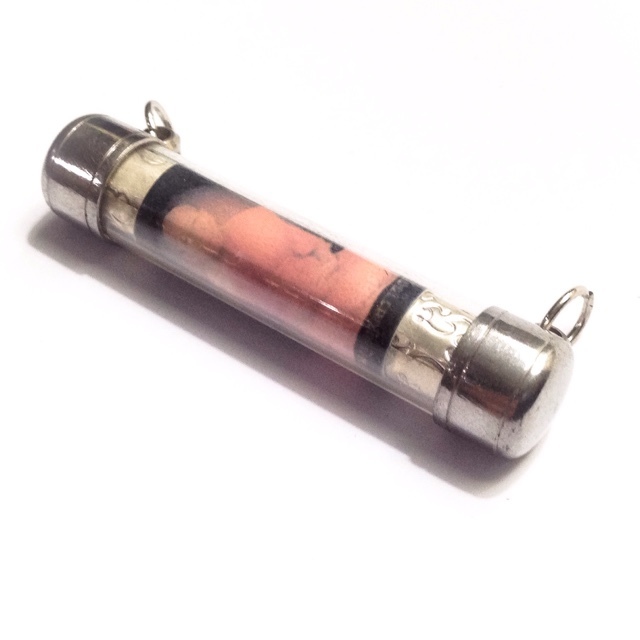 One reason that he is now so often supported and sponsored to make amulets, is the reason that those close to Luang Phu know that this Monk is a special Monk of true Purity, and that his amulets are destined to become future Classics of the High end variety, due to the fact that Luang Phu is a Truly Great Monk worthy of Reverence. 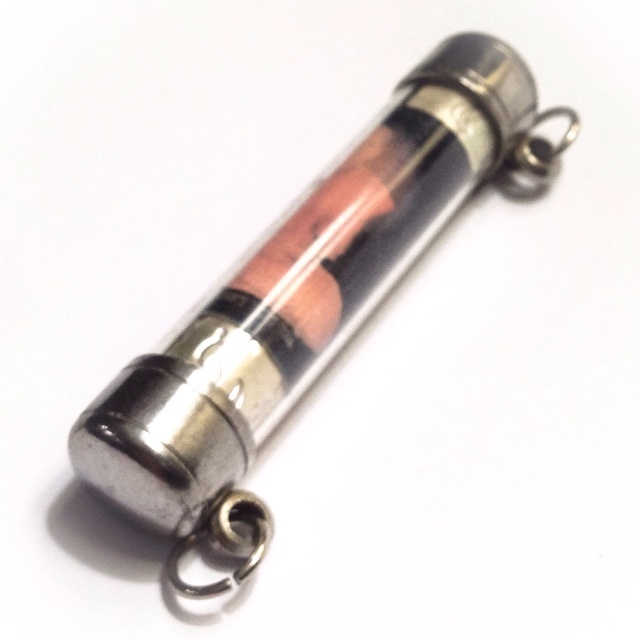 The inside of the Takrut is filled with various Magical Muan Sarn ingredients;

Luang Phu was very Adept at casting Metta and Maha Sanaeh spells, which he used to empower the Takrut with his Incantations.

The Takrut is recommended for increased sales power, Lucky Fortune seeking (gambling), and to call customers and clients to you. It is a very ancient type of Takrut which is not seen to be made so often these days. 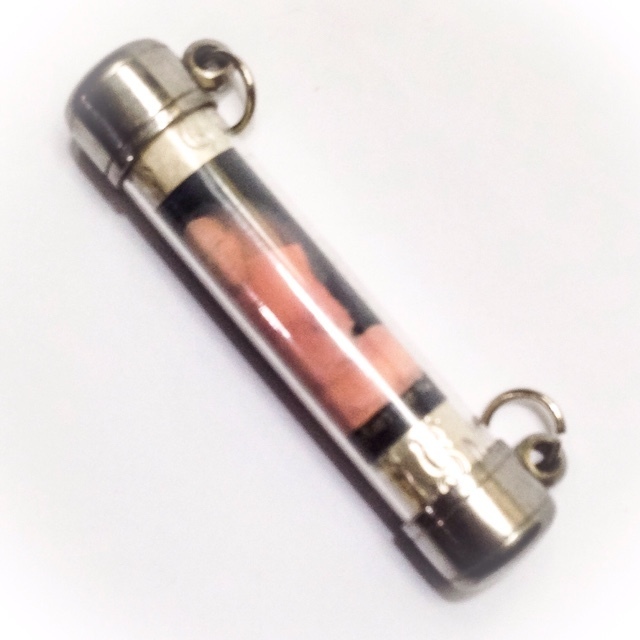 Then chant the Kata Nong Maew;


Then focus hard and think of Luang Phu Kambu and your Gurus, and make your wish. 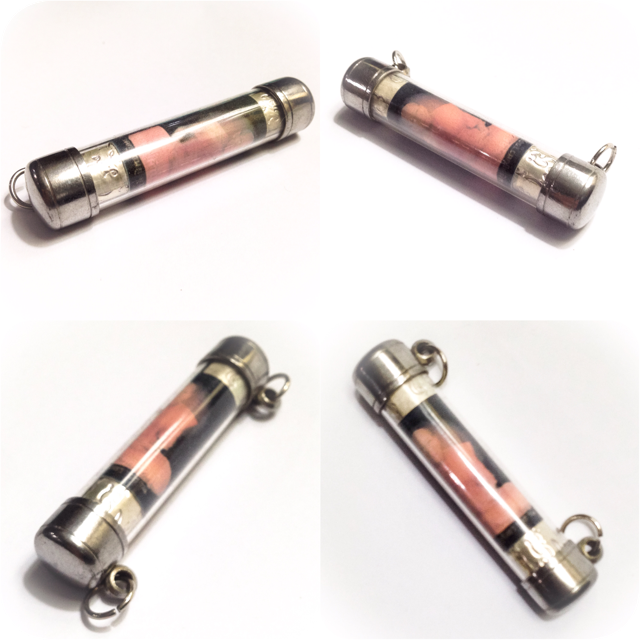