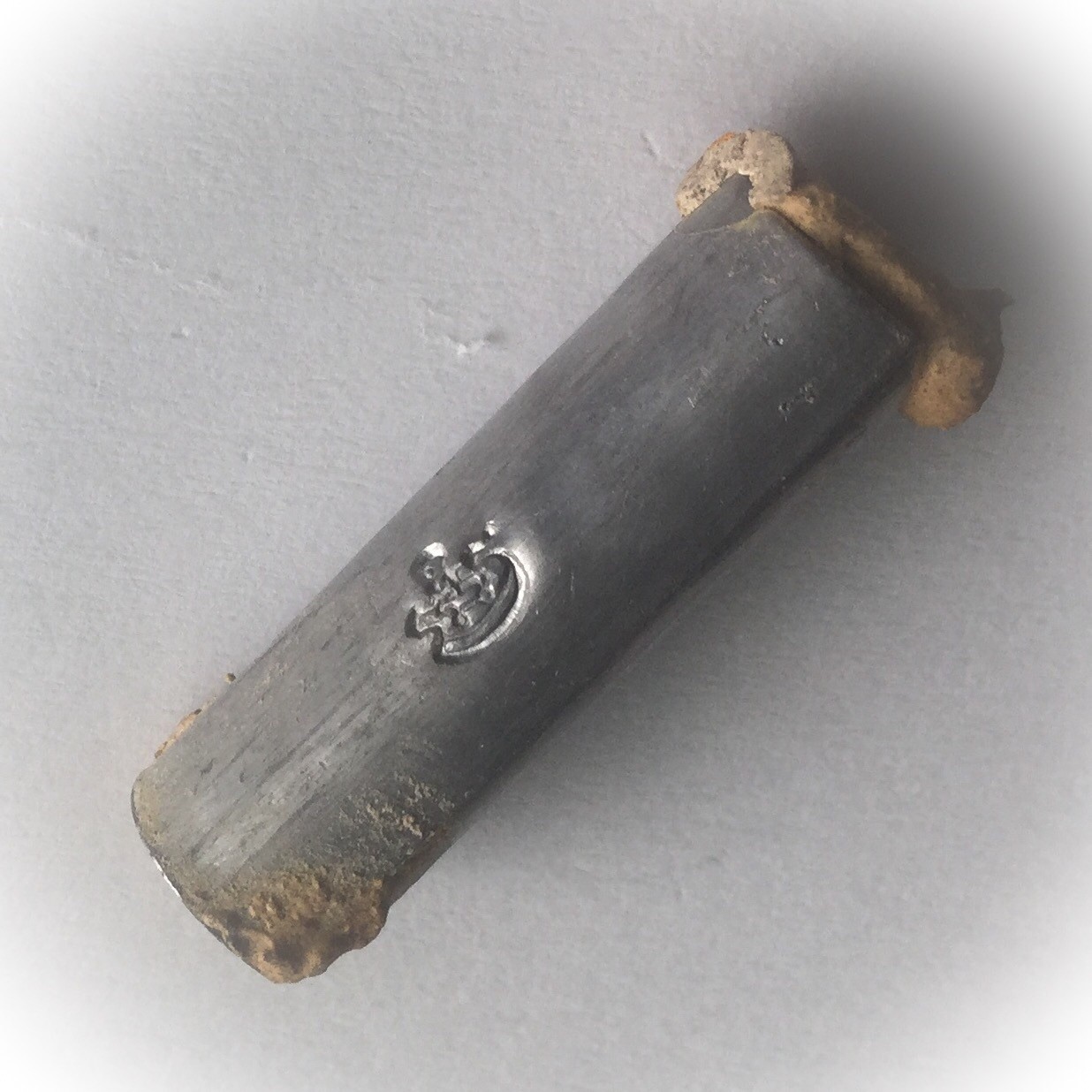 Luang Phu Noi has made these special Takrut Mercy Charms using Invocations of the Celestial Angels to send their Mercy and Blessings, and imbue the Takrut with Great Metta Maha Niyom, and Maha Sanaeh.

The Takrut are filled with powerful necromantic Kama Sutra powders, to induce immensely Seductive Maha Sanaeh Influence. Luang Phu Noi Learned the formula for making, and empowering these sacred powders, from an old Khmer Sorceror of the Lay Practitioner lineages, who was famous for his Wicha, amd was living proof of his own powers, through the fact that he had 9 beautiful wives all living together in harmony. 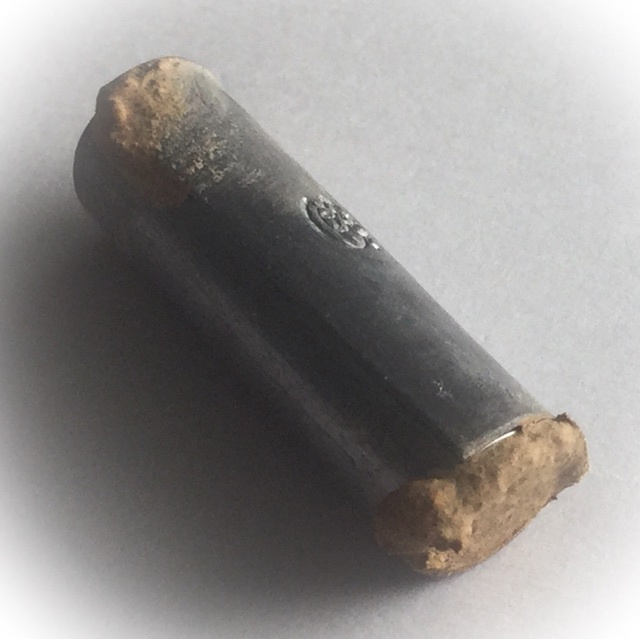 The Takrut has the Sacred Khom Agkhara letter 'MA A U' as three concentric charcters embossed, which is both a spell to call people to you, as well as a series code stamp of authenticity of this edition. Only 999 Takrut were made in all. The Kata 'Ma A U' means Ma - Maha Sangko (The Sangha) A - Arahang (The Buddha) U - Uttama Dhammo (The Dhamma).

The powders are of course a highly secret Wicha, for the obvious fact, that the formula for such an effective Maha Sanaeh powder has to be kept secret, to avoid other Sorcerors from stealing the Wicha.

This Takrut is a very small, portable and inconspicuous Amulet, which is nevertheless, stuffed full of sacred prai powders, and heavily imbued with magical power of Maha Sanaeh and Metta Maha Niyom. The spell within the Takrut calls thise un te near and attracts their attention and interest. It draws them in and enchants them, causing them to become ever more interested and attached to you. 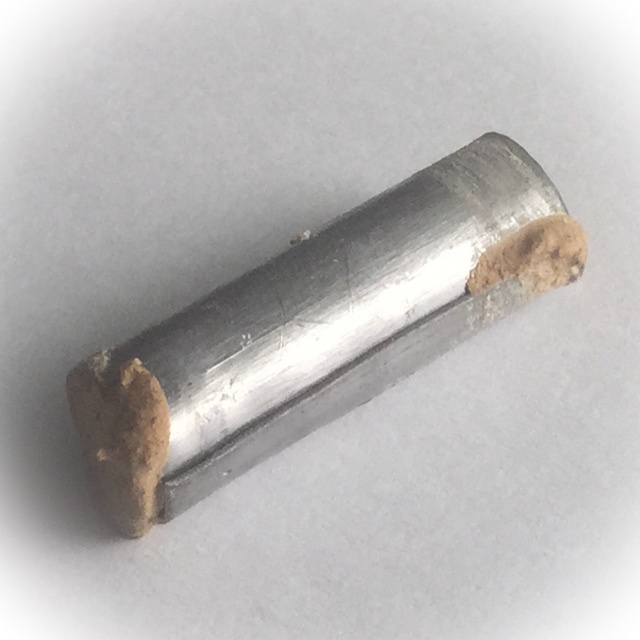 The Takrut is usable both for Amorous Exploits (seducing the opposite sex), or as a general Mercy Charm for increasing popularity, evading punishment, improving your social life, and gaining increased status and promotion in your profession. 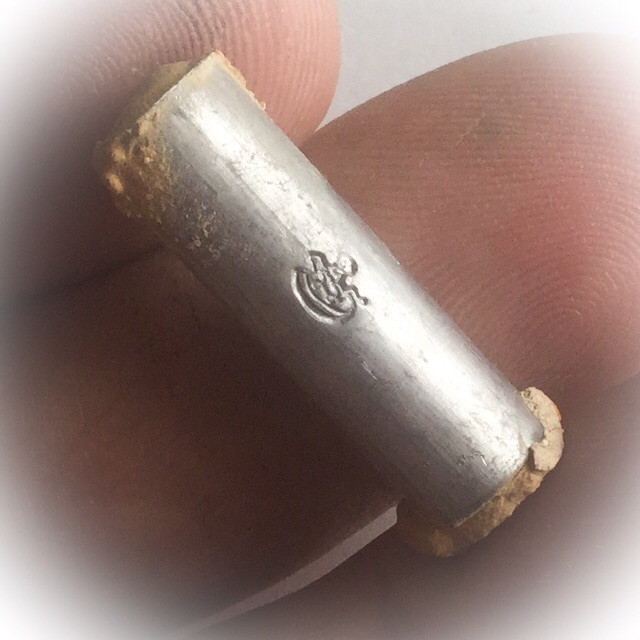 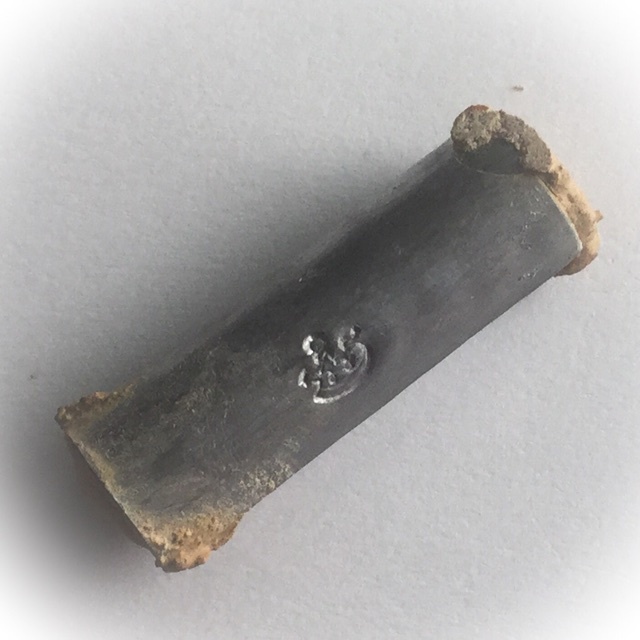 Pra Kroo Noi is hence the Abbot of one of the most famous temples for Amulets in Thai History. Pra Kroo Noi is a very diligent and stringent monk in his practice and has maintained a trajectory of flawless practices throughout his ordained life, making him an extremely beloved monk with the devotees, and a highly respected monk with the Thai Sangha. Pra Kroo Noi learned his Wicha as a direct Looksit Apprentice in Buddha Magic Wicha Saiyasart to the Great Luang Phu Mui, the Great Luang Por Te (Wat sam Ngam), and of the Great Luang Por Ngern of Wat Don Yai Horm, three of the greatest Buddhist Masters of Wicha Saiyawaet and Buddha Sastra of all Thai History. Luang Phu Pra Kroo Noi was able to receive the full teachings of Wicha from all three masters, empowering him with the Wicha Takrut, Wicha Kong Grapan Chadtri, Wicha Nam Man Prai, Wicha Kumarn Tong, and many other Adept Formulas and Spells. 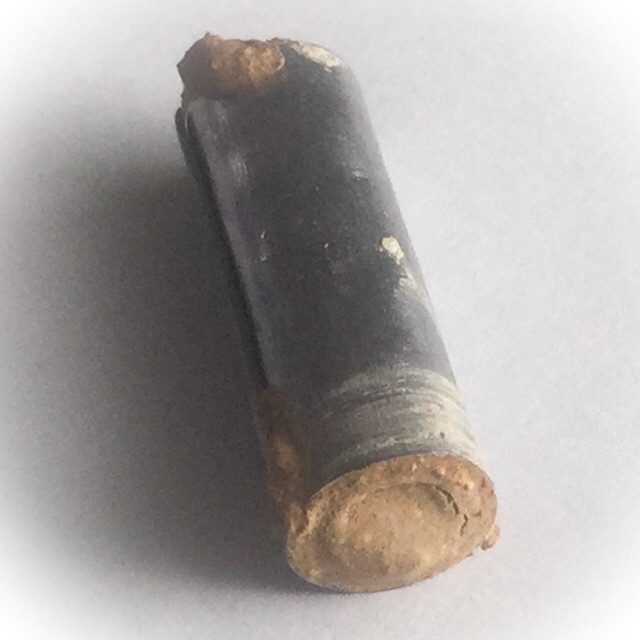