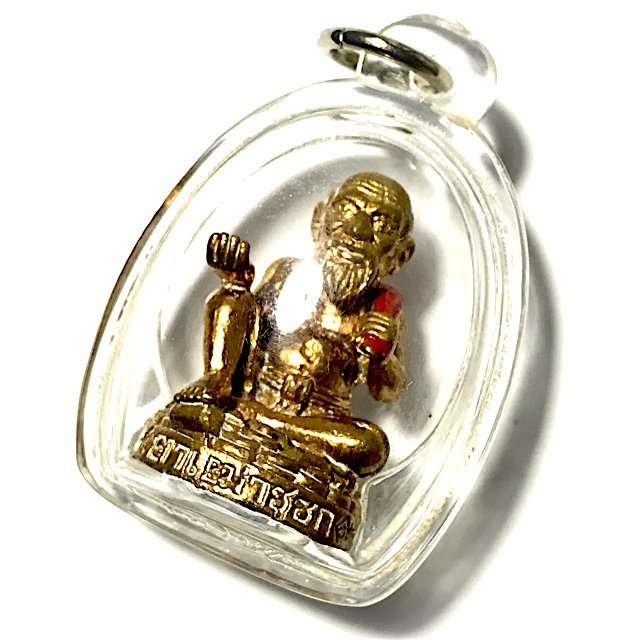 This edition is especially preferred and revered by devotees of Por Tan Prasut, due to the fact that a Tugkhae Giant Gecko appeared just as he was empowering the amulets, and made 9 calls. This was strange because Ajarn Prasut had never heard a Tugkhae in the temple before, and of course, because no Tugkhae ever calls out more than two or three times in one go. The Tugkhae isa magical beast that has the power to endow Maha Lap, Maha Sanaeh Metta Mahaniyom. 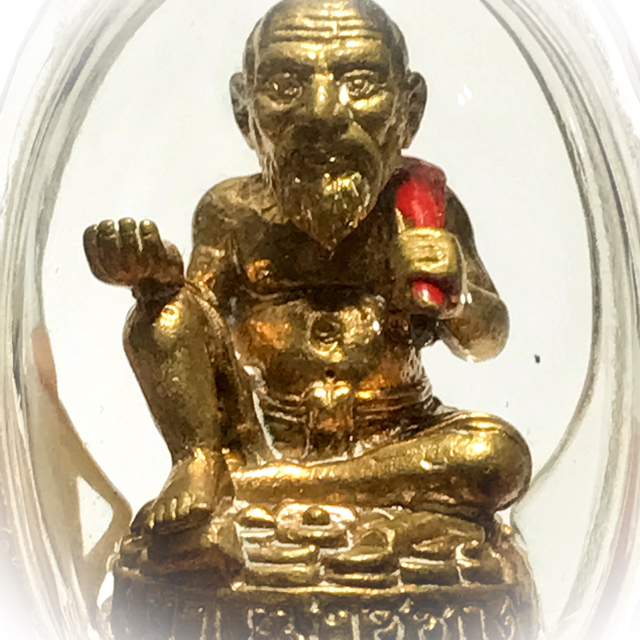 This is the second ever edition of Choo Chok amulets Ajarn Prasut has released, but this time with a special alteration to the image. This time, Por Tan Prasut insisted upon Choo Chok being invoked in his seated position, begging and receiving alms withought having to get up and make effort. 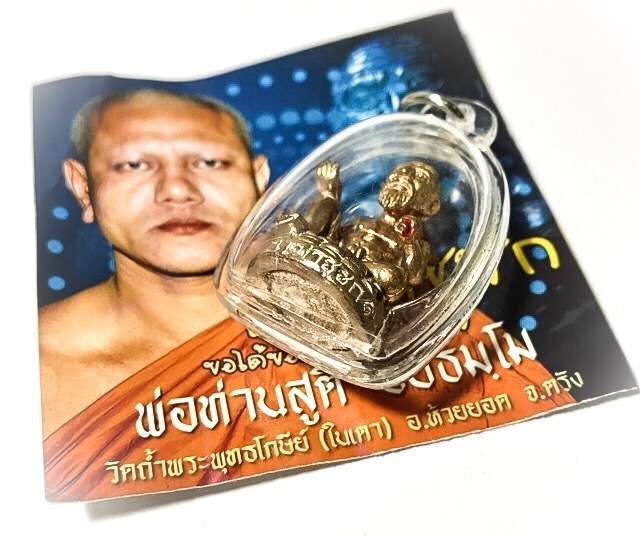 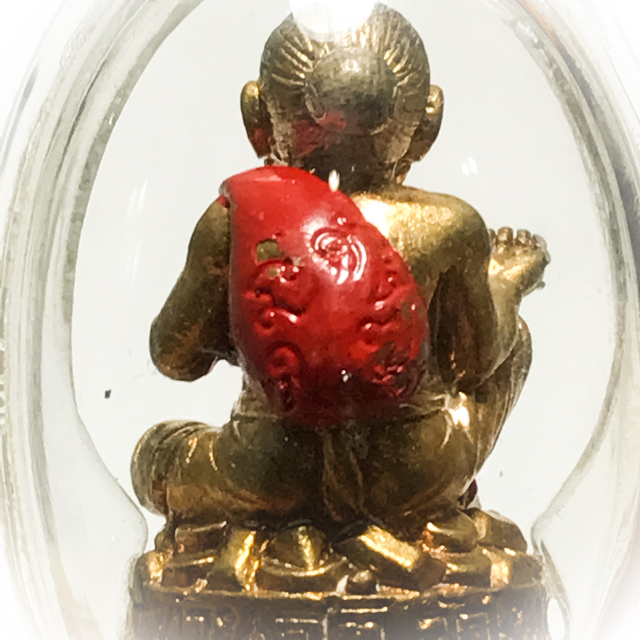 The Choo Chok is seated upon a horde of silver and gold treasure, with his hand extended to continue receiving, despite his existing great wealth. The base of the Loi Ongk Statuette is filled with powerful Muan Sarn Sacred Powders consisting of Pong UL-Lum, mixed with Pong Hua Jai Nang Wisakhaa, which increase Metta Mahaniyom Mercy Charm, helping Choo Chok to get what he wants when he asks for it. 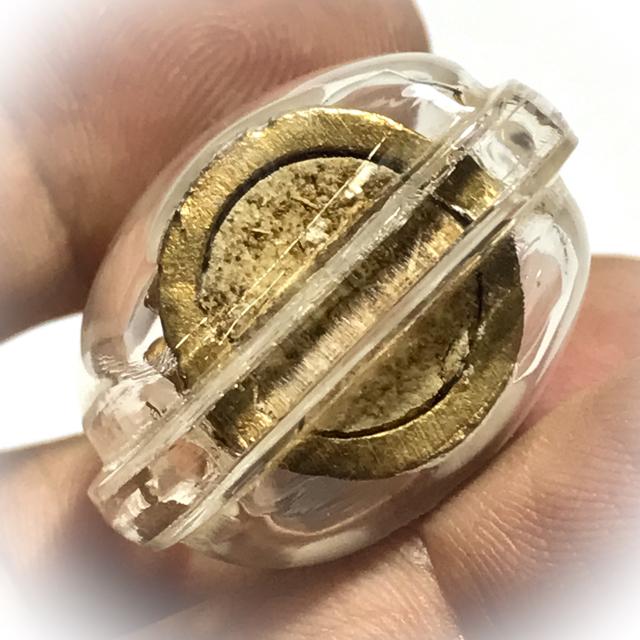 Choo Choke is naturally endowed with immense Maha Sanaeh, Choke Lap and Maha Lap power. Anything he asks for, he always gets. People never refuse his requests ever. Choo Chok is a wealth attractor for both Businessmen, Merchants and especially good for travelling salesmen. The Image of Choo Chok has very many Buddhist Connotations, due to appearing in the Jatakas as Jujaka in the last incarnation of the Buddha before he was born as Siddhatta. The Buddha was previously born as the Prince Vessantara, and completed the Perfection of Giving. 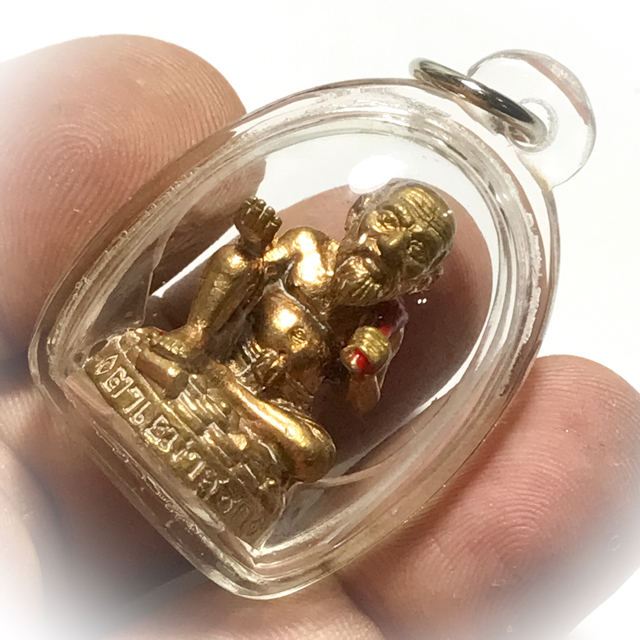 Choo Chok played a leading role in Prince Vessantaras completion of the perfection, by asking the Prince for his children, to which Vessantara conceded, and let go of his ultimate possessions and attained the ‘Maha Dhana Baramee’ (Perfection of Giving). The fact that Choo Chok was able to even ask for somebody’s children and get them, shows the immense attraction and power of Metta Mahaniyom which the beggar Choo Chok possesses. This is the reason why the Choo Chok Deity is such a powerful attractor of riches, because Choo Chok has a special Baramee that allows even the least likely gifts to be given with the greatest of ease. Sales are made so easily with Choo Chok to help. 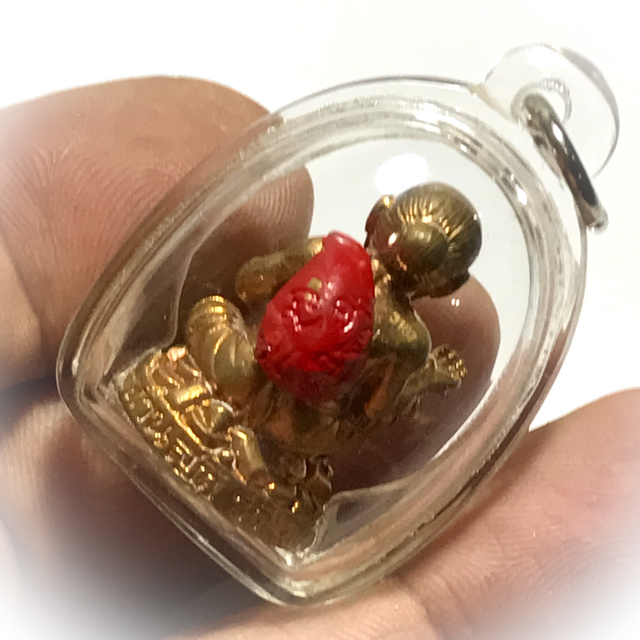 As far as Magical empowerment and sacred ingredients, the amulets of Por Tan Prasut are highly renowned for their high powered Muan Sarn Sacred Powders and Chanuan Aathan Sorcerous Substances. In addition, they are incredibly beautiful pieces of Buddhist Art, which are most definitely destined to become both 'Pra Niyom' (preferred amulet of the appreciation societies), as well as a great rarity, due to the low numbers made. 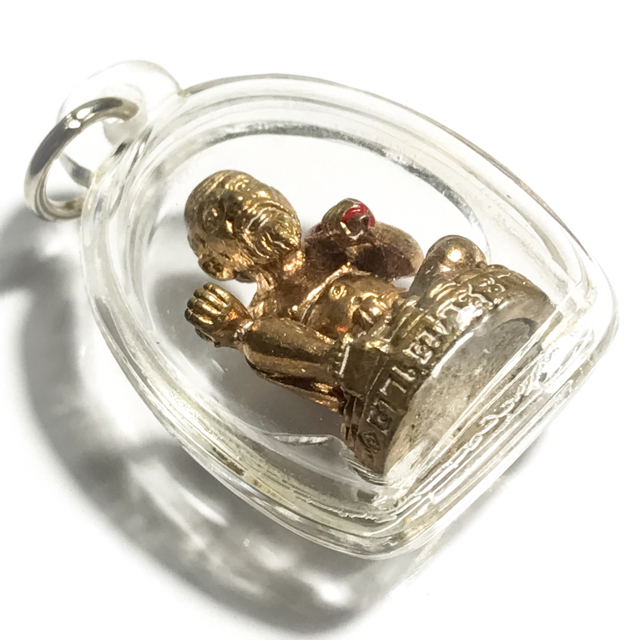 His famous Wai Kroo ceremonies attract hundreds of devotees to attend to receive blessing when he invites the Devas to attend, and Manorah Magic becomes visible in the Physical World, as people become possessed with the Devas and Ruling Spirits, and Archetypal Deities.

Pra Ajarn Prasut, is abbot of Wat Nai Tao, iin Huay Yord, Trang Province. Wat Nai Tao (Wat Tham Pra Putta Gosee), is an ancient cave temple of immense fame, for being one of the powerful temples of the Samnak Dtak Sila Khao Or Southern Academy of Sorcery, which is so highly reputed as the oldest of all Buddhist Sorcery traditions in Thailand, with a continuous Lineage transmission from Adept to Apprentice, lasting well over 1000 Years. 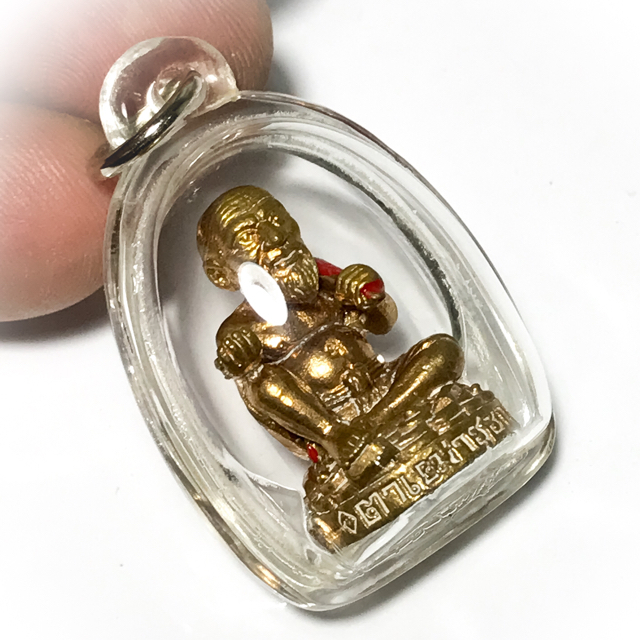 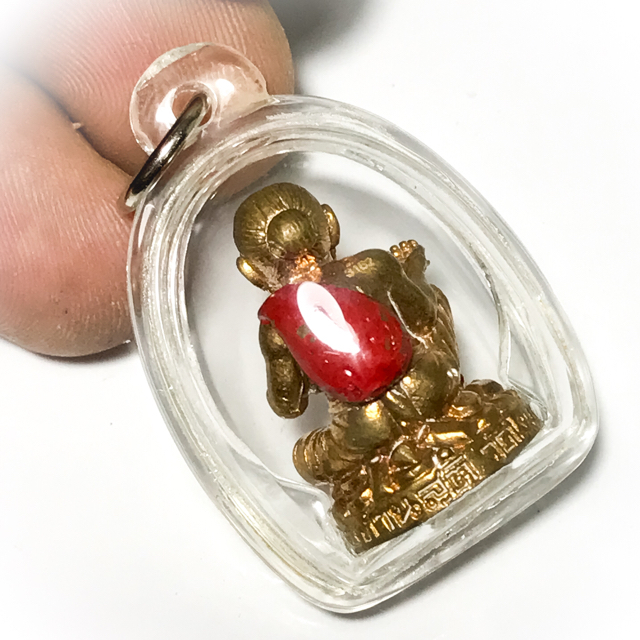 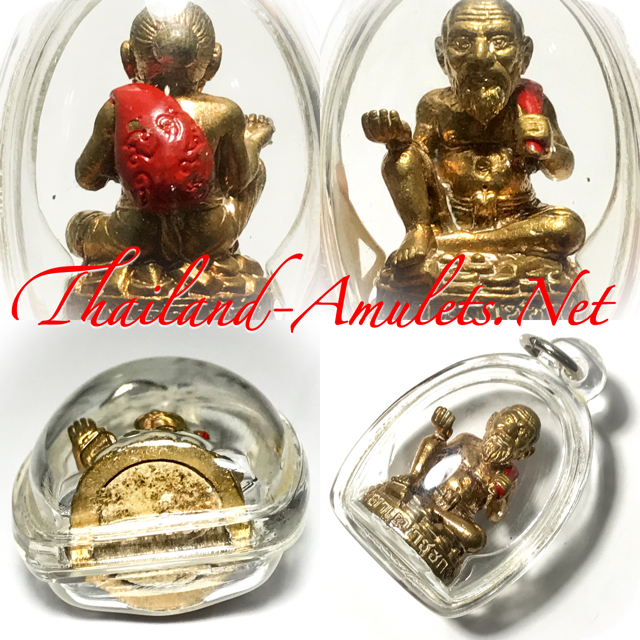