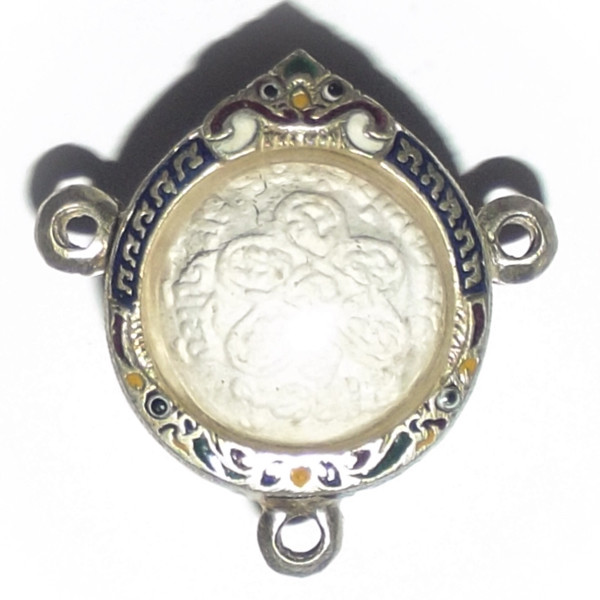 Now already a rarity since the Passing Away of the Great Luang Por Sakorn, this classic preferred edition of Look Om Pong Prai Kumarn was released in 2548 BE. The Powder Balls use Sacred Prai Kumarn Powders, Oils and Balms, and Luang Por Sakorn's own very special Sacred Powders. This edition was made in white, and also in pink powders. 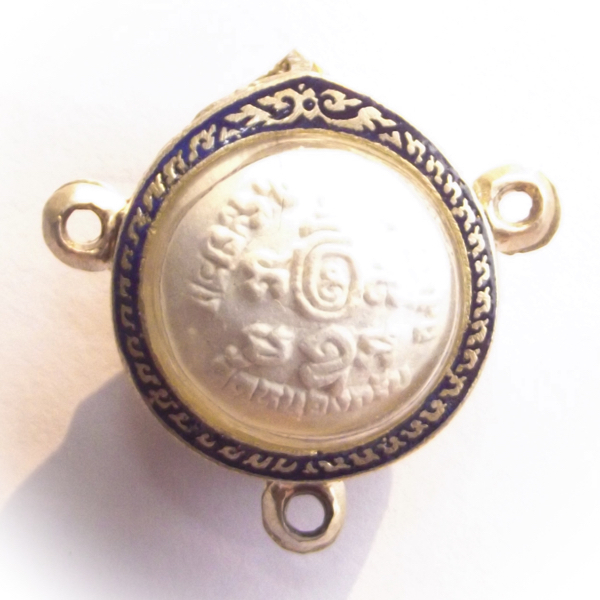 The Look Om comes with a Solid Silver Casing which has 3 pendant ring holes, in order to be used as a central neckchain attachment, to attach to the center of chain, and then hang one more amulet from the remaining pendant ring hole at the lower part of the amulet. 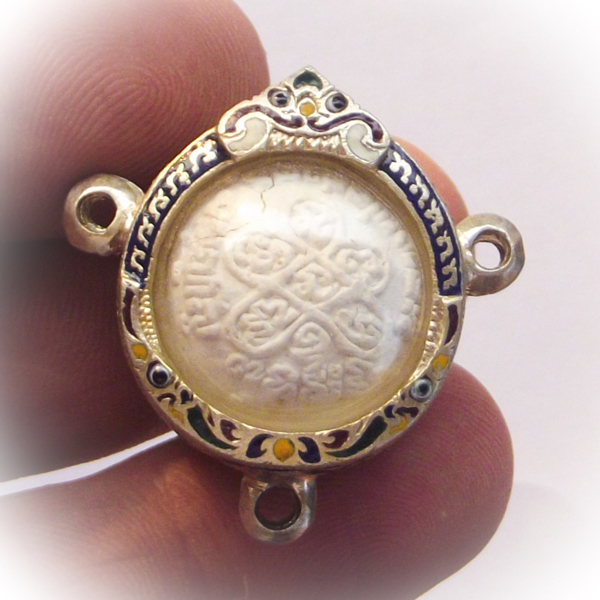 Some of these Look Om have different things hidden inside, which only Luang por Sakorn knows. This particular series has become one of the rarer Look Om from Luang Por Sakorn, and is preferred over later editions. 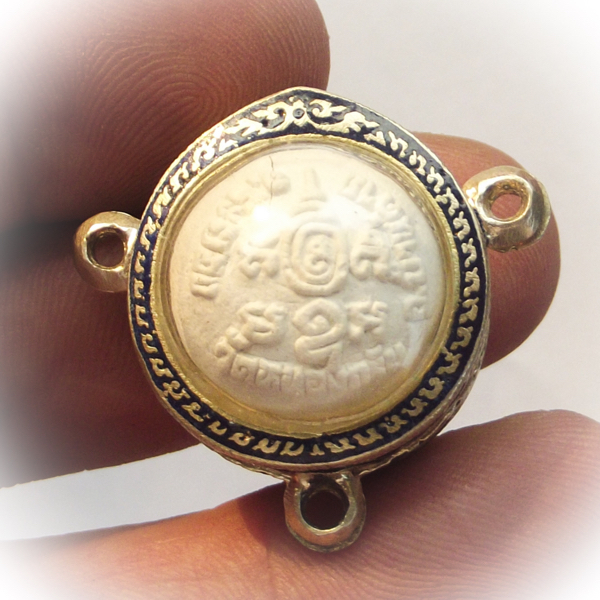 The Look Om are in our opinion, indeed as stated, made from the finest Prai Oils and Powders, second to none in this day and age. As far as Look Om are concerned, these are the finest available in this or even a much higher price range, from any Master.

Luang Por Sakorn has always been famous for his extreme diligence and attention to details with amulet creation and empowerments, and always insisted on giving his utmost attention and focus during his empowerment sessions. 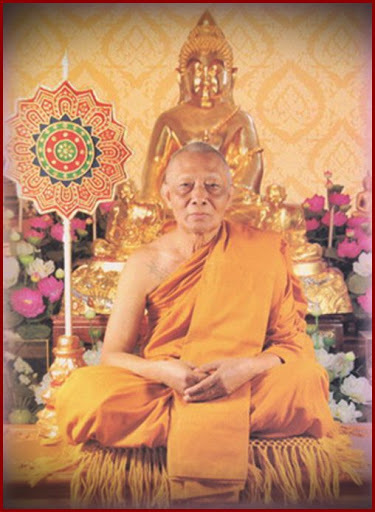 There were Miracle Tidings in the News One Year after the Passing away of this Great Master - Luang Por Sakorns Corpse does not Decay!