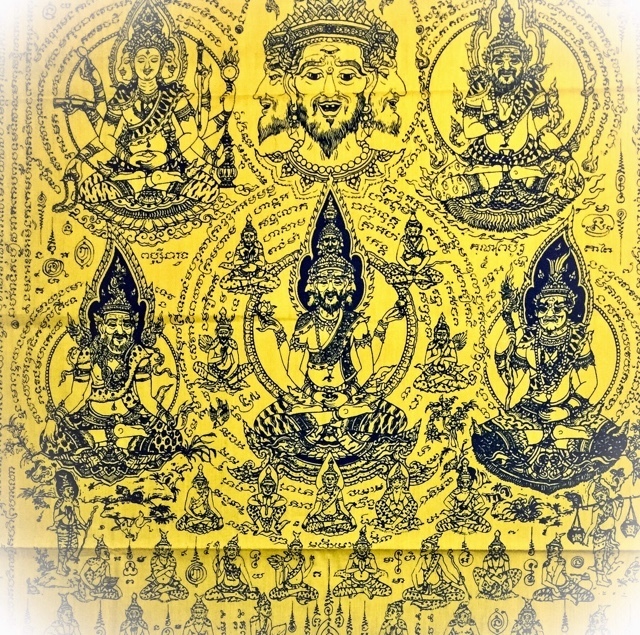 The Pha Yant measures a Giant 83 Inches High (7 Feet) x 36 Inches Wide (3 Feet), and is suitable for a room with a high ceiling, due to its immense size. The cloth is imprinted with the full Pantheon of 108 lersi Hermit Gods, and 5 Buddha Emanations, with the nine faced Navagote Lersi in the central part of the design. 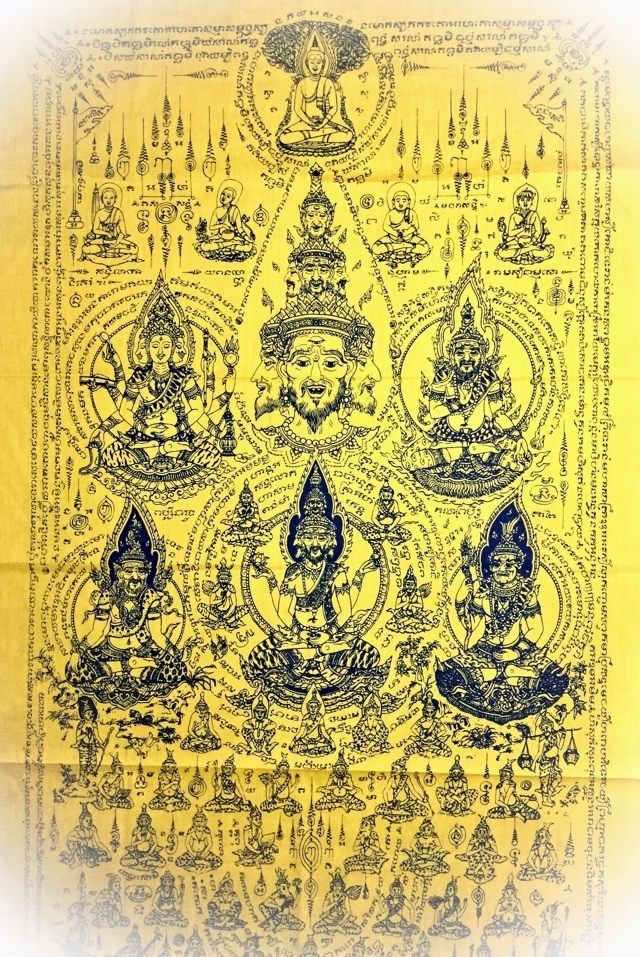 The full compendium of blessings and the invocation of all 108 Lersi Hermits during Wai Kroo Ceremony has been imbued within the Yantra Cloth. The cloth is a Masterpiece of Thai Sacred Buddhist Art, and is already a very rare and highly sought after artefact. It is indeed very rare to encounter such a large and beautiful Pha Yant, and even rarer to find a design with all 108 Lersi Hermits included in the design. 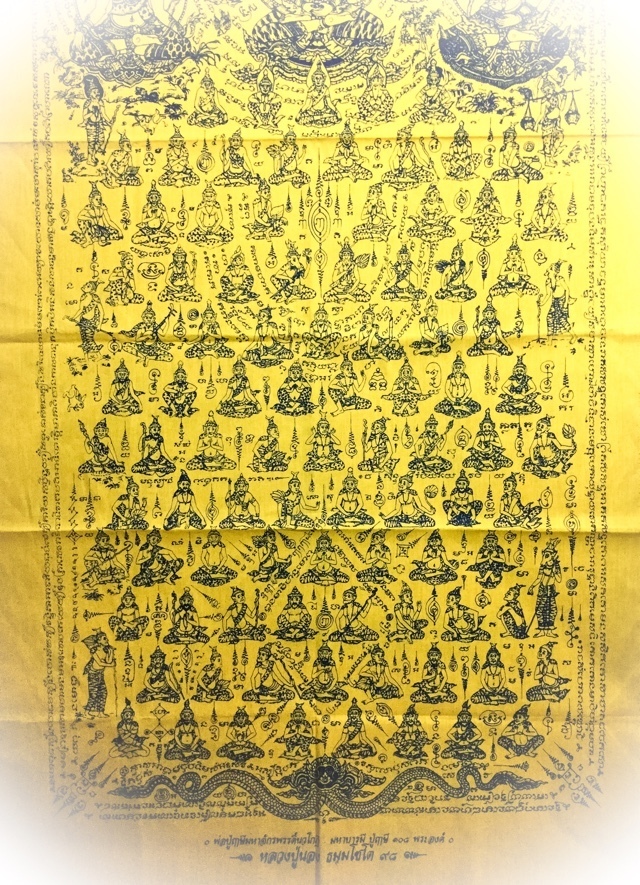 The 108 Lersi Pha Yant is crowned with 5 Arahants; The Buddha Sakyamuni under the Bodhi Tree, who is accompanied (from left to right below the Buddha Sakyamuni's feet), Pra Sivali, Pra Upakut Jok Badtr, Pra Sangkajjai, and pra Bua Khem (Upakut under the Ocean)

These Pha Yant were blessed in Wai Kroo Ruesi, after a Traimas (3 month) nightly empowerment period performed by Luang Phu Nong in his Kuti during the rain retreat. The Pha Yant were made in two colours, Yellow as 'Pheun Kroo' limited editiion of 999 made, and in Blue ink on white cloth, as 'Pheun Tammada' in limited edition of 3999 Made. 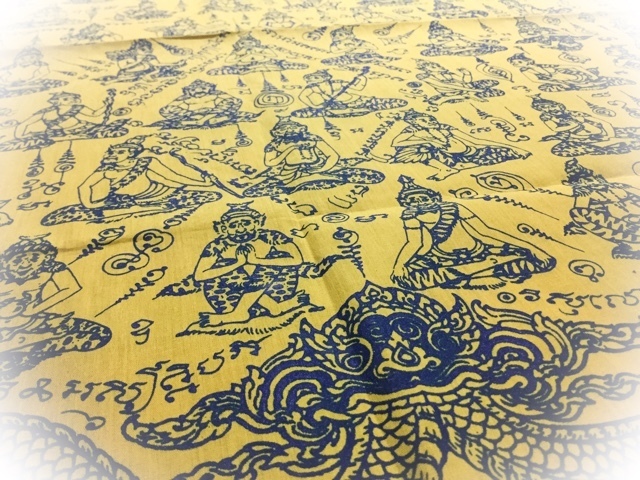 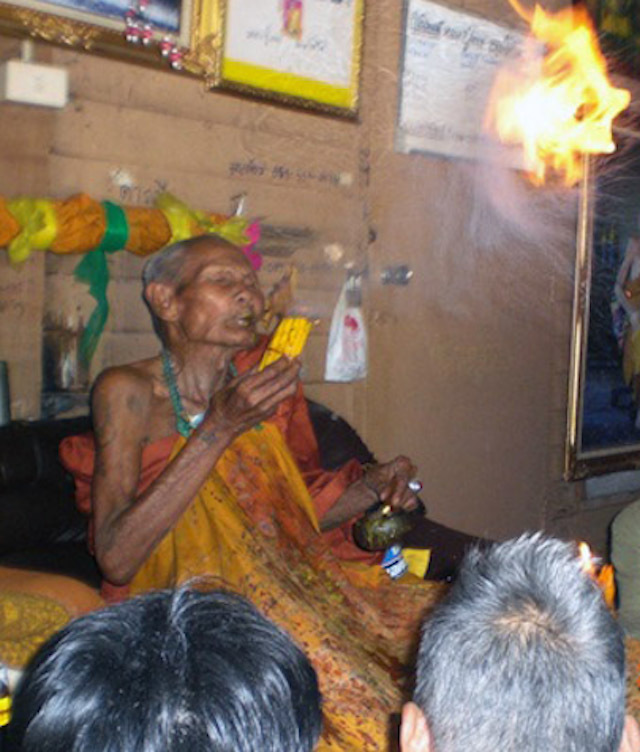 He holds the Wicha of Luang Por Derm, for which he has now taken the forefront in making Loi Ongk statuettes of the Great Guru Master (L.P. Derm), according to the correct Dtamra (formulas and shool of thought) for making Luang Por Derm statuettes. 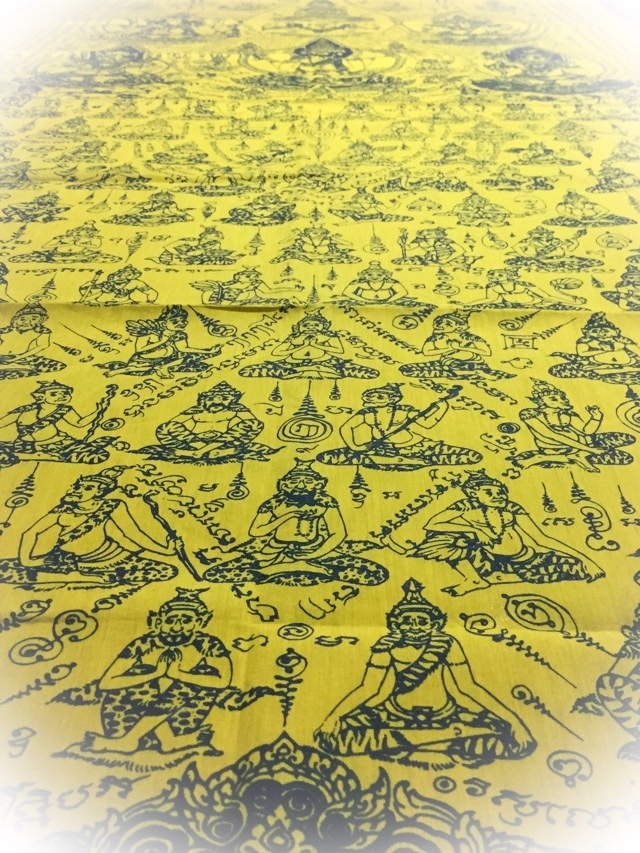 His dominion of the fire element in his empowerment methods, is the access point to all elemental magickal evocations in Thai Buddha Magic. The Fire Kasina is a form of Sorcery for which Luang Phu Nong has become one of the all time present masters, for his immense confidence in invoking and indeed evoking the Fire Kasina elemental power within his amulets. 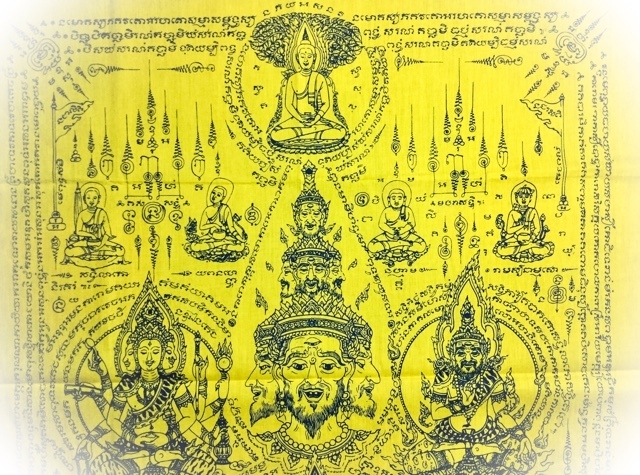 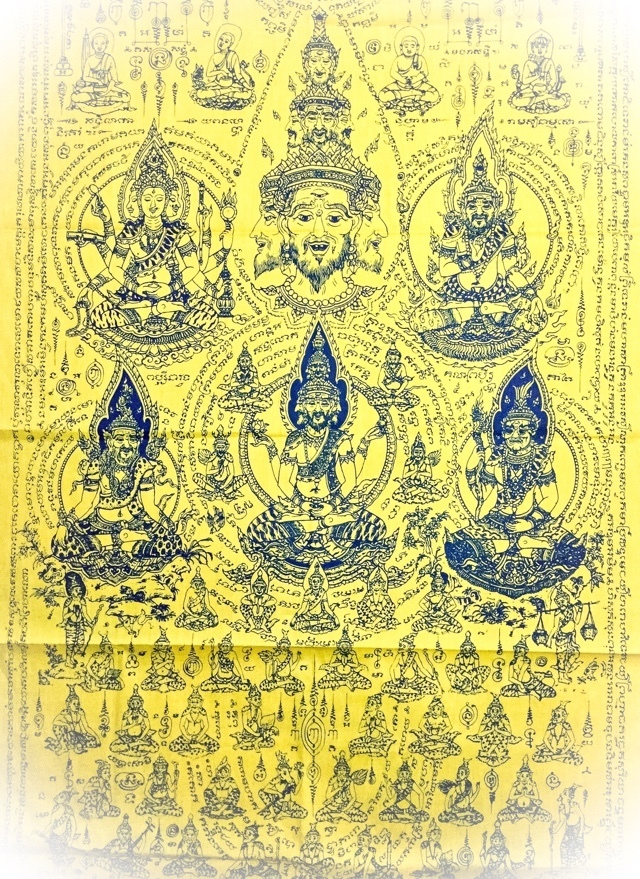 Por Gae Lersi, is a highly revered Thai Lersi Deity of Ancient Renown. There are many Legends about many different Lersi. One of the Lersi to be found so often mentioned in Thai Mythology, is Por Gae Lersi Thai Fai (Sometimes spelled “Pho Kae Ta Fai”). 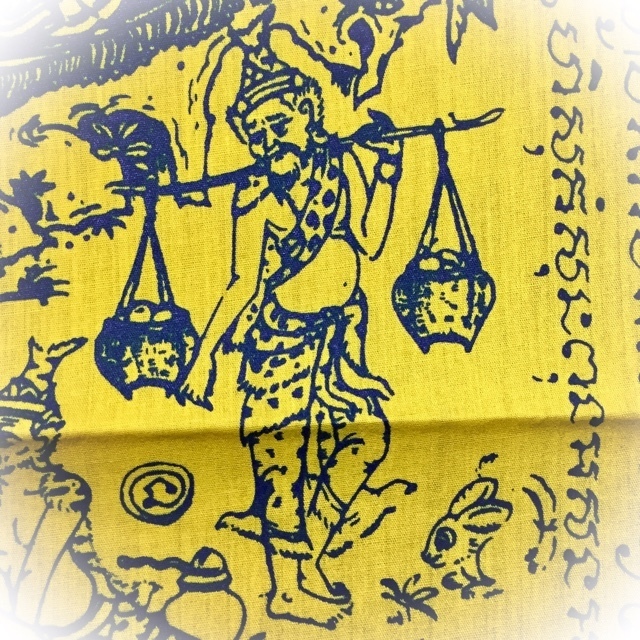 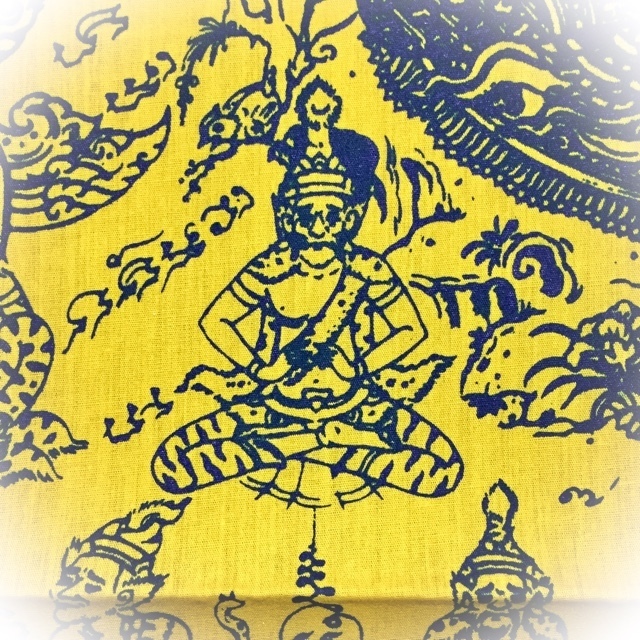 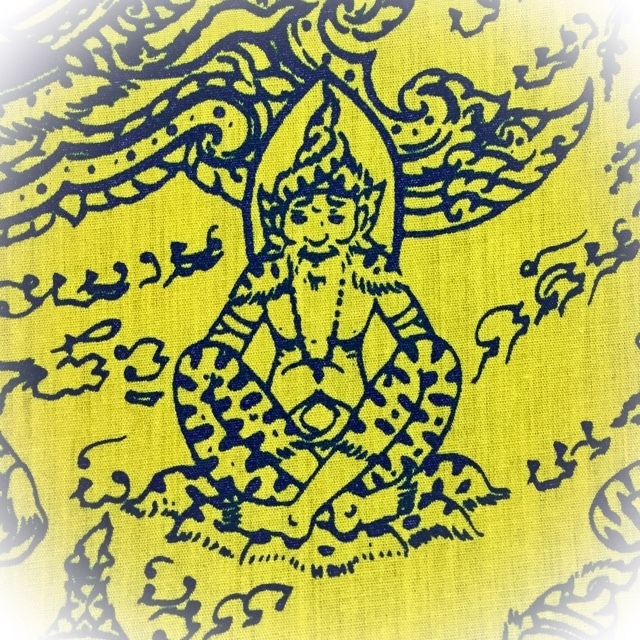 Por Gae defends these 'Wicha' etheral knowledges from both the ignorant who wish to destroy them, as well as the ignorant not ready to learn them.

The Lersi commands respect and gives knowledge to those ready to accept the power that comes with the Lersi Path. 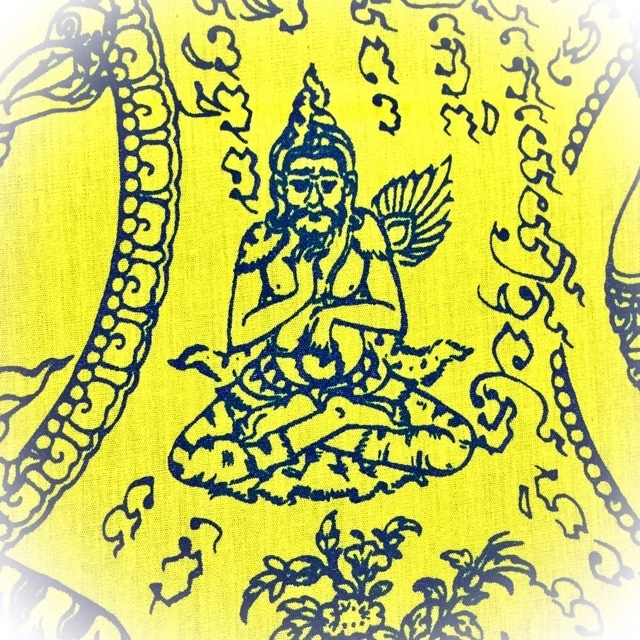 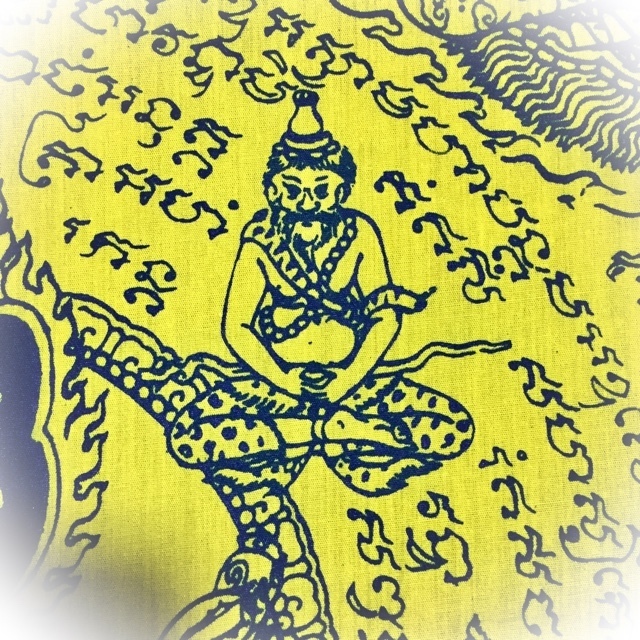 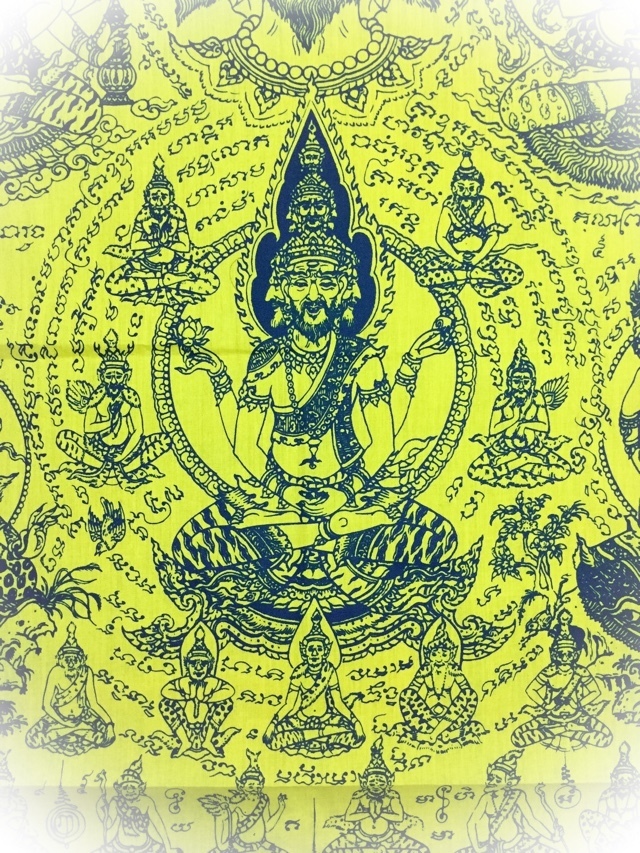 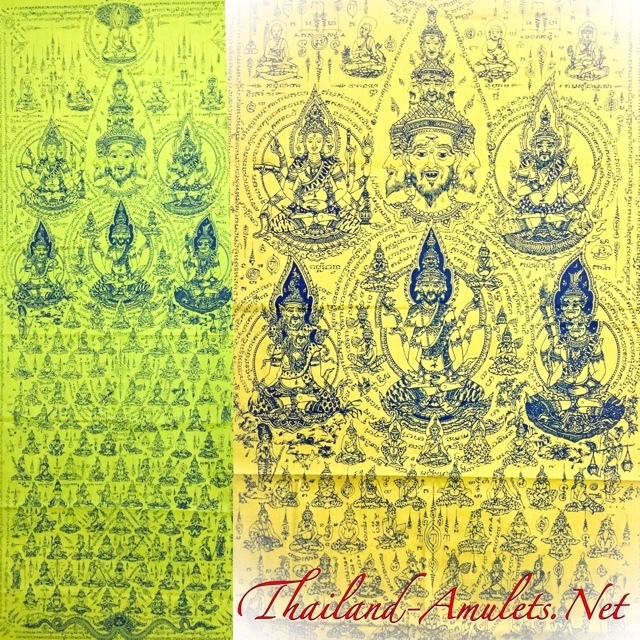 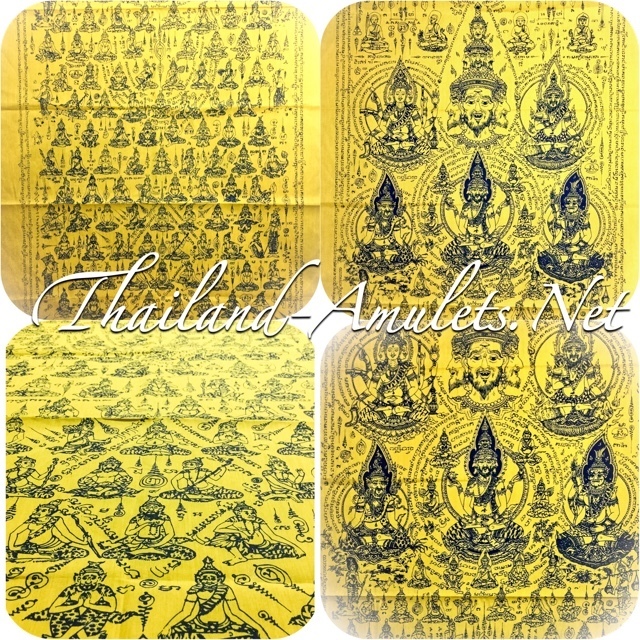