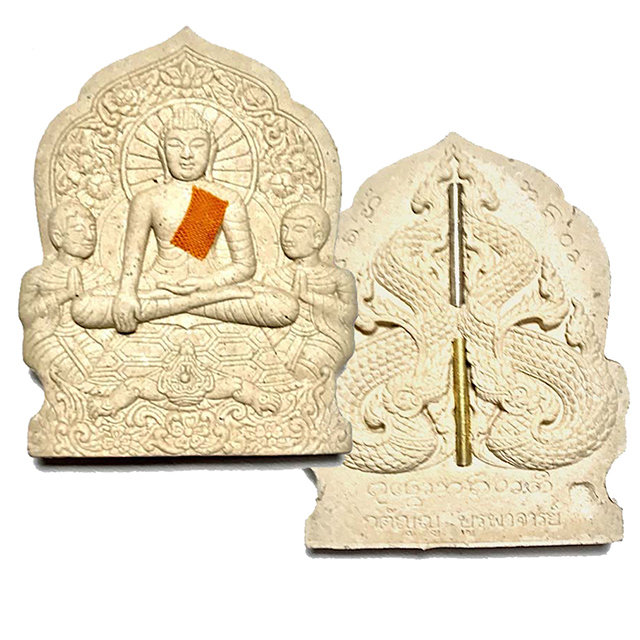 Pra Putta Metta Hlang Paya Nak Koo Fang Takrut; Buddha Sakyamuni, with Sāributra and Maudgalyāyana Arahants in attendance, with Naga Serpents entwined on the rear face, and two Takrut (silver and gold colour) inserted into the Muan Sarn. Maudgalyāyana (Pali: Moggallāna), also known as Mahāmaudgalyāyana, was one of the Sakyamuni Buddha's closest disciples. Described as a contemporary of disciples such as Subhuti, Śāriputra (Pali: Sāriputta), and Mahākasyapa, he is considered the second of the Buddha's two foremost male disciples, together with Śāriputra.

This exhibit is made in Creamy-White Nuea Pong Puttakun Sacred Yantra Powders. This series of auspicious purely Buddhist amulets were released in various colours of Muan Sarn Sacred Powders, with some special gold leaf coated versions, and some hand painted versions as Ongk Kroo top of the range. 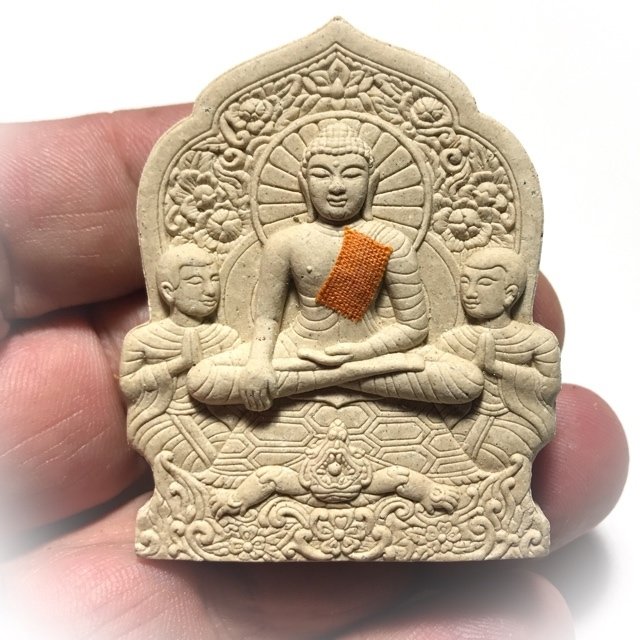 The amulets are exquisitely designed, featuring the Buddha seated over Pra Rahu, and his two Great Savaka Disciples in attendance, who were both Arahants in their own right, Mokkhallana (Maugdalyayana) and Sariputra Arahants. 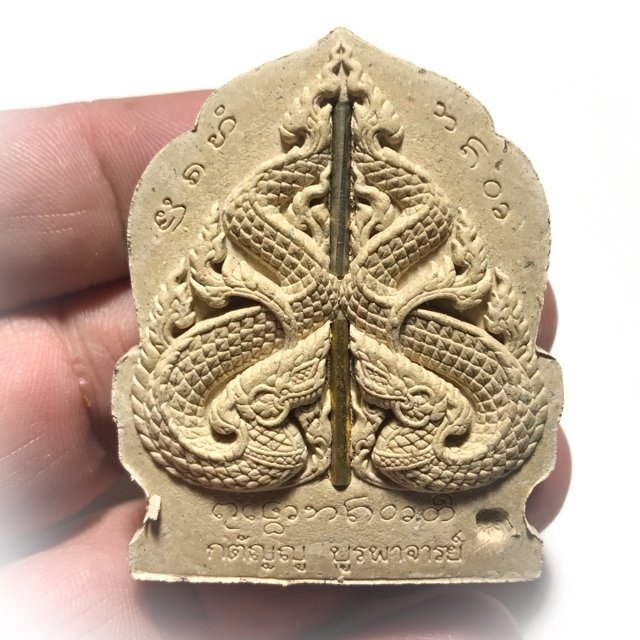 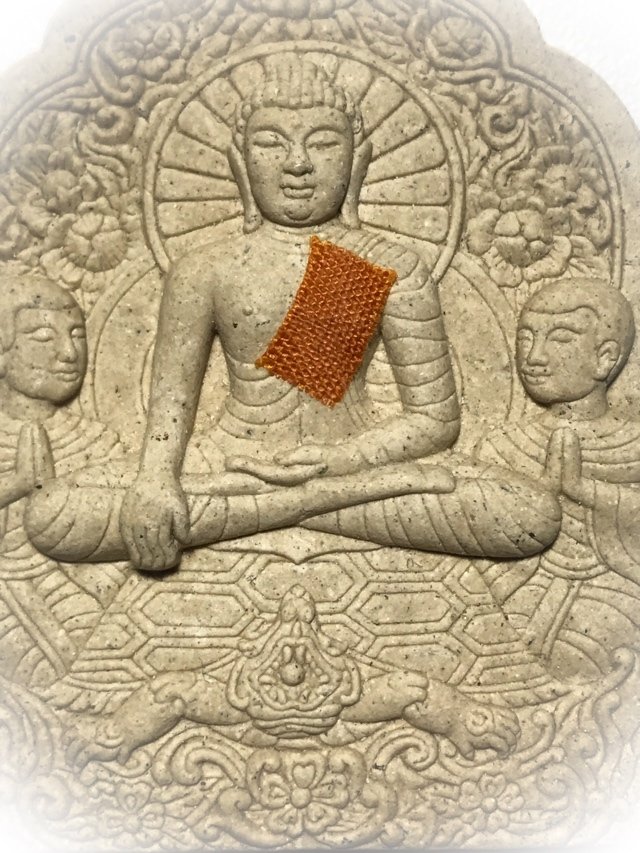 Kroo Ba Gaet has made this edition in honour of his Kroo Ba Ajarn the great deceased Master Kroo Ba Noi, whose mummified remains are still enshrined in gold leaf in the mausoleum at Wat Ban Bpong, for devotees to worship and Pray for Miracles. 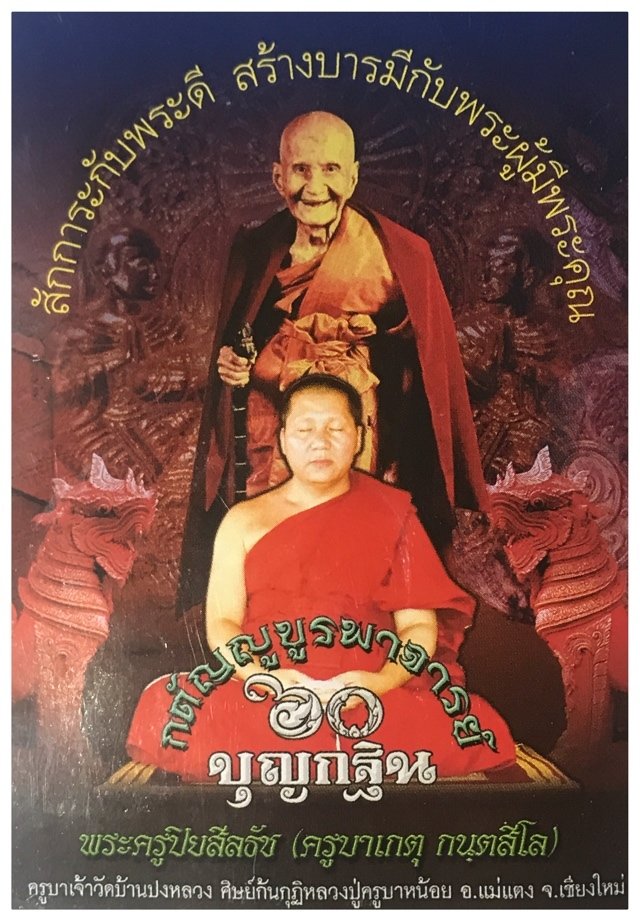 The amulets are purely Buddhist and highly recommendable for Dhamma Practitioners, as Buddhanussati (remembrance of the Lord Buddha's Enlightenment), to strengthen your own practice, and to attract auspicious Karma into your life, as well as to increase your Mercy Charm and Lucky Fortunes, and Protect from Physical and Spiritual Endangerment. 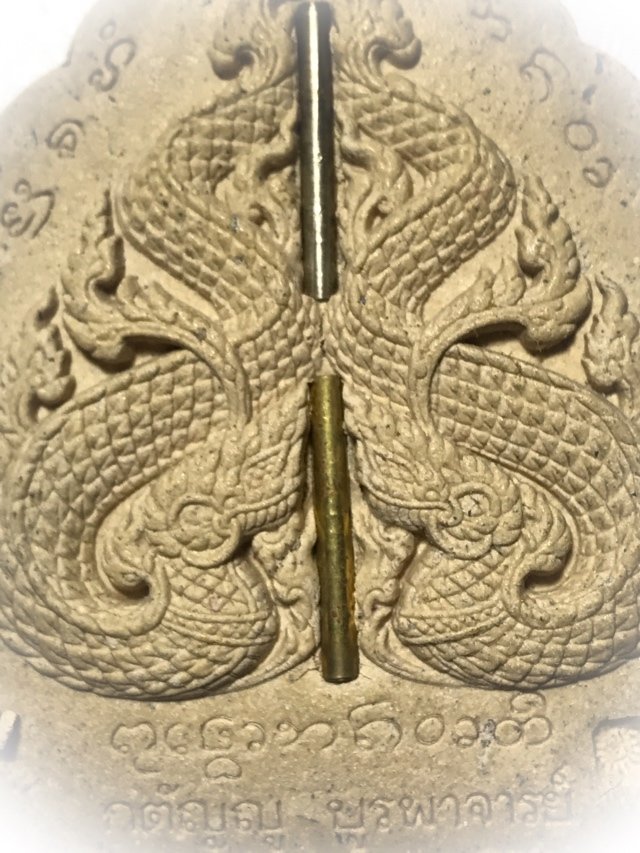 The front face of the amulet is empowered with the power of Pra Rahu Asura Deva eating the moon and sun, who alters and improves the line of Fate and the Hososcope, with the Buddha Sakyamuni flanked by two of the Great Arahants, protects from all Maras with the Image of Buddha, Conquers all Magical Attacks through Maugdalyayana's Psychic Powers, and Convinces others with Mercy Charm through the explanatory powers of Saributra. All three provide Mercy Charm and Induce Compassion in the Hearts of Others who Approach. 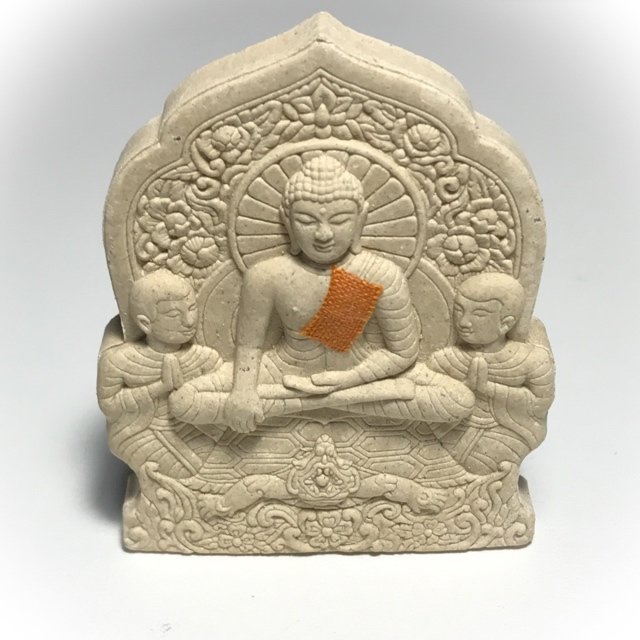 The rear face is empowered with entwined Nagas 'Nak Giaw' and two Takrut spells embedded within the Muan Sarn Sacred Clay with the Hua Jai heart invocations to reanimate and imbue the Nagas with living minds. The front face emanates purely auspicious aura of compassion inducing Buddhakhun Power of the Enlightened Arahants. 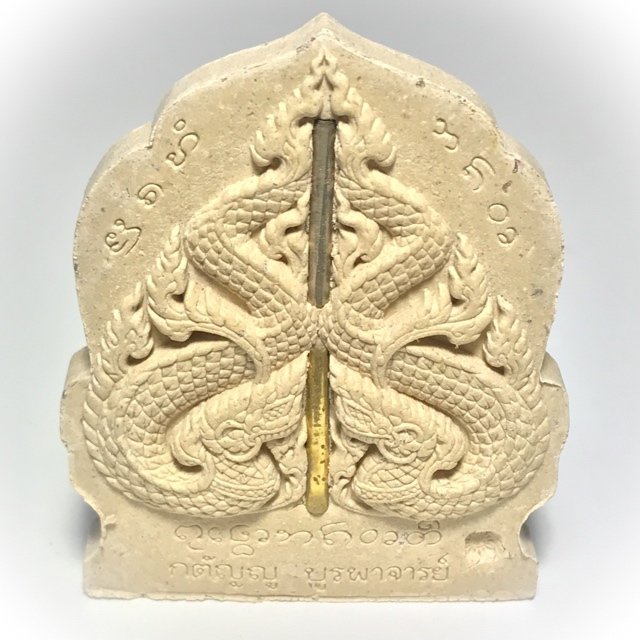 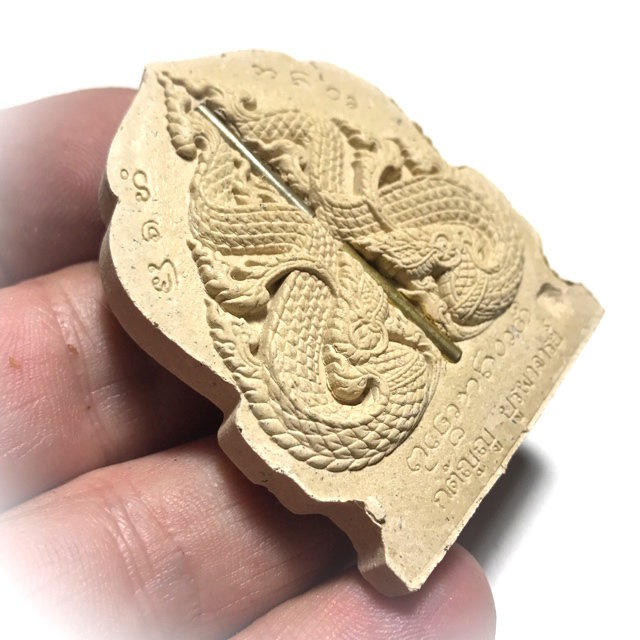 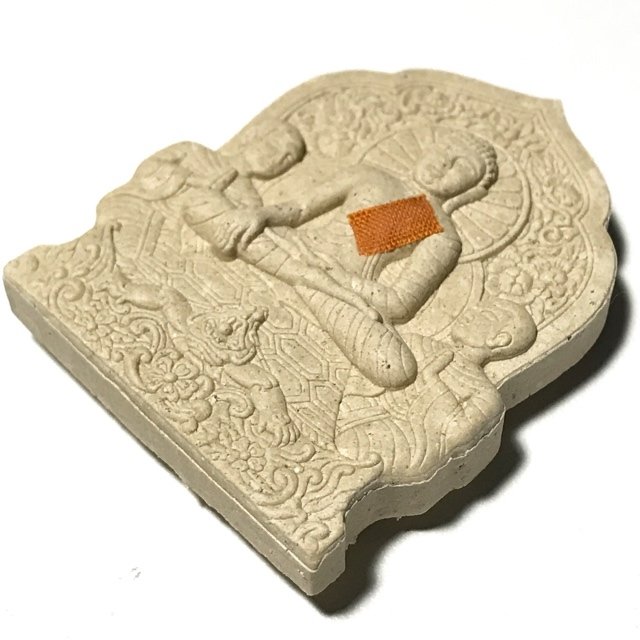 How to Pray to Thai Buddhist Amulets

Then Make a Wish/Prayer, and continue with; 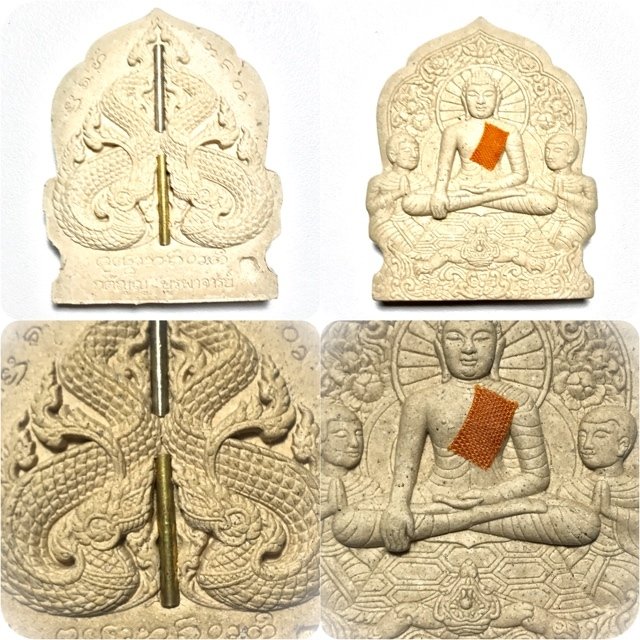