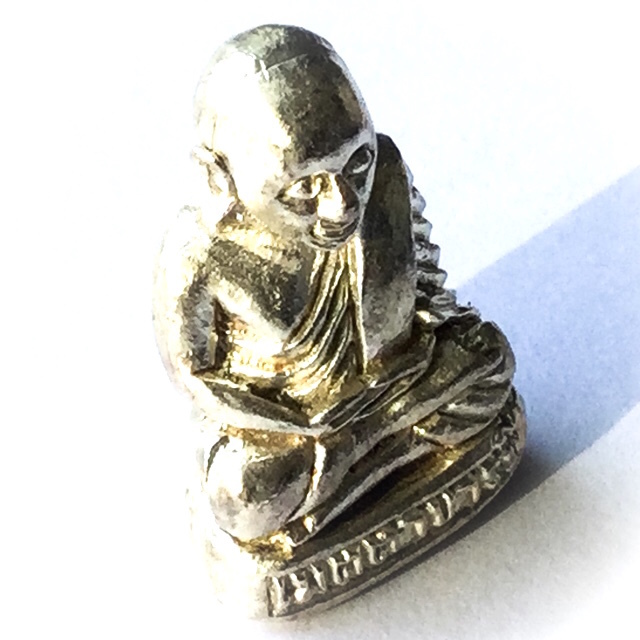 Released at Wat Hiranyaram (Commonly known as Wat Bang Klan) in Pijit after an extensive Major Buddha Abhiseka Blessing performed over a three days and nights period on the 3,4 and 5th October 2545 BE, in the Ceremonial Dais of the Uposatha Shrine Room at Wat Bang Klan.

The metallic Loi Ongk statuettes are cast in classic style of the Pim Hnaa Yim Siarn Dto Luang Por Ngern amulet, and uses the casting method which adheres the most to the traditional and original method used in olden days. 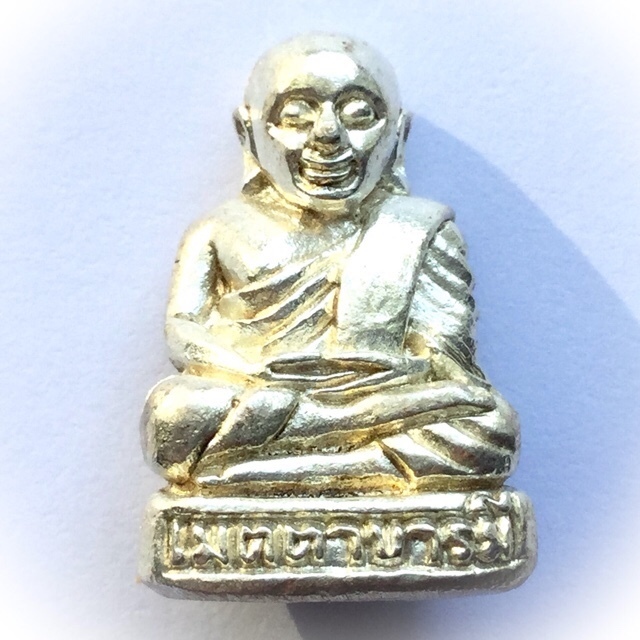 These classic cast Albaca amulets are from a famous year edition, which are part of the continuing tradition of making images of the original Pra Luang Por Ngern statuettes, which has been practiced at Wat Bang Klan since the first edition amulet. 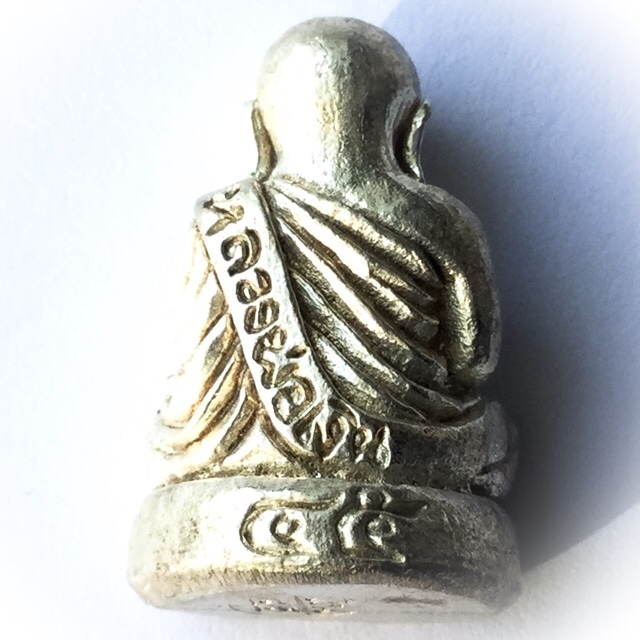 Every edition which is released at Wat Bang Klan becomes a famous edition, and every edition sells out, and the prices rise fast in short periods of time. This is a phenomenon in Thailand that will not disappear, because the fact that all Luang Por Ngern amulets become rarities and increase in value, regardless of which year or edition. 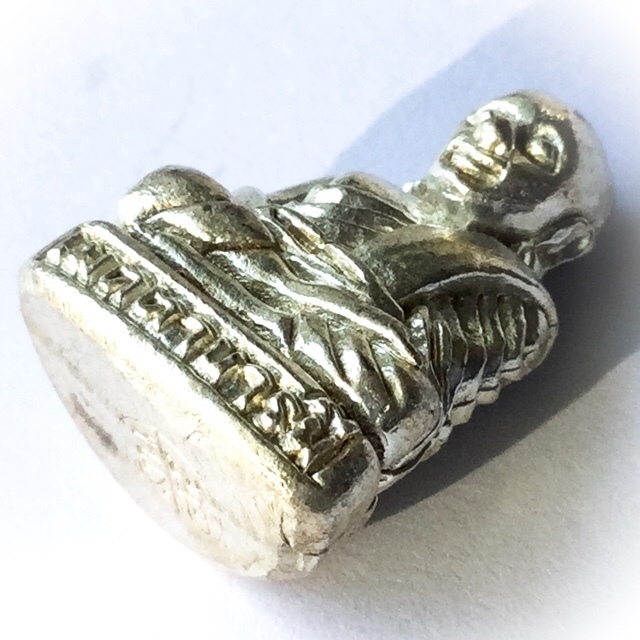 But it can be said, that all editions which are released with the last number of the edition name being the number 5, are the most highly preferred (e.g. 2535, 2525, 2515, 2545). So it is then, that one edition every decade, namely the one that falls on the fifth year of that decade, is the preferred edition during that ten year period. For this reason, we see the number 45 written on the box in parenthesis (๔๕) 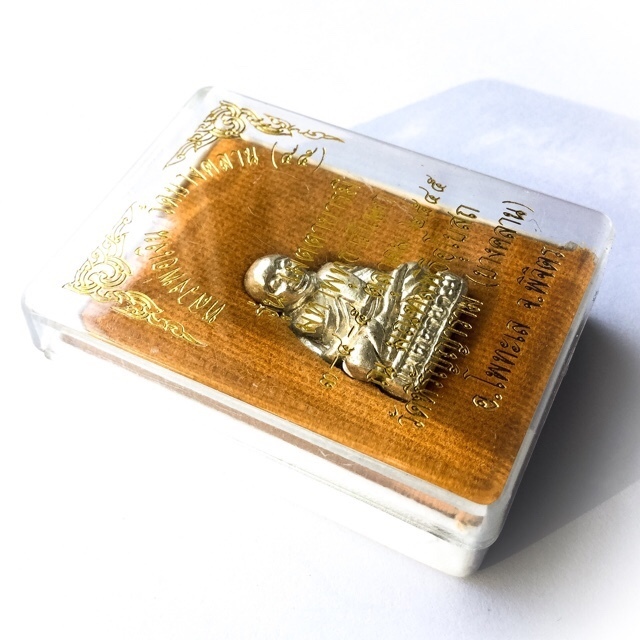 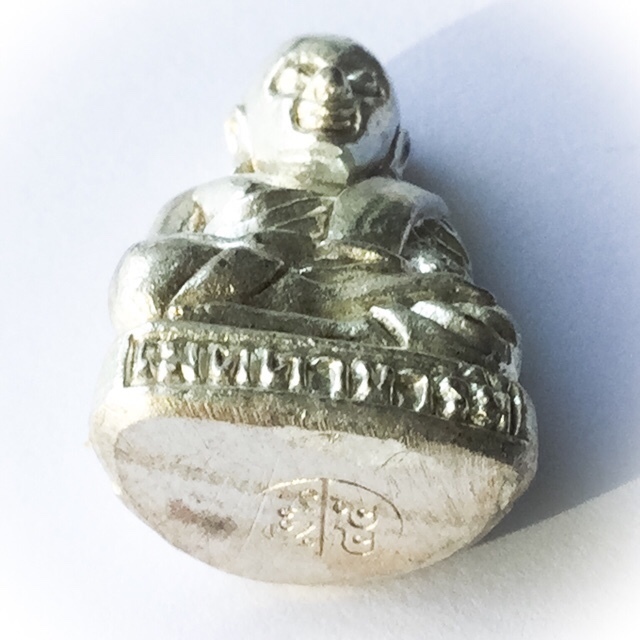 This means that you are making a very sound investment in an amulet that is not only sacred, but also has a value that is confident to increase, and never decrease. The base of the statuette has the number 45 (๔๕), and the word 'Ngern' (เงิน) stamped on it

Luang Por Ngern amulets are first and foremost a powerful and Sacred image for devotees to worship and beseech blessings, but indeed, they are also the pride and joy of the avid and serious collectors. Some collectors are speculative investors, and others collect for the love of it. We see both sides of the Genre, where the Sacred, the Magical, and the Artistic Collectible are fused into one single object. 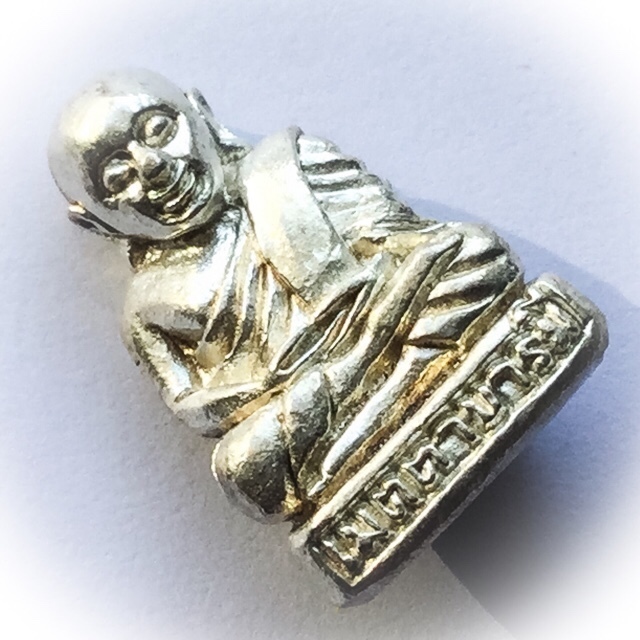 Some collectors try to collect every edition of Luang Por Ngern from every temple, to try to complete the full compendium of the pantheon. In short, this means, some people are worshipers, and for this reason only need one amulet to worship. Others are collector-worshipers, and want all of them, for their collection (and to worship). 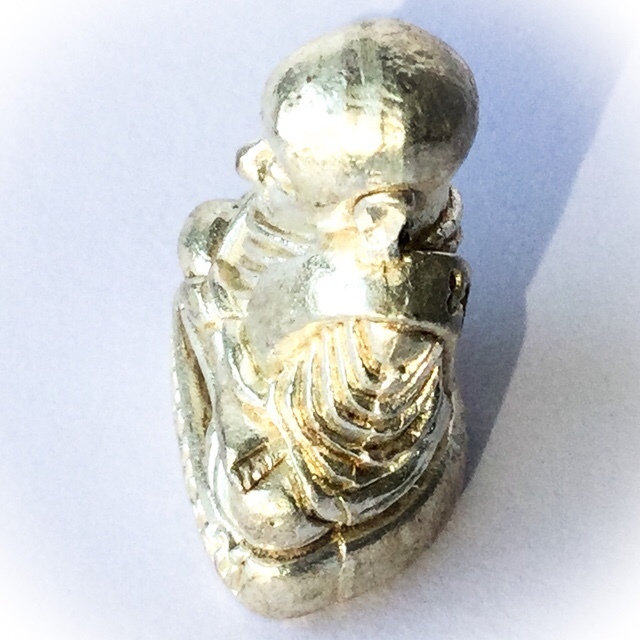 The reason why the original Pra Luang Por Ngern became so highly sought after and worshipped, was nothing to do with art collection, rather, was directly due to the experiences of those who wore them, and saw miraculous results. 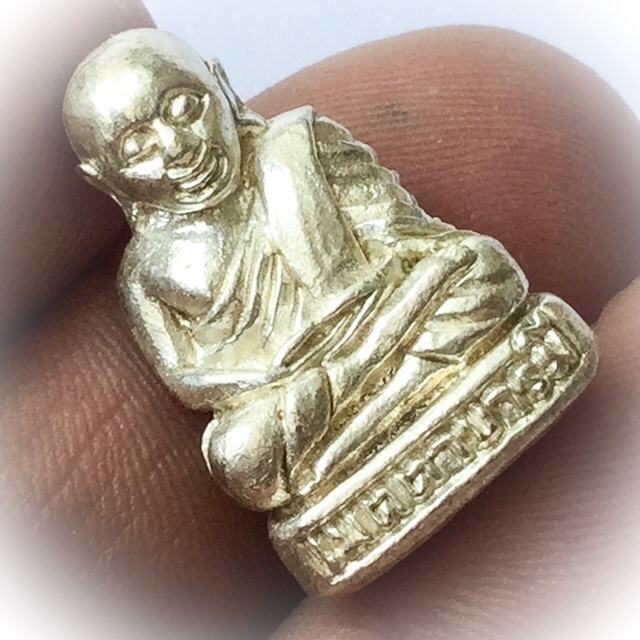 But the edition which rose to the highest status of fame and glory, was of course the Pra Luang Por Ngern 2515 BE from Luang Por Prueang.

Below; one of the 4 famous Pim (models - in this case the Pim Thaan Kwang), of the 2515 BE Pra Luang Por Ngern Wat Bang Klan Millionaire Amulet 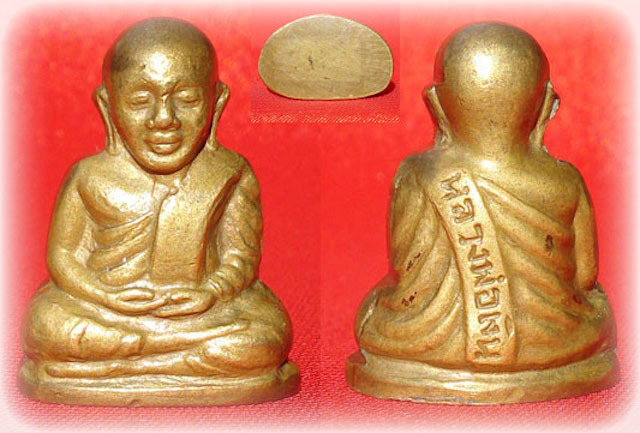 The 2515 BE edition was seen to bring immense sucess and protective miracles to the devotees who wore it, and stories of miraculous events were published on multiple occasions in the natuonal newspapers related to this amulet. If there is one reason above others why all editions of Luang Por Ngern amulets enjoy instant fame and success, it is because the miracle of Luang Por Ngern amulets, is the fact that it does not matter if the edition is an older one or a new one, for all images in his name are said to possess equal power, through the miraculous blessing of Luang Por Ngern Putta Chodti. 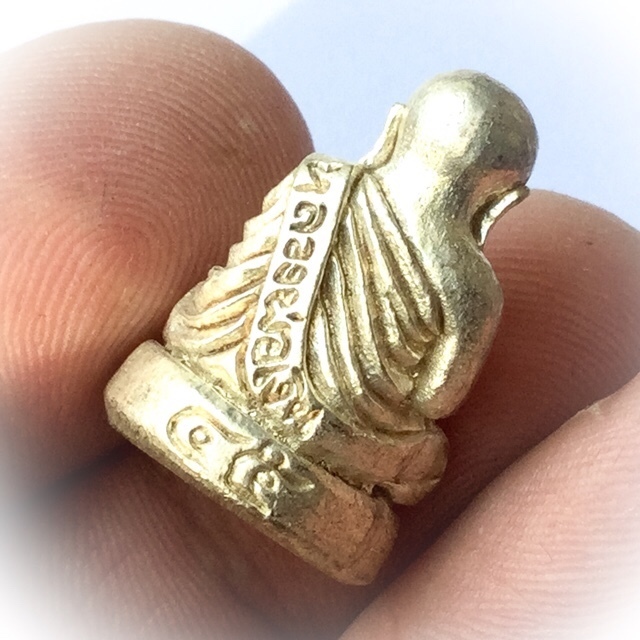 Luang Por Ngern is one of Thailand’s Top ten Most Revered Buddha-Monk Images, for whom the Blessings of Riches and Protection are the most Highly Reputed for their Miraculous Power.

Perform Bucha to Luang Por Ngern on Tuesdays, Thursdays and Fridays. Offer Lotus or Jasmine flowers (9 flowers), three rolls of Areca Nut with Betel leaf – place on a tray along with 9 Incense sticks, one pair of candles. 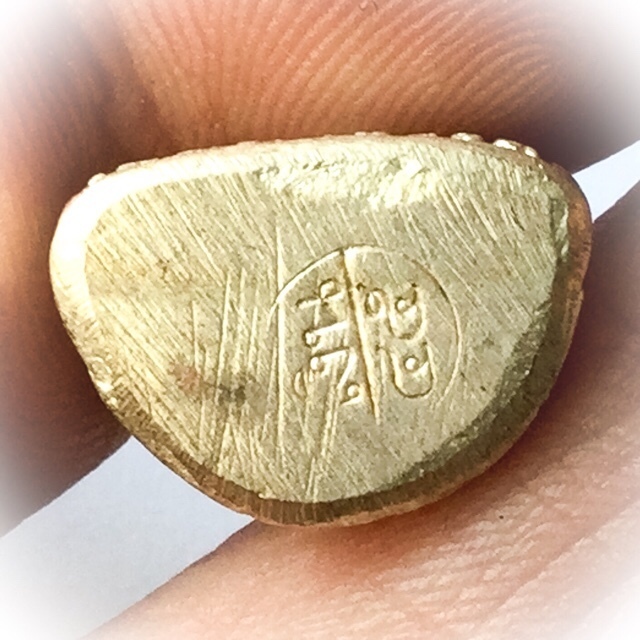 The Magical Effect of Wealth Increase is one of the Famous Aspects of the Many Blessings that come from Revering Luang Por Ngern of Wat Bang Klan, the Miraculous Image that has been the source of many stories of Miraculous Events, that have happened with a great many different editions of Luang Por Ngern amulets from a number of Masters. 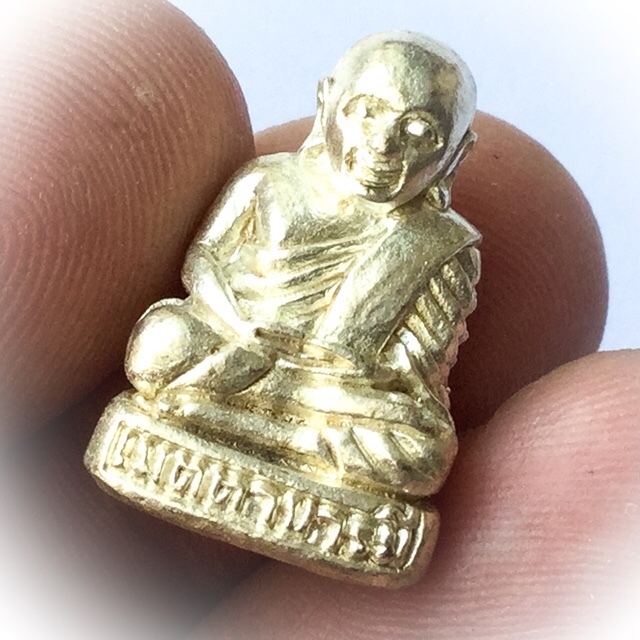 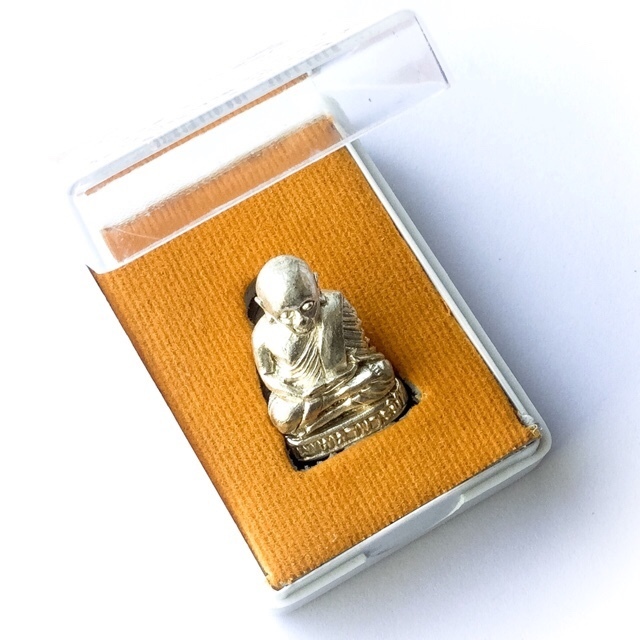 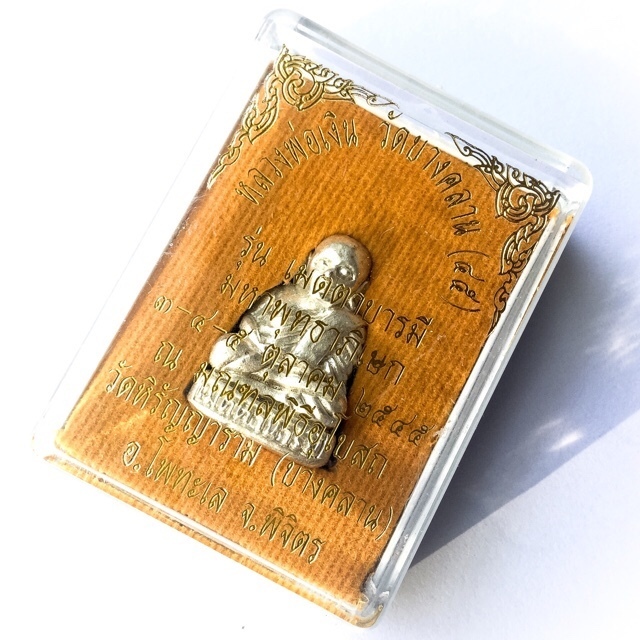 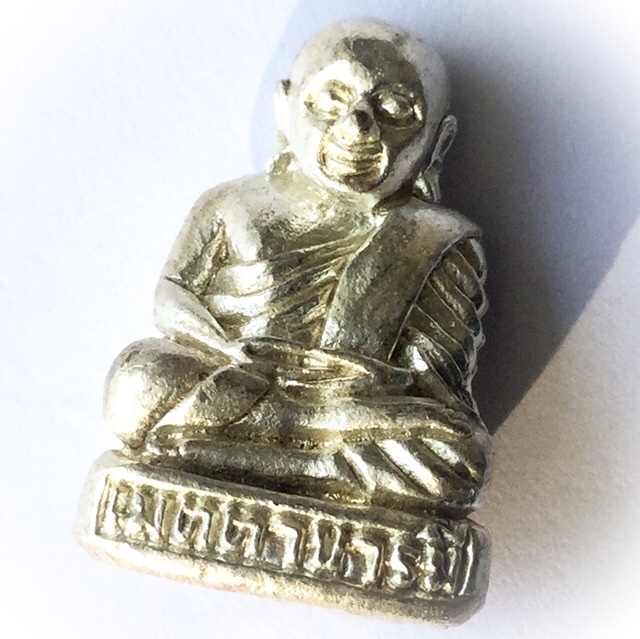