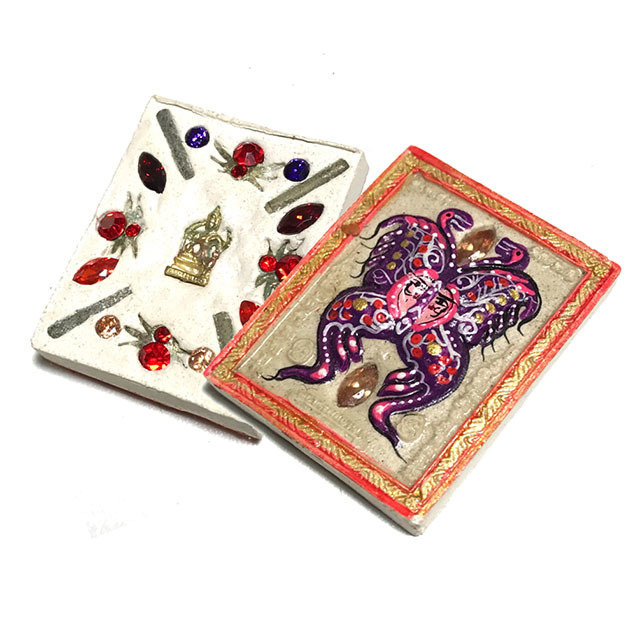 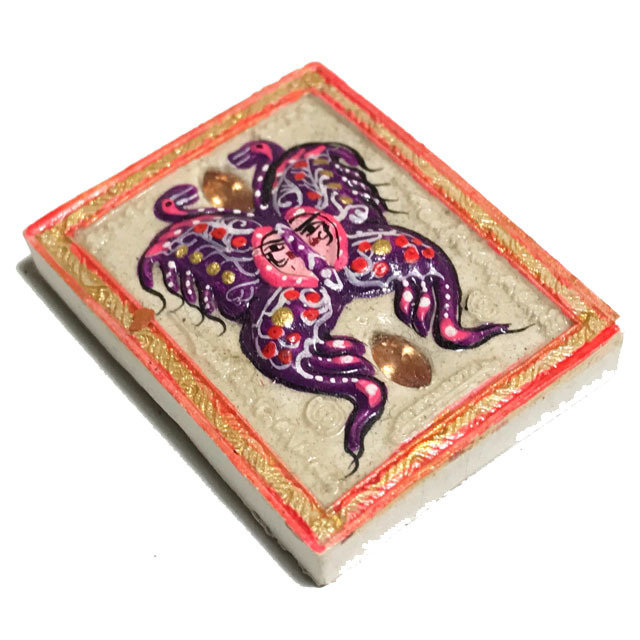 The amulets were made in Pim Lek (300 Made of each kind of powders), Pim Klang (55 made of each kind of powders), and Pim Yai (small medium and large sizes), and in two different kinds of Muan Sarn Sacred Powders, white and pink, with this model having only 300 amulets pressed in each colour. The amulets were made with a number of differing Deity statuettes inserted in the rear faces, some with Ganesha, others with Trimurti, or Brahma and others with Pra Pid Ta inserted. 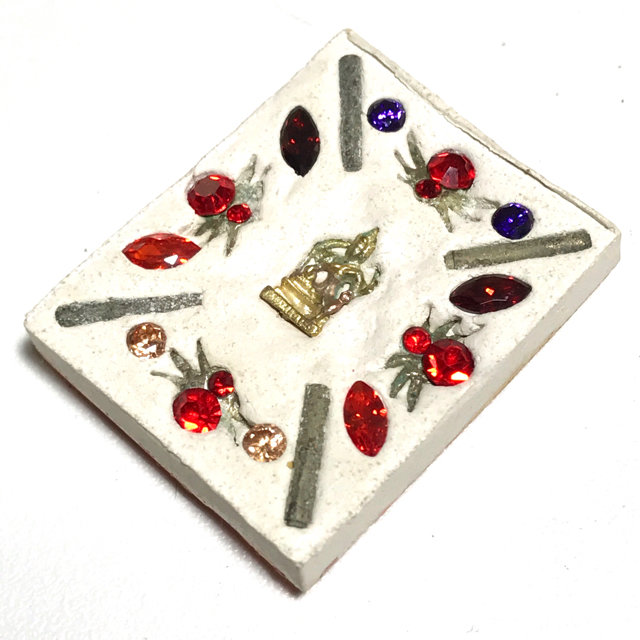 The front face of the amulet features the Taep Jamlaeng Butterfly King 'Roman' series design, with 2 Ploi Sek Maha Pokasap Enchanted Gemstones inserted below and above the body of the Butterfly.

The rear face has 12 further Large size Ploi Sek Maha Pokasap Enchanted Gemstones inserted, along with four silver Takrut Koon for Multiplication of Wealth and Treasures, and a Loi Ongk Statuette of the God Brahma, inserted into the center of the rear face. 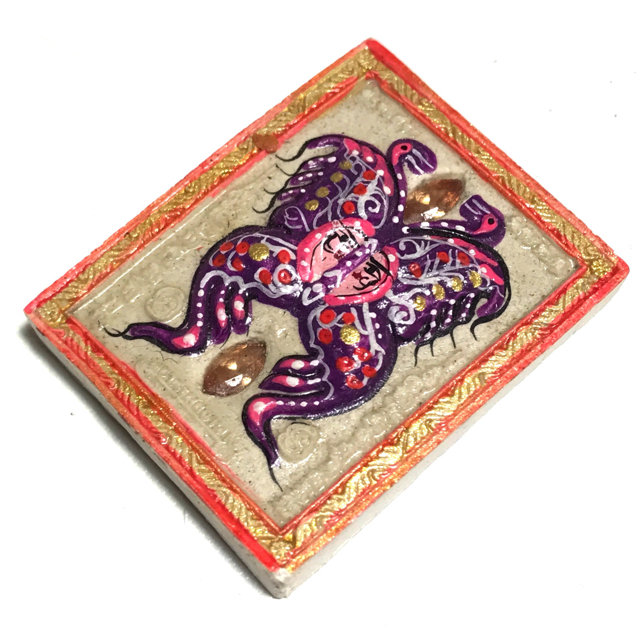 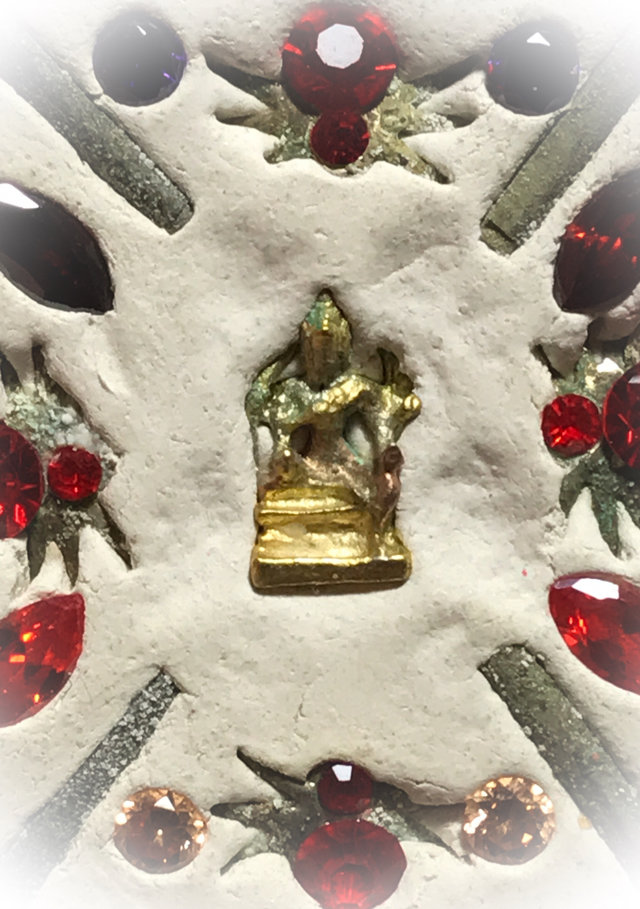 The amulets of Kroo Ba Krissana Intawano are not only seen to be powerful amulets for Metta Maha Lap Kaa Khaay Siang Choke, and Maha Sanaeh - bringing lucky fortunes to gambling exploits, seducing lovers and customers, and improving one's Karma in general. Kroo Ba Krissana's amulets have already been tried and tested by thousands of devotees around the world since well over a decade and a half. 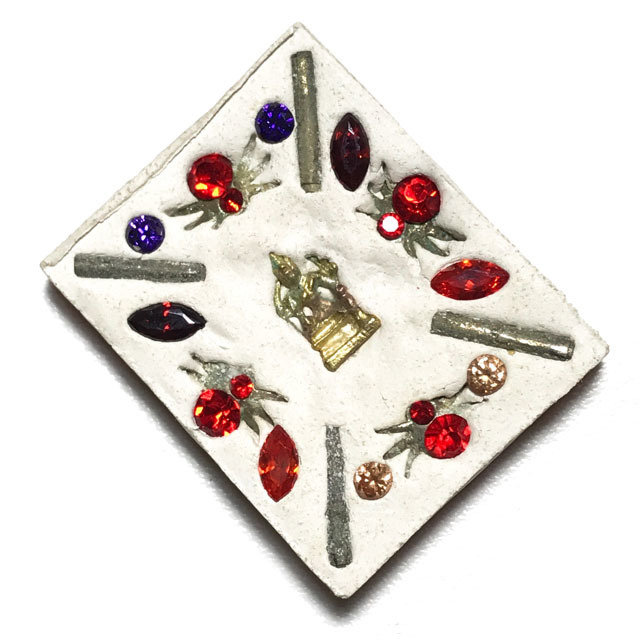 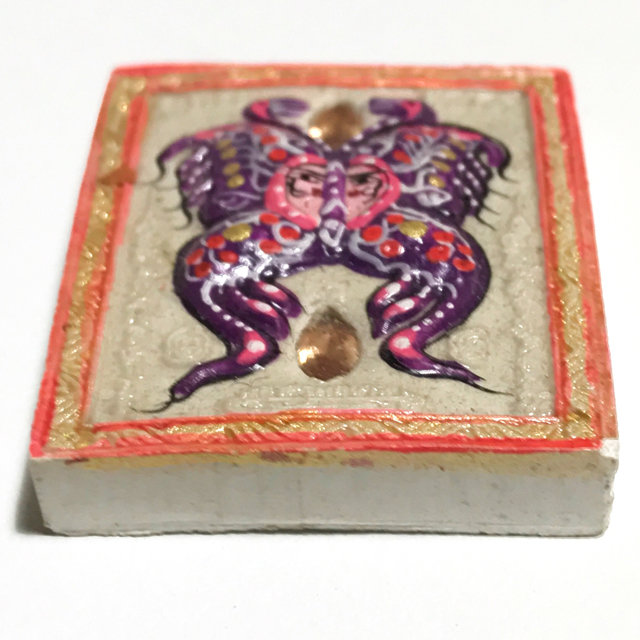 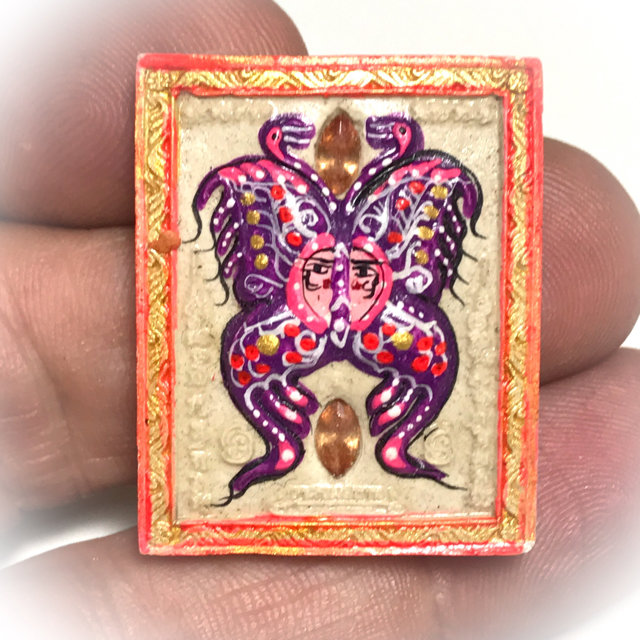 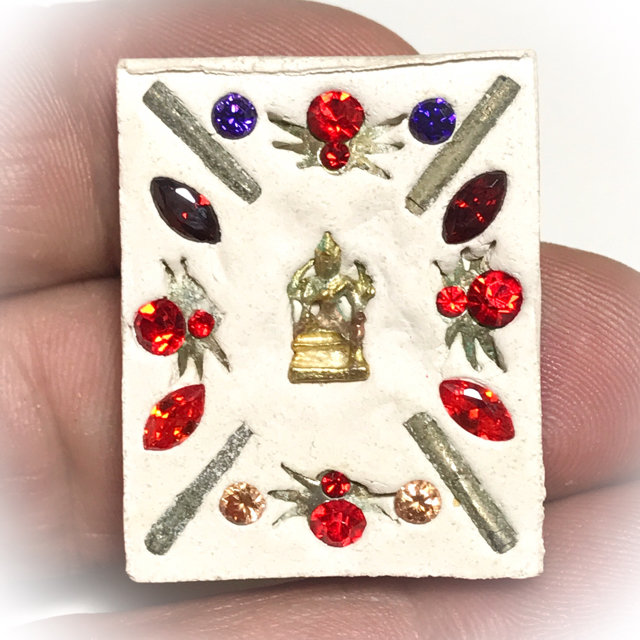 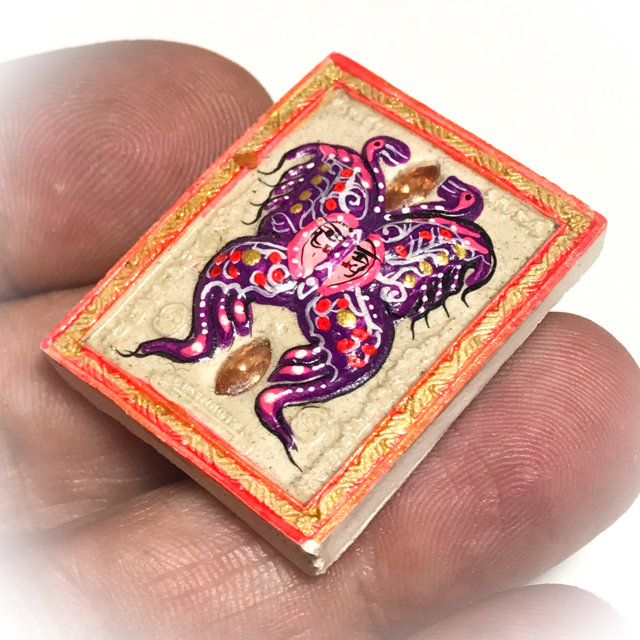 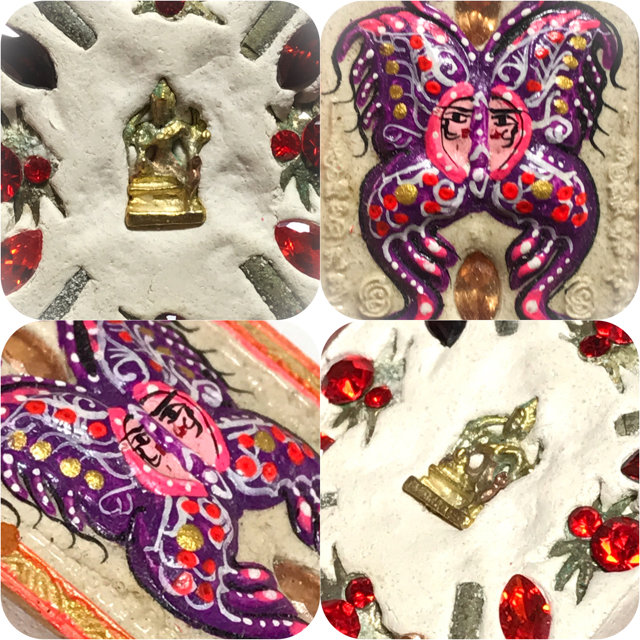 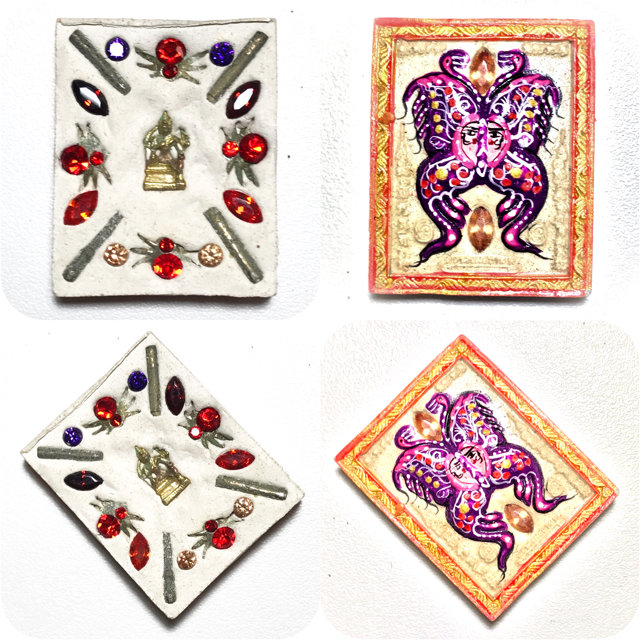