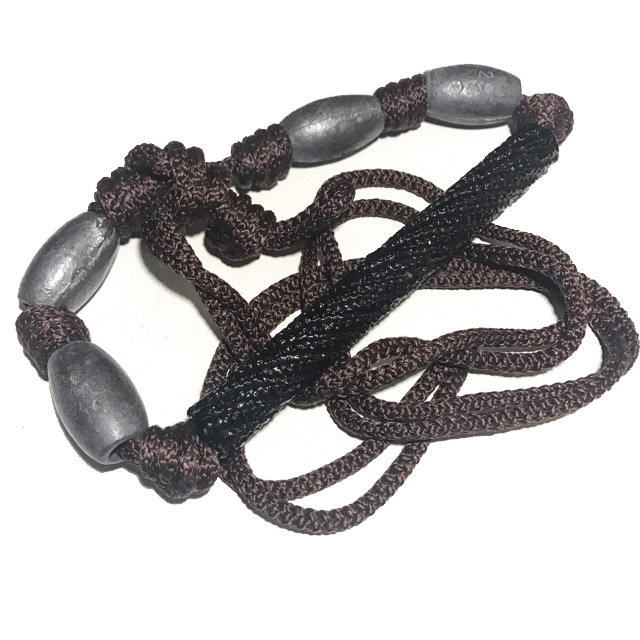 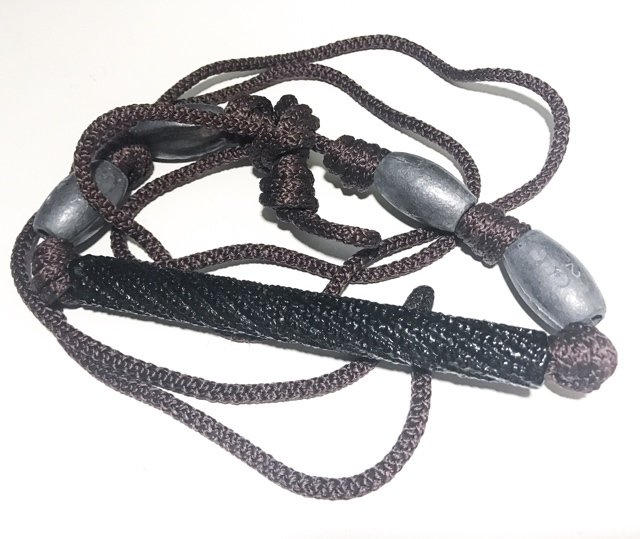 This Takrut is intended for wearing as a belt, and for using to invoke Maha Amnaj Commanding Power, and Intimidating Aura, Serm Yos Power for increased status and Promotion opportunities, Gan Phuudt Phii Pisaj Protections against Demons and Ghosts, and Maha Lap Lucky Fortunes to bring wealth health love and happiness into your life.

The amulet is highly imbued with Kong Grapan Chadtri, Klaew Klaad, Metta and Maha Lap Magic, but can be used for different purposes if you apply the Wicha Maha Ruud to the way you wear the belt. This is a heavy duty old-school style belt and with the four leaden Look Sakot, weighs quite heavily and is recommended for larger persons to wear. 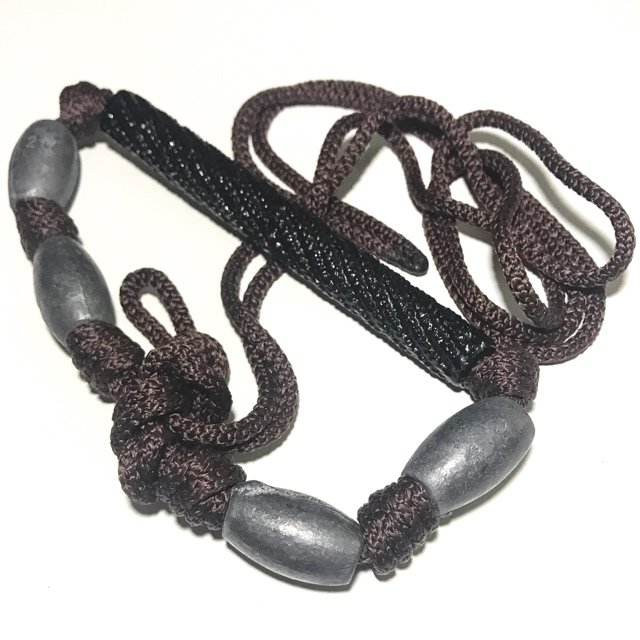 Released in the 'Khlang Raeng Dee' edition to revere and continue the magical lineage of the Kroo Ba Ajarn Great Forest Masters of the Dhammayut Tradition through which Luang Phu Bpun received his Magical Wicha and Trajectory. 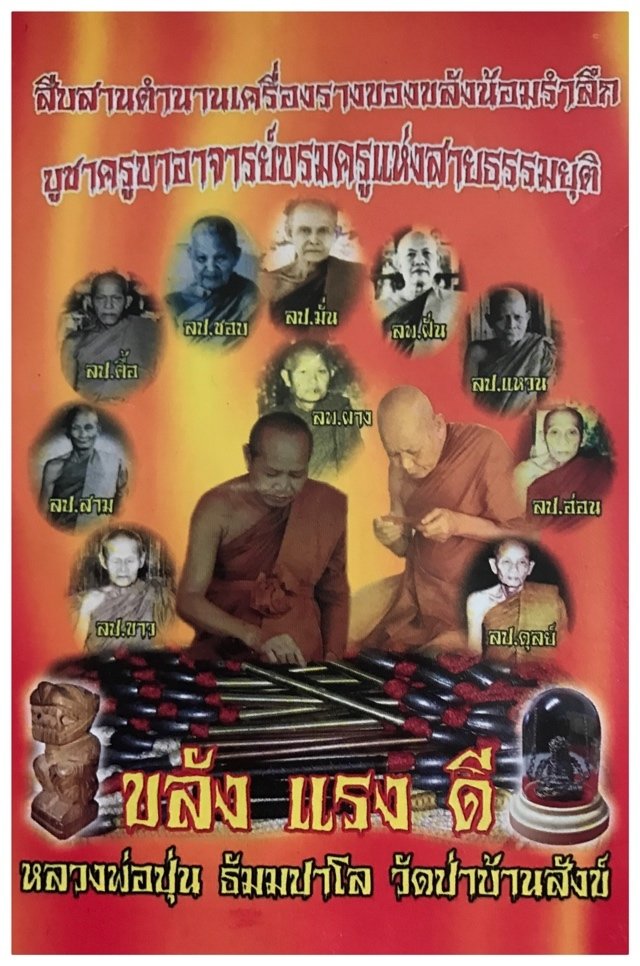 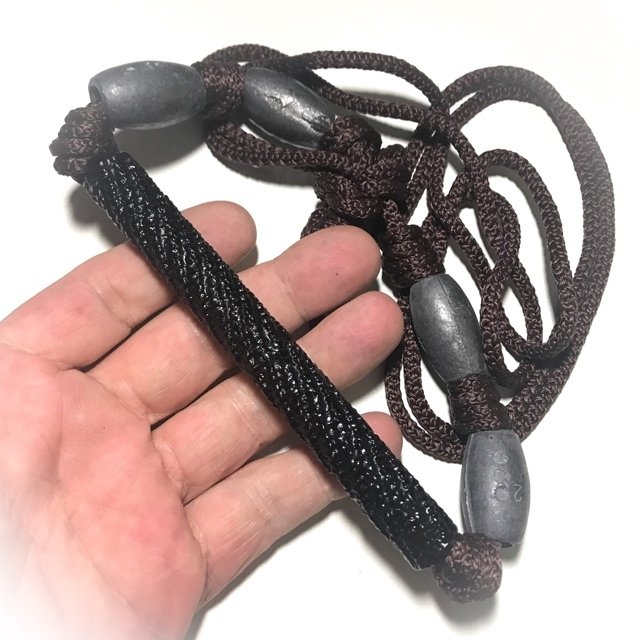 The Magic within this compendium of Magic Spells in belt form is Recommended for those who are in positions of command or administration, and those who need to exude power and influence, and for those who risk their lives in conflicts. Those who need to get noticed more, or need to get more respect from others are highly recommended for this kind of amulet. Also those who seek protection against black magic, or those seeking good fortune in the world, using Wicha Maha Ruud to twist the Takrut around in any of four positions to attain varied goals. 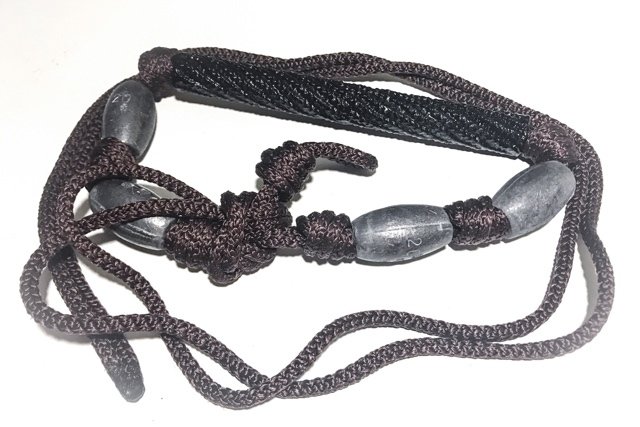 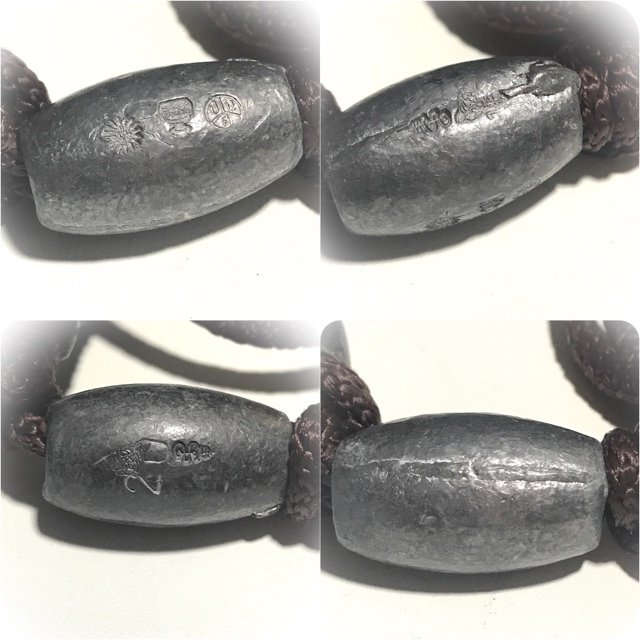 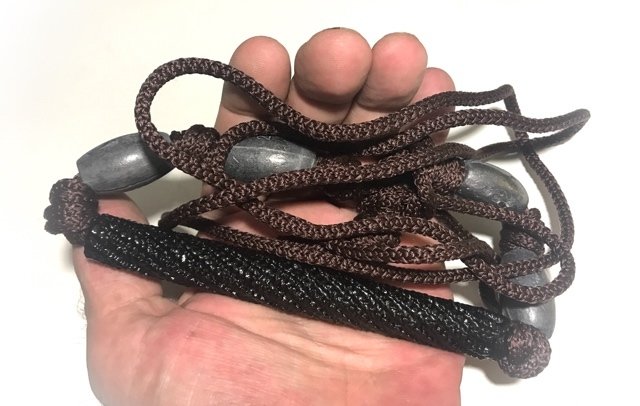 Kata Bucha for all amulets of Luang Phu Bpun Tammabalo 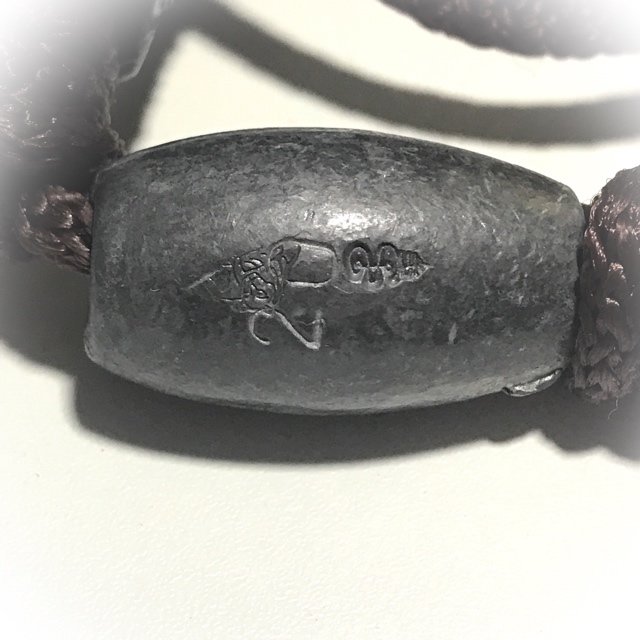 You can also use any and all Kata for Maha Amnaj (commanding power and influence) and Maha Ud, Klaew Klaad and Kong Grapan Chadtri which you may know, to invoke these powers within the Takrut 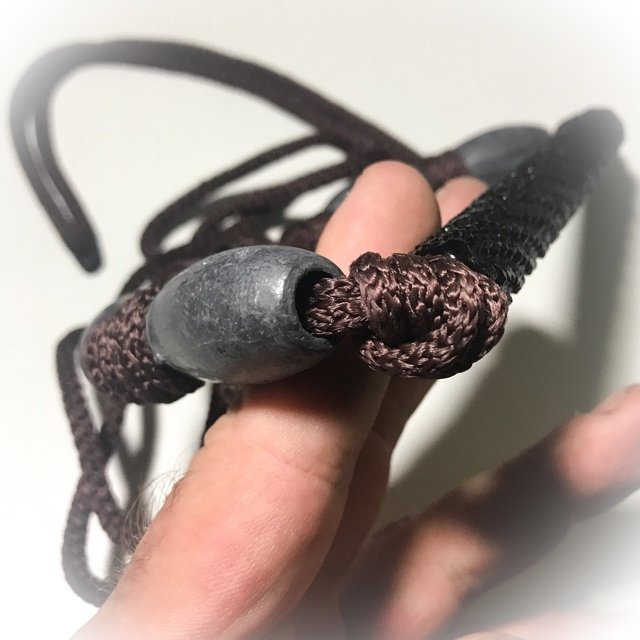 The part above in Italics (Verse 2), is not in Pali, but in Thai. If You wish, you can use the prayer in your own language, for this part, which is a request for all the possible blessings available from this Amulet. 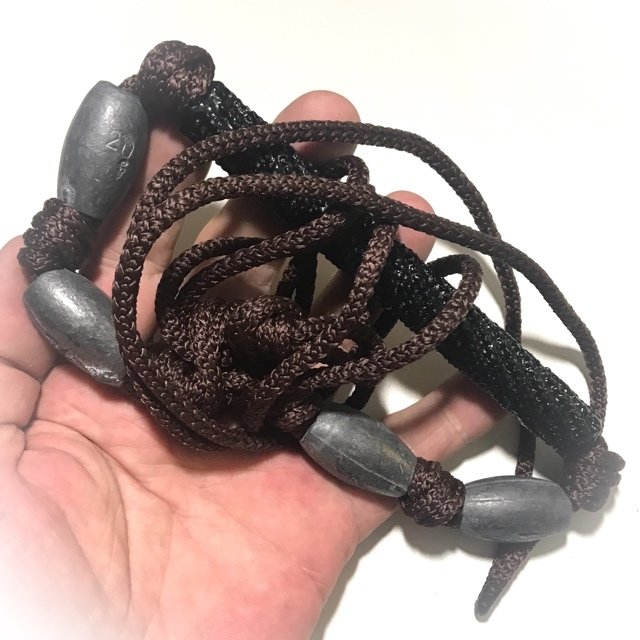 Translation of Thai part in Verse 2;

"Bestow these powers upon the spells written upon this amulet ward off ghosts demons and monsters, keep illnesses away, stop guns, knives, swords and other projectile weapons. Please keep away all physical and non physical dangers, let the spells also contain Metta Mahaniyom and Maha Sanaeh attraction, and Kaa Khaay magic for good sales and prosperity, may both humans and animals feel Metta and Friendliness towards me when they see me, and may i succeed and win in all my Undertakings. So Be It!" 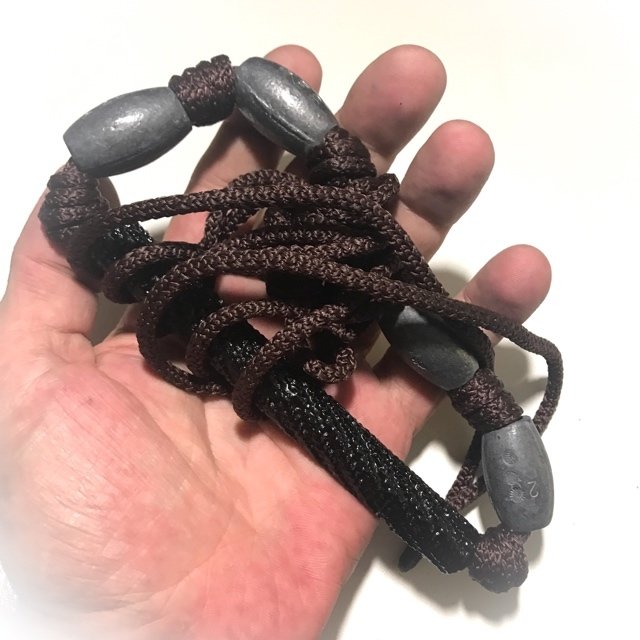 Curses and black magick has no effect on the tiger for it is nullified by its own inherent Maha Amnaj Power, and its Maha Sanaeh Power of Attraction is an additional benefit of the Suea Maha Amnaj Maha Pokasap Khlang Raeng Dee Edition.

How to use for Wicha Maha Ruud;

Wear the cord around your waist which the Takrut is bound to. You can slide the Takrut to reside on either side, front or back. Chant the Kata Pluk (Invocation of the power of the Takrut) as often as possible. The Takrut performs many uses including Metta, Kaa Khaay, Klaew Klaad, Maha Amnaj, Maha Sanaeh, Serm Yos, and Gae Aathan. The Devas protect and guard over you, safe from danger. Wealth and treasures flow to you and increase greatly. When you twist the cord to switch positions, always do it three times in clockwise direction before finally leaving the Takrut to rest where intended. 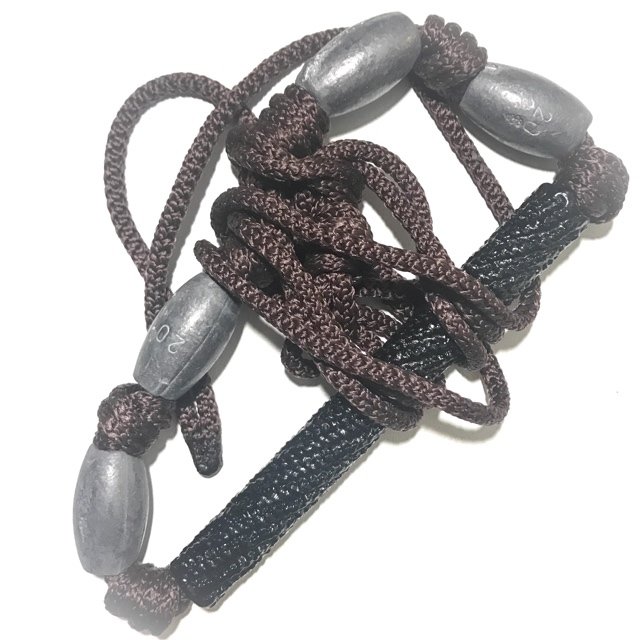 Wear it facing forwards, Maha Lap, Kong Grapan, Maha Amnaj will allow you to attain your wishes, and also protect and intimidate enemies.

Wear it facing backwards, Klaew Klaad Gae Aathan - will protect and chase away demons and enemies

Slide it to sit on your left flank, for Mahaniyom Kaa Khaay (Good money and business sales, more customers) 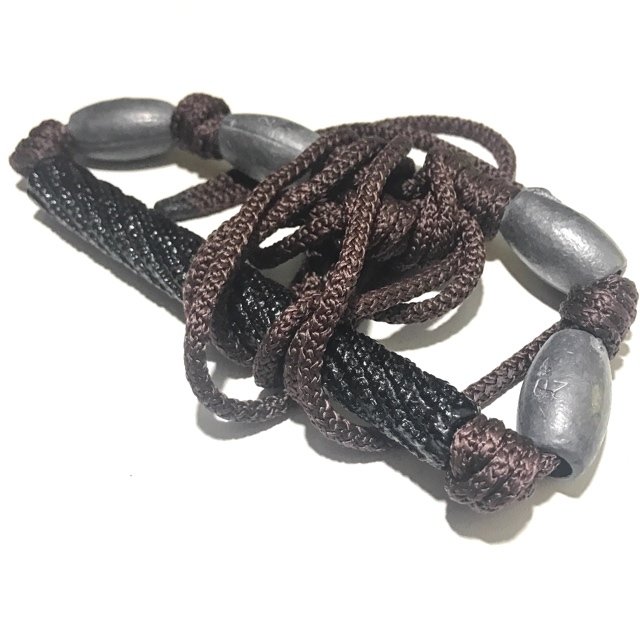 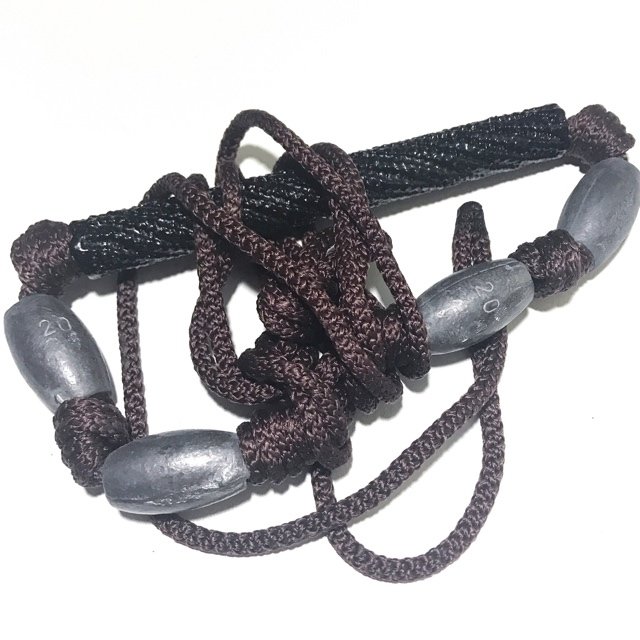 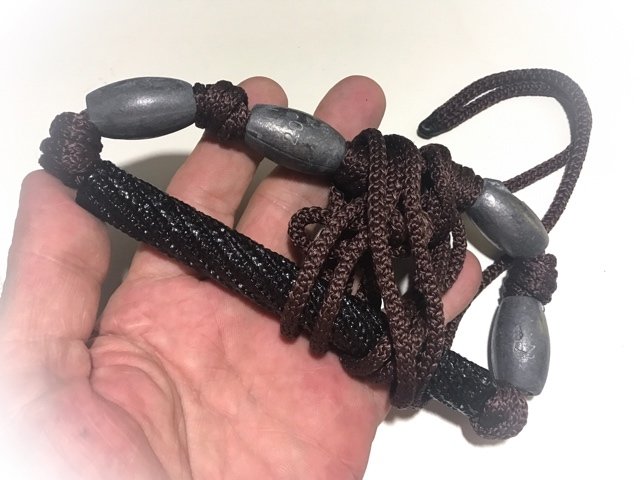 Those who work in dangerous situations are especially recommended to use this kind of amulet, as well as Martial Artists and Muay Thai Warriors, Military, Security and Police (and to be honest, also Gangsters like this kind of Protective Talisman), and those in Positions of Command, and to use Kata to empower their own Command, and Achieve Victory in all Endeavours. 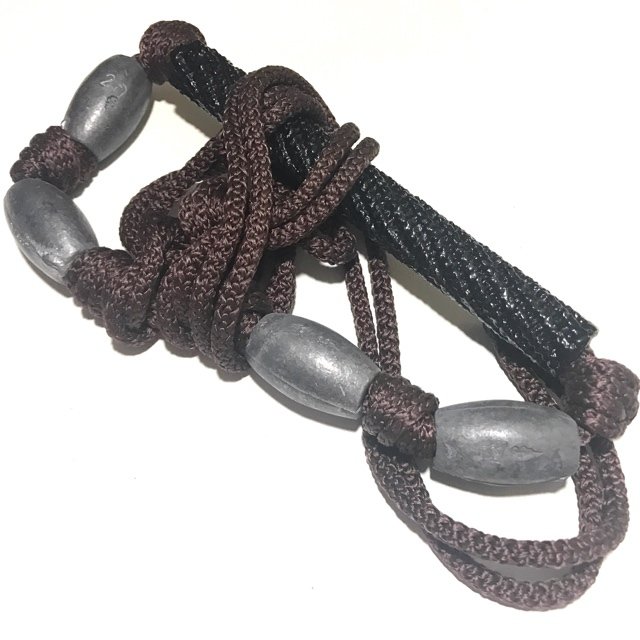 Luang Phu Bpun is an Isan Master who has practiced Tudong Forest wandering since his young days as a Samanera, and still practices the Tudong forest path to this day in his old age. 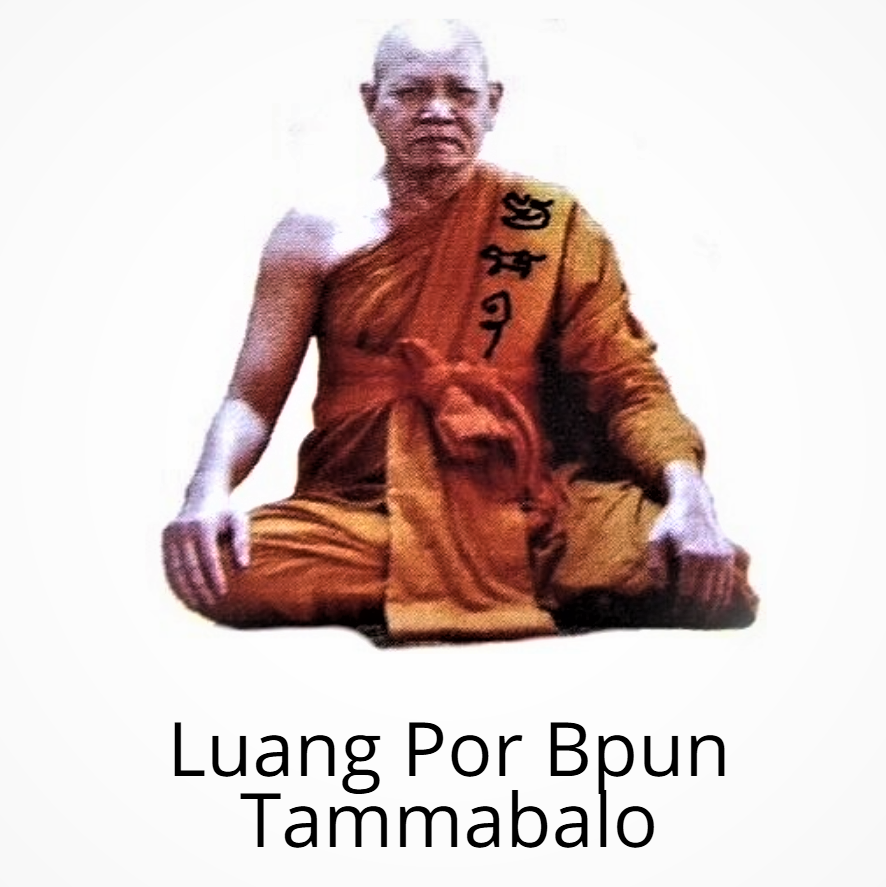 A Master of Wicha Akom, he received many Wicha from his Dhammayut Masters. He is a living inheritor of various Wicha of Great masters, including Luang Phu Man Puratto, Ajarn Fan Ajaro, Luang Phu Tet, Luang Phu Phang, Luang Phu Hwaen of Wat Doi Mae Pang, Luang Phu Si, Luang Phu Dun, and Luang Phu Khaw of Wat Tham Glong Plae. He is most famous for his dominion of the Wicha Hun Payont Golem Making and Reanimation of Animist Charms. 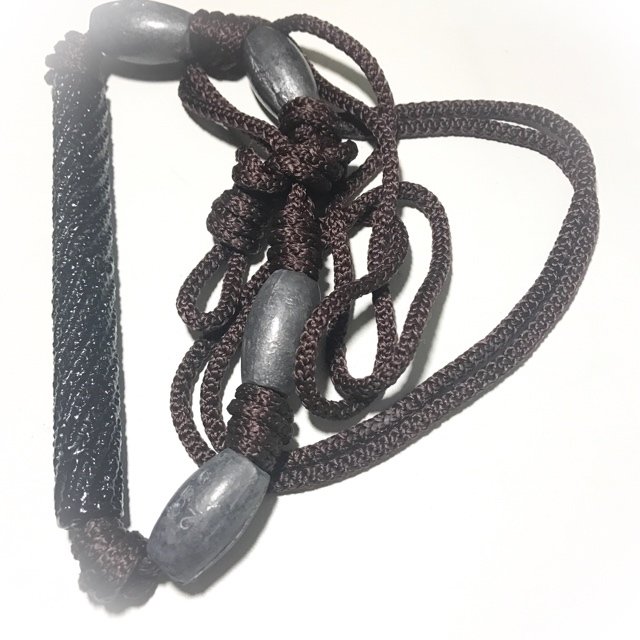 As Luang Phu was wandering on Tudong (solitary forest travelling) 30 to 40 years ago, the local folk came to ask him for 'Khong Dee' (magic amulets), and Luang Phu grabbed some straw from the field he was standing beside, and wrapped them into the form of a human body, chanting the Kata Akarn 32 to bring life into it, and invoke a Hun Payont that never sleeps, to guard over and help its owner. This became Luang Phus most famous specialty, and now 40 years later he is one of the older surviving Masters of the Wicha Hun Payont, coming from a Master Lineage that is second to none. The amulets of LP Bpun has caused many stories of success and strange events, to support the belief in their effectivity, for example the fact that a motorcycle was stolen and then returned to the owner within a week by the thieves, who then ran away, and that this did not happen to just one person, but in fact, has happened on 8 separate occasions till now as far as reports flowing back to the temple can show. 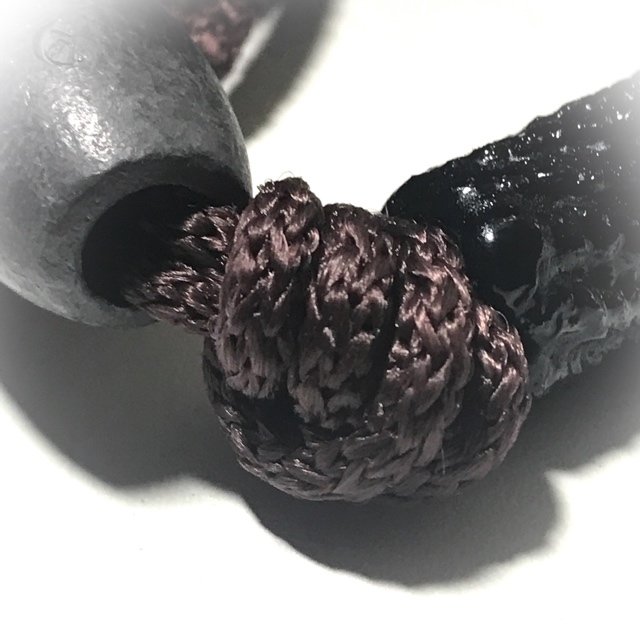 Another Devotee caught a thief stealing his car. The thief told that he got the door open and sat in the car, but then he saw a person sat next to him in the car and fell into shock and was paralyzed, the owner of the car awoke to his cries and caught him. The same devotee claims to have used it to play lotteries and got repeated multiple wins. A Malaysian Devotee took the Hun Payont of Luang Por Bpun to fight against some Islamic Black Magic, which he had been suffering terribly with its power, and the Hun Payont amulet of Luang Phu Bpun vanquished the curse after many other attempts had failed. A Professional Gambler from Hong Kong went to frequent his favorite Casinos, and had so much consecutive success in all the houses, that he was given the nickname of 'He who wins as if he is cheating, but does not cheat'. 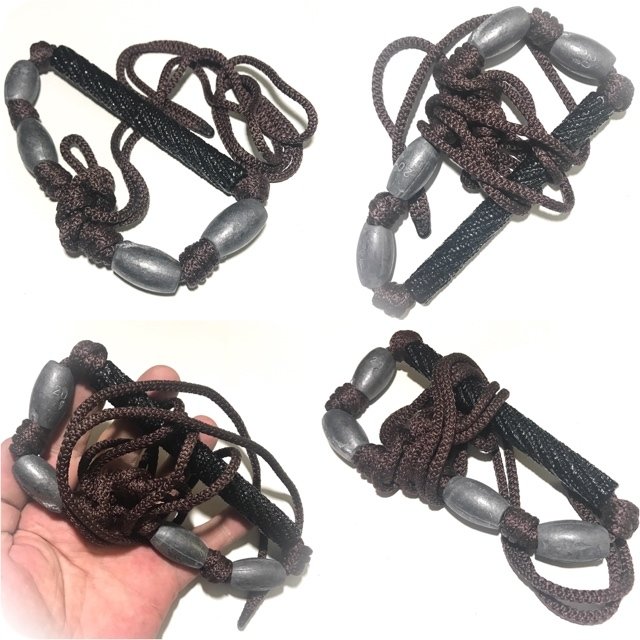