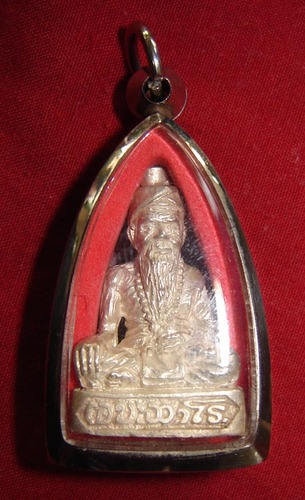 Made in 2537 BE to celebrate the 96th Birthday of Luang Phu Promma. Top range Solid Silver Loi Ongk Ruesi amulet from Luang Phu Promma. Powerful Ruesi amulet, this is a Classic and an Essential rarity. A masterpiece amulet for the serious collector. Comes with free stainless steel casing included. 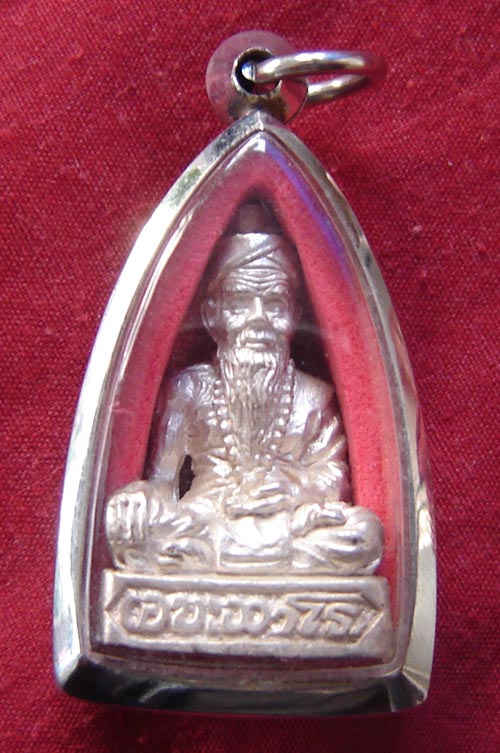 In 2536, a famous Politician was in the news for being the victim of an assasination attempt. The car he was in was destroyed from the bullets, and the victim was hit, but the bullets did not pierce his skin. He was wearing an amulet from Luang Phu Promma, causing Devotees to snap up his amulets like hot cakes, and for the LP Promma amulets to become an Essential Rarity and of Great Popularity, for the proof of magic resulting from the assasination attempt of the politician 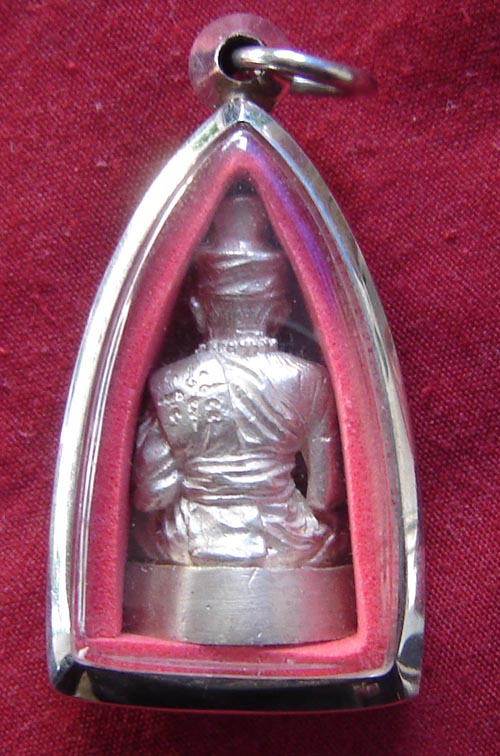 Luang Phu Promma of Wat Suan Himapant Nang Koi (Ubon Rachatani), is one of Thailands Historically famous Gaeji Ajarn Master Monks of the Isan region. He ordained as a Samanera at the age of 12, and learned how to make Buddha Magic at this ripe young age with Somdej Lun, a Khmer Master of Jampa Sak. He studied for 6 years under this Master, who passed away at this point. After the death of his teacher in Buddha Magic, Luang Por Prohm wandered around the country in Tudong practice (aimpless wandering of an ascetic). It was during this time that Luang Phu Promma was able to meet and study under the great Arahant Luang Phu Mun Puratto. 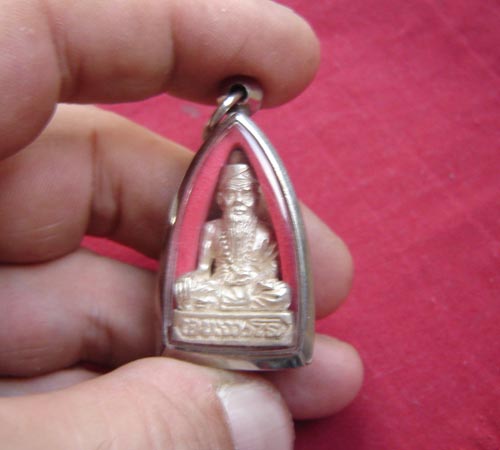 After studying with Luang Phu Mun, LP Promma then went to live in a Cave on the peak of a mountain called Khao Kway, and he remained here practicing in solitary for a period of 45 years. After this, he crossed the bhorder into Thailand in the year 2533, where he went to stay in a cave where he had noticed that many wild animals would come and cross paths and coexist together. He stayed in this cave practicing, and his merits and renunciation became so well known, that even Somdej Prataep Radtana rachasuda Siam Boroma Rachachonanee (the Royal Princess), travelled twice to pay reverence and offerings to Luang Phu Prohmma.

Up to his death, Luang Phu Promma had helped the local folk of the forest and farmers with various projects to develop the area, or preserve the wild forest and natural habitat. Luang Phu Promma of Samnak Songk Tham Suan Hin Gaew (Phaa Nang Koi), Poo Grajiaw mountain, Ban Dong Na, Sri Mueang Mai, Ubon Rachatani, passed away from heart disease in 2545 BE at the respectable age of 105 years old Those who worship the Ruesi or practice Ruesi-ism, or use the Ruesi amulets are very familiar with the Ruesi Loi Ongk statuettes of Luang Phu Promma for being of the finest Ruesi statuettes available, and made by a Monk who has practiced in the way of the Ruesi for all of his adult life, living in caves and stripped bare of luxuries and comforts, and spending the dark hours in solitude and meditation in the forest caves. A Ruesi amulet by a true Ruesi.

Luang Phu Prommas amulets are of high credibility, authentic power, and fine quality craftsmanship. The base has a code number of authentic limited edition embossed into it. Made from the finest pure silver, this amulet is quite heavy.

LP Promma is known to make extremely powerful Ruesi amulets, and this is due to the fact that, as he was wandering on Tudong,he learned Wicha from a Ruesi who was living in the forest. This was part of what caused LP Prohmma to be inclined to make so many tens of famous editions of Ruesi amulets (for it is the Ruesi for which he is famous in the amulet world) Most editions of his Ruesi amulets were made from sacred herbal powders and pollens, but because of their brittleness and easy to break, the Devotees began to ask for Ruesi amulets as metal coins or statuettes. 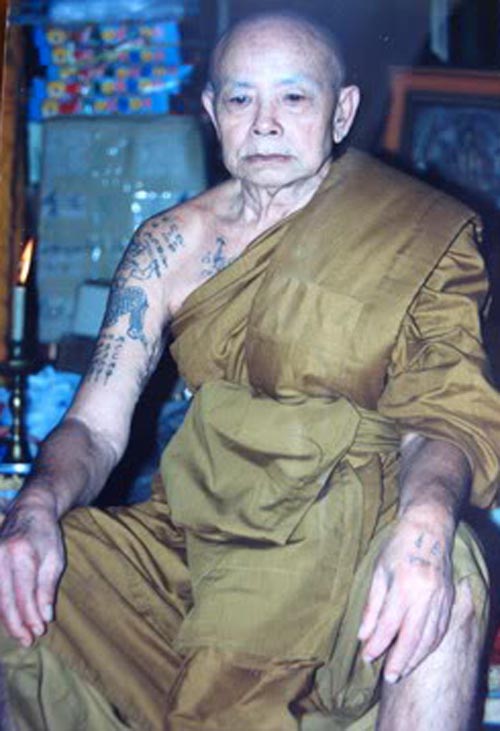 The Chalong Aayu 96 editon is one of Luang Phu prohmmas most popular and rare editions, and is very much talked about and traded with in the Amulet Collector world. It has a very good reputation from many stories of success from those who have worn and worshipped it. The LP Promma Ruesi amulets are of the finest and most powerful, and are a very recommendable item for those who worship the Ruesi, practice meditation, healing, magic. Also a perfect amulet for those who are in the performers or entertainment industry, such as comedians, actors and actresses, Musicians and those who practice esoteric arts. Protects against black magic, increases power of meditation, gain prosperity, protect from accidents and attacks, promotion in profession, success with less obstacles.