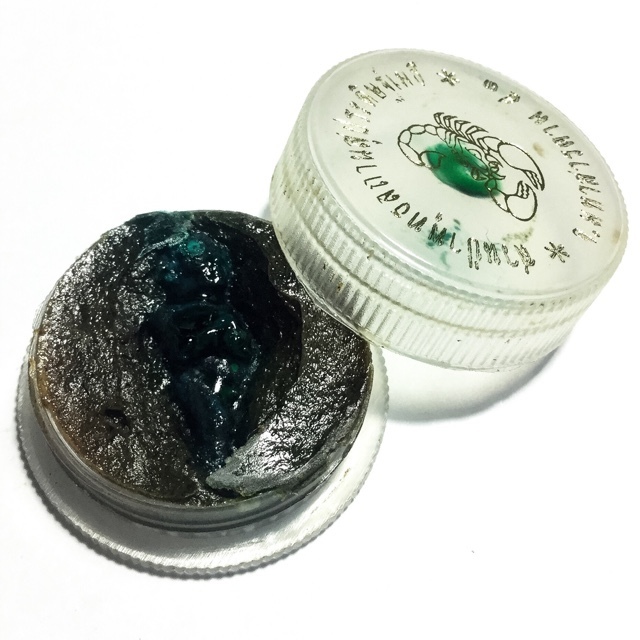 The Look Krok is awakened and reborn from Magical Incantations of the Dtamra Siyasart Boran, invoking the mind of a long dead spirit of a child, to be born again as a Look Krok. Kroo Ba Tamma Mini performed full Wai Kroo to the Deities of the Magical Arts, and invited the Devas to attend and witness the empowerment of the See Pheung Potion, and the Look Krok effigies which were to be placed for consecration within the See Pheung. 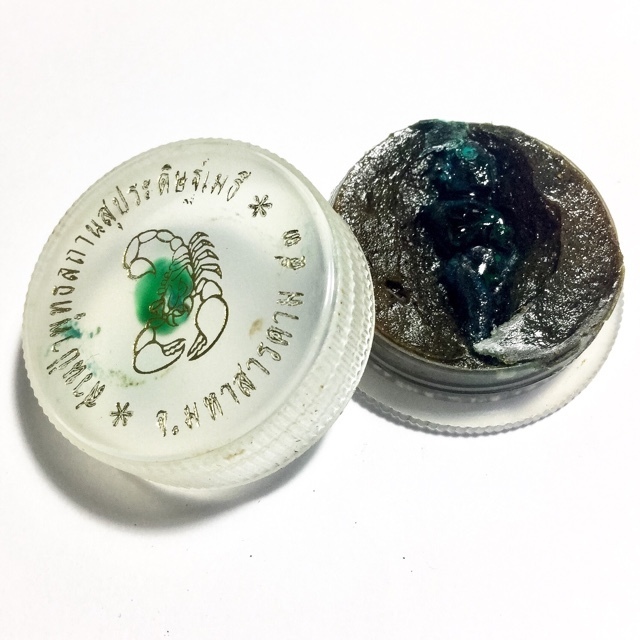 He then performed the summoning invocations to call upon the wandering lost souls of children who were trapped in limbo realms of the dead, to come and agree to dwell within the effigies, to gain their eventual release when their Karma is improved through helping the humans who call upon them for help.

Kroo Ba Tamma Muni had made the Look Krok images from sorcerous metals and artifacts, to forge a sacred alchemical alloy of bronze base, and mixed various non metallic magical substances into the Chanuan Muan Sarn. 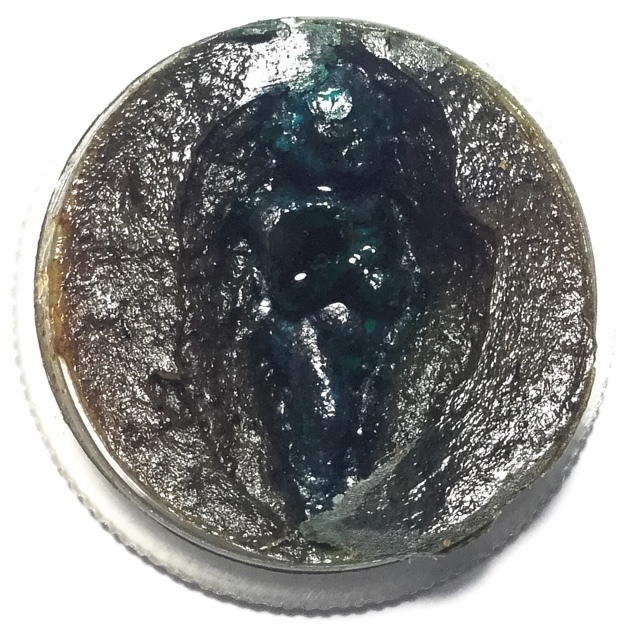 iPong Prai Saksit Necromantic Powders from bones, funeral ashes and cemetery earths, were added to the admixture, which Luang Phu Kroo ba Tamma Muni had collected over years of forest wandering, which he has removed ritually using the ancient Khmer methods of Necromancy.

Luang Phu Kroo Ba has applied these methods, which have been passed down through the lineage of sorcerors, right back from the times of Simhe Manurajah the 7th, of the Jampa Sri Dynasty. He also added 108 kinds of magical herbs, woods and pollens, which were then boiled into See Pheung waxy potion, and further empowered by adding a large dose of powerful Pong Sanaeh Ya Faed, pehaps the most Hian (Psychically Volatile) Prai Powder of all. 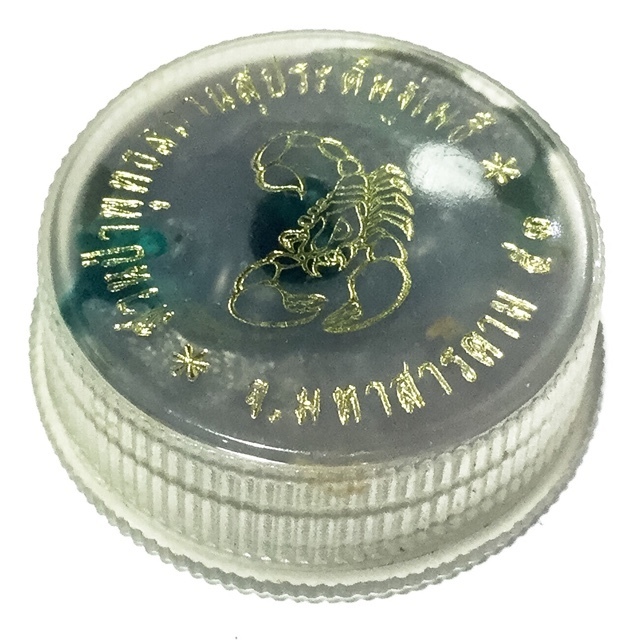 The Invocation Summoning, Awakening and Turning of the Four Elements was performed to Reanimate Living Magic within the Potion, according to the Ancient Grimoires and Magical Formulas of the Wicha. 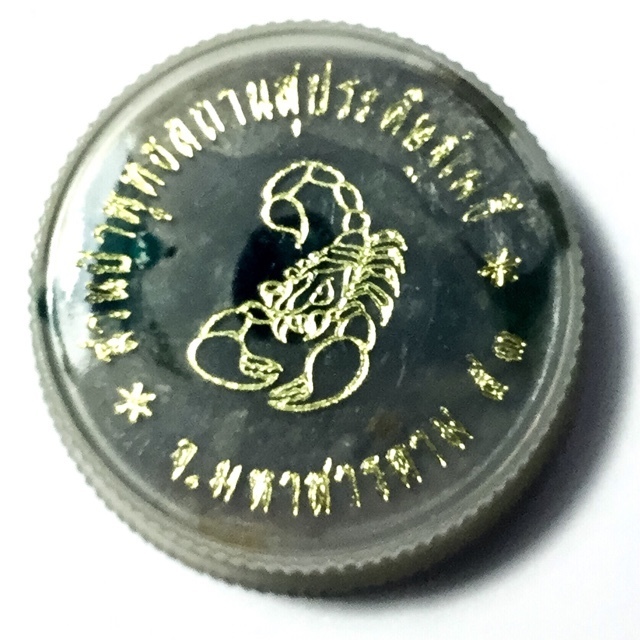 Above; The traditional Maeng Pong scorpion symbol for which Kroo Ba Tamma Muni is famous is embossed on the lid of the potion. The Wicha Maeng Pong Scorpion spell with its magic stun sting, useful for gambling, seduction and Maha Pokasap is a Wicha that Kroo Ba Tamma Muni has dominated and made himself known as the Master of, and the scorpion has come to be synonimous with his name.

The full formula of Invocations for the Kata Akarn Sam Sip Sorng were performed for reanimation of the spirit within the Look Krok Effigy. This is an essential part of Necromantic Empowerment with all Humanoid and Animal form amulets which are imbued with a resident spirit. 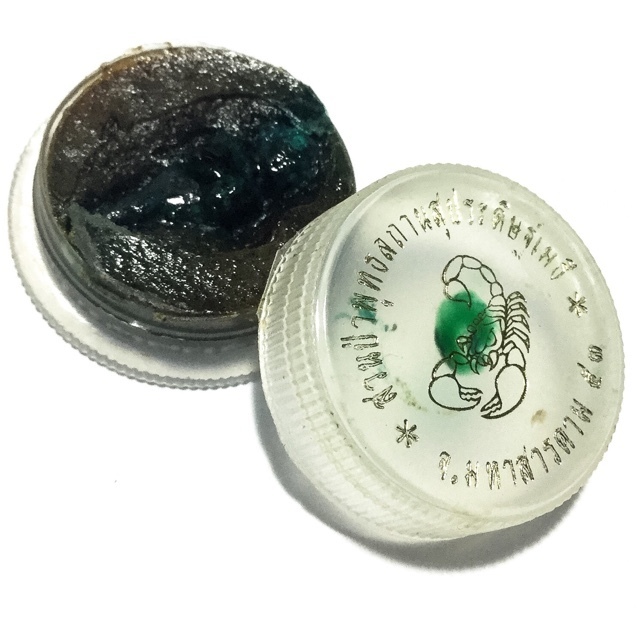 The ‘Look Krok Taep’ is considered to be at the peak of supernatural and divine Saiyasart powers. A Wicha inherited from the ancient Dtamra Grimoire to resurrect spirits utilizing the sacred earth elements. The ‘Look Krok Taep’ utilizes a Wicha of both necromantic Saiyasart and Buddhist precepts in order to construct and enliven this protective talisman of particularly Thai Occult Sciences.

Luang Phu is able to create this charm and bind the ‘Jit Winyan’ Spirit Mind to possess it by recalling the Boran Wicha Kata Akom Ancient incantations of the ‘Look Krok Thep’. According to the ancient scripture, it is required that an infant that has died in the mothers womb, possessing all 32 parts of the body as identified in the ‘Dvatimsakara’ of the ‘Khuddakapatha’ Theravada Buddhist scriptures. 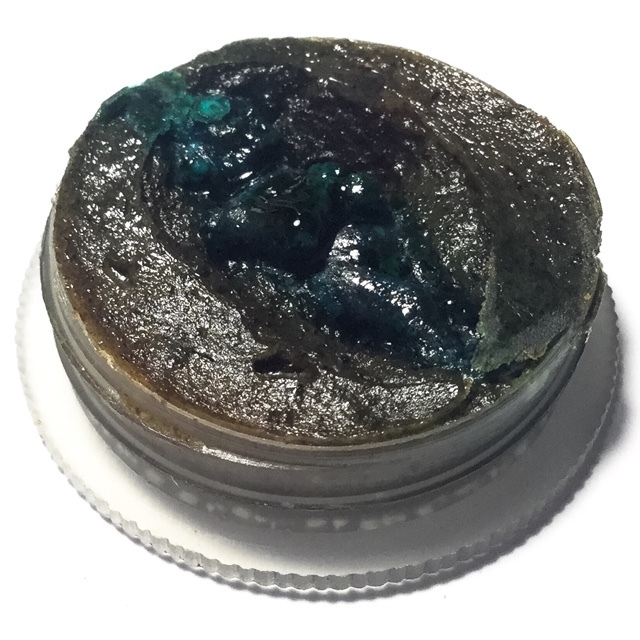 The Dtamra text suggests that in order for the ‘Look Krok Taep’ to be particularly powerful, an auspicious day should be chosen beforehand for the mother to birth the ‘Look Krok’ in order that it is able to be usable in the areas of ‘Sap Sin Ngern Tong’ acquisition of assets/money/riches, ‘Chok Lap’ luck and fortunes, ‘Pong Gan Pai’ protection against dangers, ‘Metta Maha Sanaeh’ Seductive Charm. 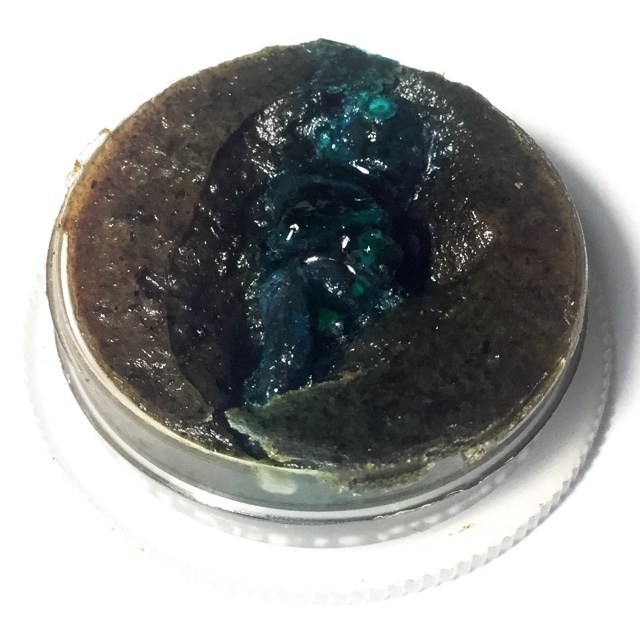 The ancient texts calls for the body or parts of the body of the ‘Look Krok’ to be used in order to create the effigy for which the spirit is to reside. Luang Poo Kruba Kroo Ba Tamma Muni instrtucts that not only is this true but other ‘Wadthu Aatan’ sacred and mysterious substances may be used also, such as coffin nails, and other necromantic items like the coins used to place in the mouths and on the eyelids of corpses, or the sincana cords used to bind their hands. 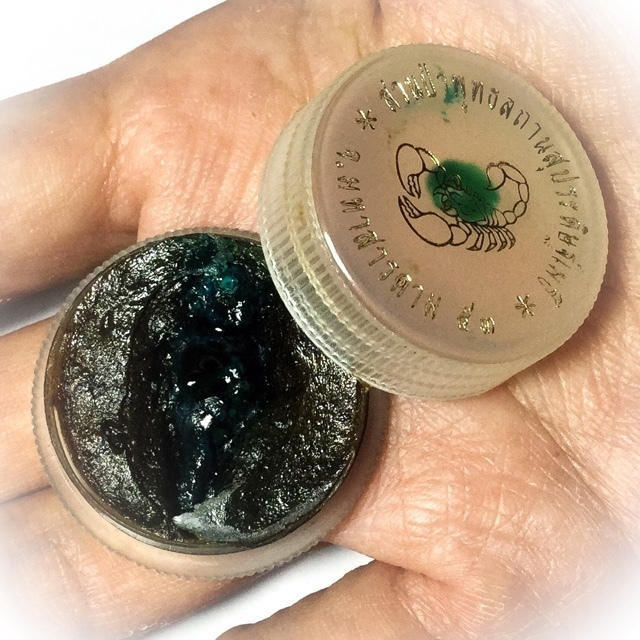 Before using for the first time, take 16 incense sticks and light them, and inform the local Deities and Ruling Spirits of the Household and Vicinity about the arrival of the Look Krok. If the ‘Look Krok’ will be kept in a shrine, it should be lower than any Buddha images in the household.

Then focus your mind to communicate with the Look Krok and call it;

The above Kata also will cause the Look Krok to protect the household. 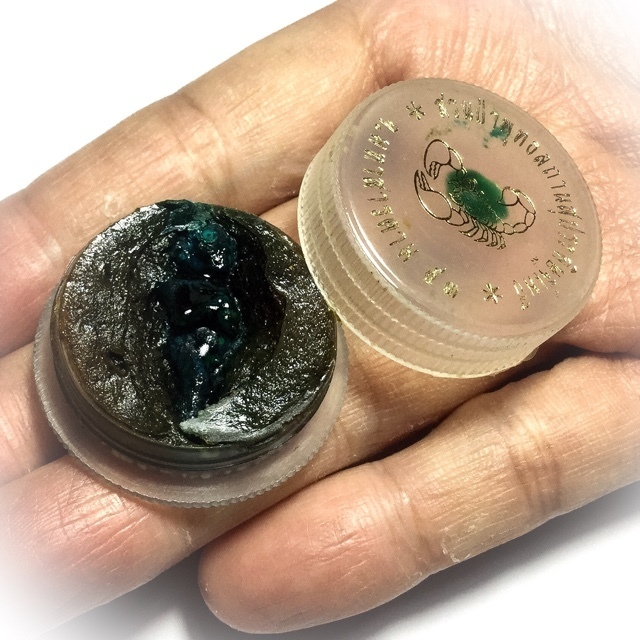 Offer milk, sweets, fruits and the like. if you have busy itinerary you can invite the look krok to eat with you at your mealtimes.

Use this Incantation to beseech the Look Krok to Perform Miracles for You. 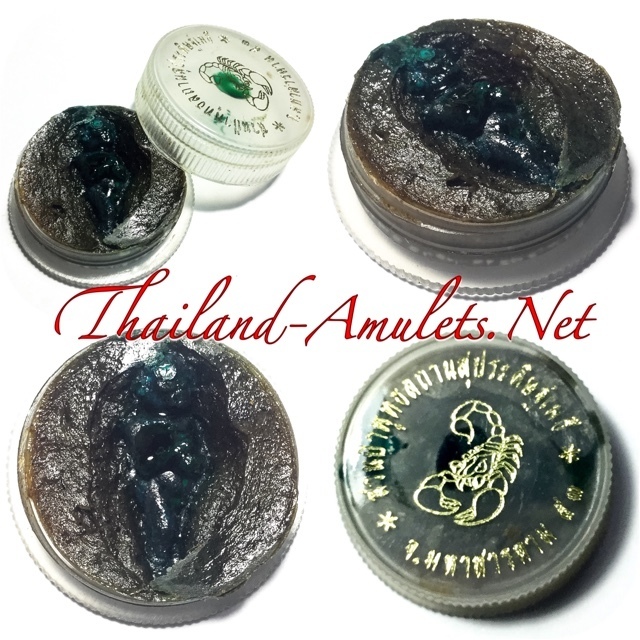