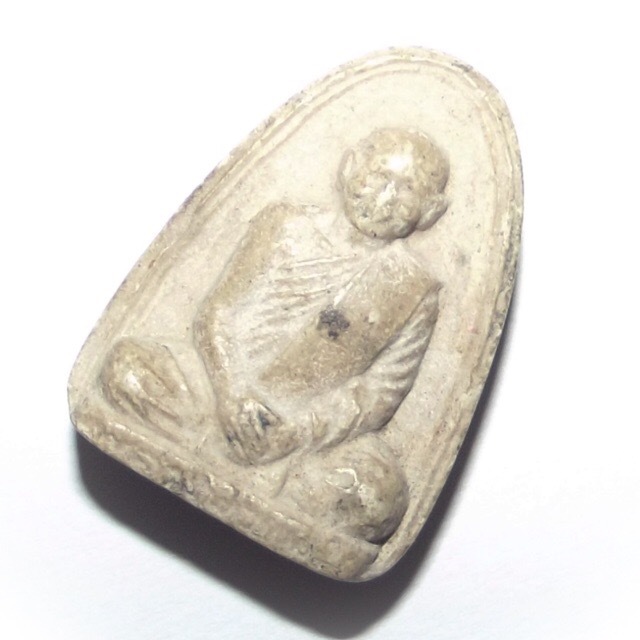 This classic edition of Pong Roop Muean Sacred Powder Votive Tablets of Luang Por Pae, was released in 2535 BE, to Mark the 100 Years Centenary of the Temple of Wat Pikul Tong. The Pong Roop Muan Luang Por Pae has been seen released in various editons with varying details differentiating them, be it either in the size of the Roop Muean Votive Tablet, or the Inscriptions on the rear face.

The front face of this 'Leb Mer' (Thumbnail shape) Votive Tablet bears the image of Luang Por Pae, sitting in meditative posture with hands clasped, and slightly tilted head. Notice that the 'Khorb' Framed arched edges have a double rim with a crevice between them around the sides of the arch. The base of the amulet has a slightly raised dais with the words 'Luang Por Pae'. 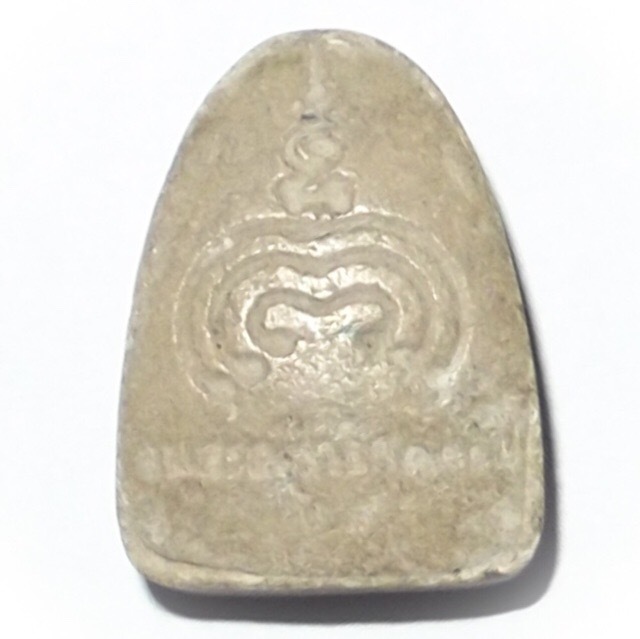 Rear face of amulet features a Yant Pu-Sorn (Pu-Pu-Pu) - one of the classic trademarks of Luang Por Pae's amulets. Below the Yant Pu-Sorn are the words 'Anusorn Ramleuk 100 Pi', which means 'Memorial of One Centenary'. This amulet was released marking the 100th Anniversary of Wat Pikul Tong Temple, and is now a Classic Edition, and is now already becoming a rare amulet to find. 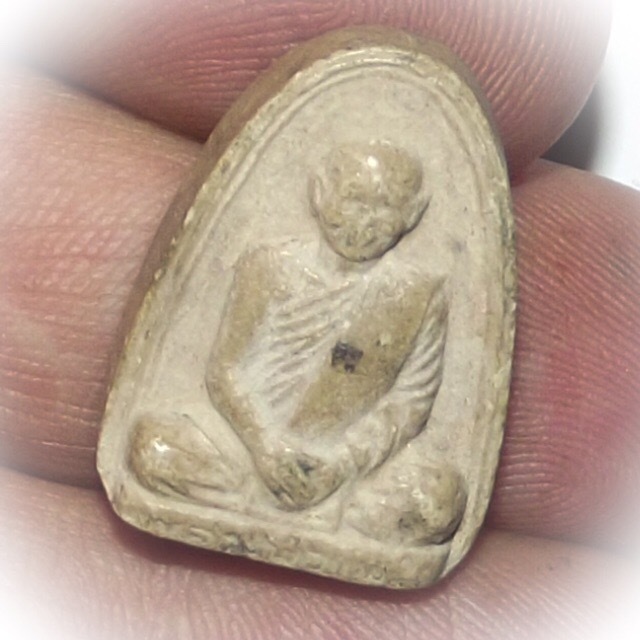 Luang Por Pae's Amulets are a Fine Class Sacred Amulet that is not outside the reach of those with lesser Budgets than some of the Wealthier Collectors, a Fine and recommendable Truly sacred Amulet of the Pim Niyom Class.

Almost all of his amulets are easily presentable in show, and can be seen as an amulet that any Thai Amulet Collector in the Know would be quite Proud to own and Wear, however Rich or Not. This is thus what we call a Top Class Amulet, at a very affordable price. Highly Recommendable as an Heirloom Amulet 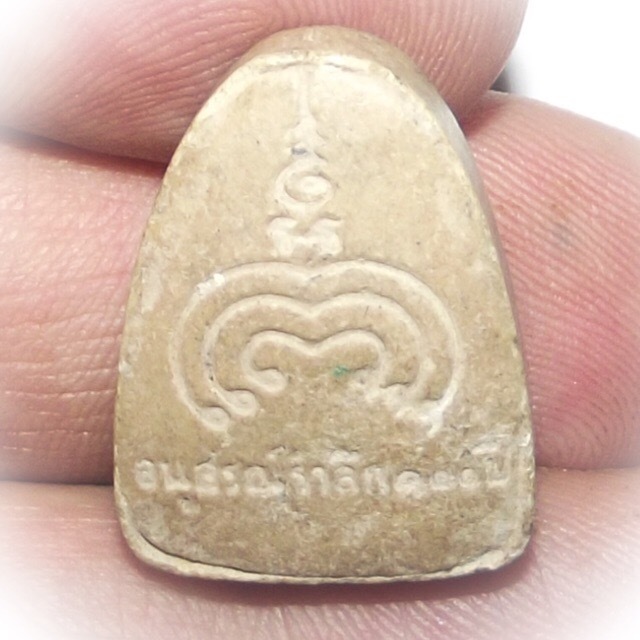 What are Heirloom Amulets?

What we call 'Heirloom' type amulets, are Classic Thai Buddhist Amulets of Buddhas or Monks, or Classic Ancient Amulets such as Putta Chinarat, Pra Kring Buddhas, Benjapakee Clay Amulets, Luang Por Ngern and other similar famous Buddhist classics. For Thai people, it is this kind of amulet that is eternal and not subject to falling from popularity and is considered the perfect family heirloom. 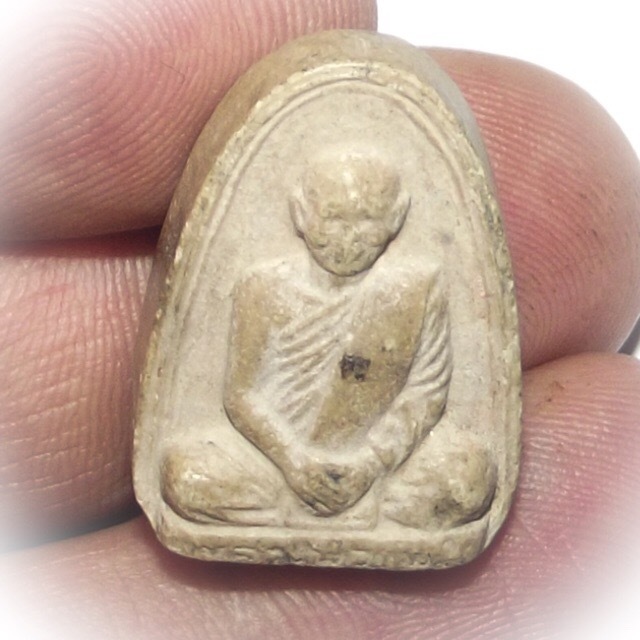 As each generation inherits the amulets, they become ever more sacred and part of a family tree passing the amulets down, that they become almost part of the Family. In fact they do become part of the family. Lik the thought that 'My grandad gave this to my dad who gave it to me' increases the sacred and Family value of the amulet in the mind of its owner, and so becomes both a Spiritual Inspiration, and a Family Heirloom. 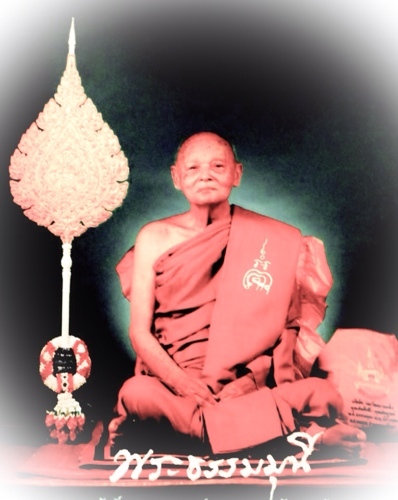 Luang Por Pae, or, better known as Somdej Sangkarach Pae, is one of the last half century's most reverent and long-standing respected monks of the royal procession of stateesteemed monks, Who has excelled in both his behavioural practice as well as his academic studies and adepts applied practice of Vipassana Kammathana in the Thai Tudong Forest tradition.

The amulets of this great master, have been seen to dwindle from the public amulet markets, which is due to the fact that not only Thai people have been reverie and holding his Amulets over the last decade or so up, rather that all around Southeast Asia. Even as far as western world, people have been snapping up and hiding and stashing away his Amulets like treasure that may never be found again, which is indeed going to be true pretty soon. 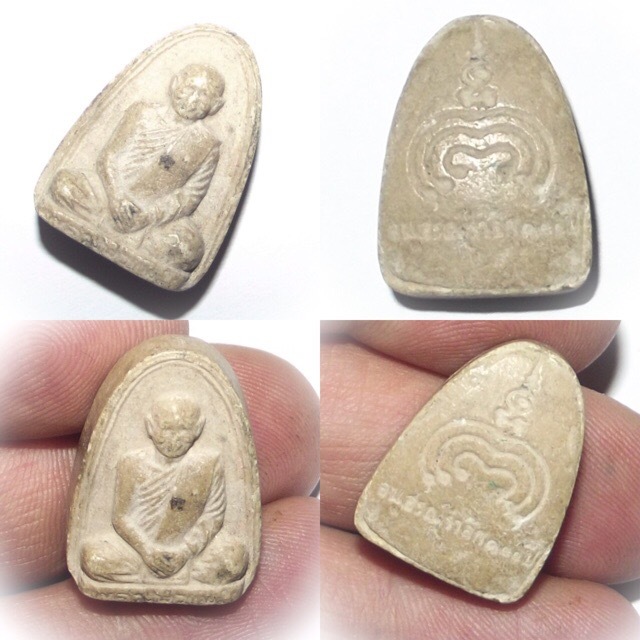 This has resulted in an accelerated depletion of his Amulets, despite the fact that classic Amulets made according to the official formulas, such as the Pra Somdej amulet, are making numbers of up to 84,000 per edition they have still managed to begin to disappear from the public view, for indeed, with over 60 Million people in Thailand and rising, and Misllions of Buddhists around the world, 84,000 is indeed not such a large number after all. They are now not only becoming classics but also extreme rarities and the next decade can expect to see these Amulets becoming immensely difficult to seek out.

Made from Pong Puttakun, (Buddhakun Powders, according to the Dtamra of Sacred Buddhakun and Pong Wised Powder Making, using the five sacred powders made from Yantra Inscriptions (Pong Wised 5 Chanid). Luang Por Pae's amulets are famous for the mass of Pong Puttakun that rises to the surface and leaves a fine layer of white mildew upon the surface, revealing empowerment by a monk with true purity of practice.