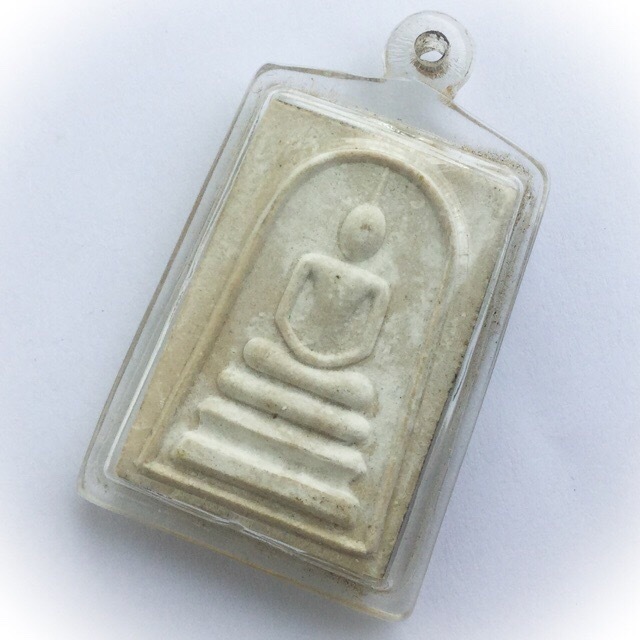 A Most Classic and Essential Rarity, from the 95th year Celebration and Act of Reverence to the Great Luang Por Sangkarach Pae - The Pra Somdej Pim Yai Ok Krut Siarn Badtr Hak Sork - rare for its difference in Pim (Model Design), which features 'Hak Sork' (broken elbows), meaning a more angled and abrupt fold in the arms, where the elbow joints fold.

'Ok Krut' (Garuda Chest) is a tapered waistline flowing outwards and upwards to become a wide chest. There is a total absence of a 'Prasor' (A word used for the neck of a Deity or a Royal person). The 'Siarn' (head of a Buddha), is shaped like an almsbowl (Siarn Badtr). A very thin elongated 'Pragaes Mala' , or 'Pragaes' (spired topknot) rises up to touch the edges of the arch (Sum). 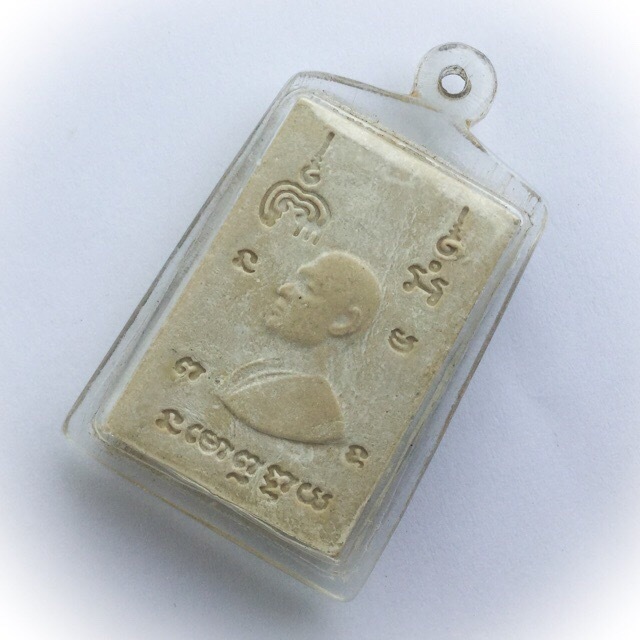 The rear face of the amulet has a cameo of Luang Por Pae, the four elements inscribed in Khom 'NA MA PA TA', and the 5 Dhyani Buddhas Kata 'NA MO PUT TAA YA' in Khom Agkhara below the image of Luang Por Pae.

This amulet comes with either the existing casing, or if you wish to have it newly encased after so many years, we can re-encase it for you in new waterproof casing. 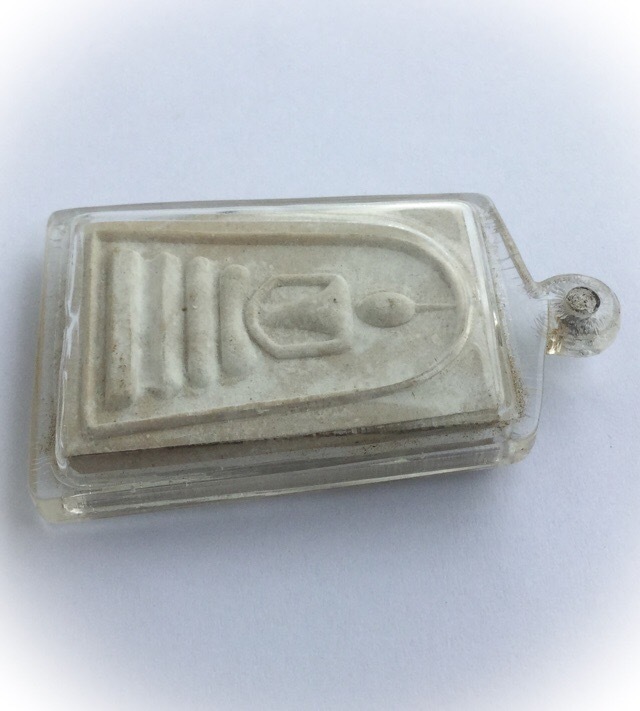 This is a Historical Classic amulet which can easily if perhaps arguably be included in the Benjapakee class of amulets under the Pra Somdej Category. This is because the Pra Somdej Category of Benjapakee Classics normally includes any top Classic which is widely accepted and has the correct Pedigree.
Pra Somdej Luang Por Pae are definitely amulets of High Pedigree. The stories of miracles and fortunate lifechanging experiences which have happened to Devotees of his amulets, that news of their magic power has travelled to many other countries where his amulets are revered highly, including Taiwan, Singapore, China and Malaysia. 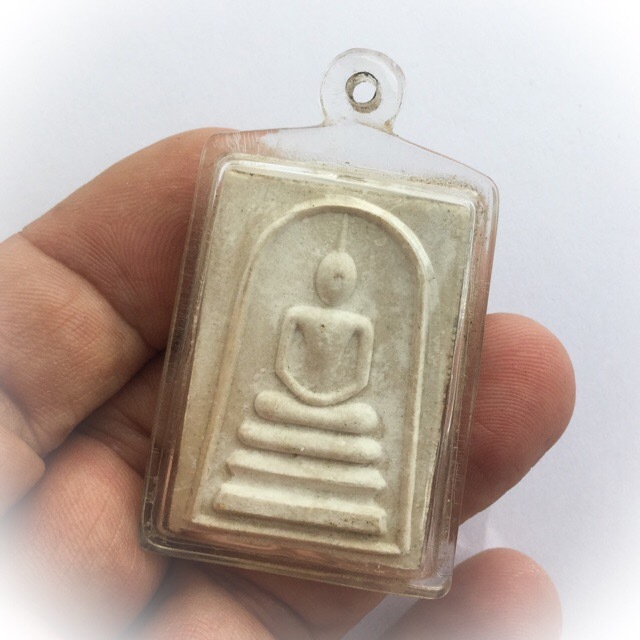 One more thing which makes Luang Por Pae amulets not only popular and rare, is the fact that Luang Por never made large numbers of amulets. He would not issue amulets very often, and would only ever make them in small numbers. The Muan Sarn ingredients used were always of the finest and most sacred ingredients possible to acquire, and the Putta Pisek empowerment ceremonies were always attended by Great Master Guru Monks of high repute. 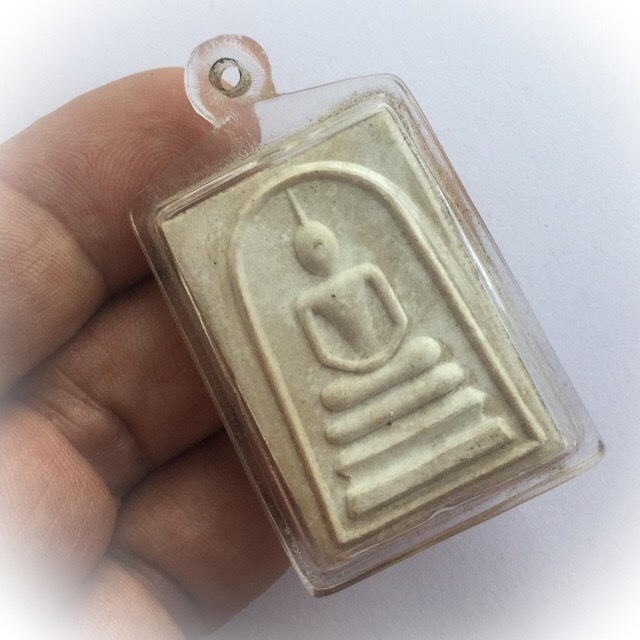 In a phrase; An all time classic, from a Great Guru Master whose attainments are undoubted, and whose amulets have seen many a story of life saving miracles or lucky windfalls circulating. Whoever owns this Somdej Luang Por Pae amulet, can rest assured of its sacred power and the fact that it can only become ever rarer, that it is a treasure in itself for its constant and steady increase in rarity, esteem, class and value. 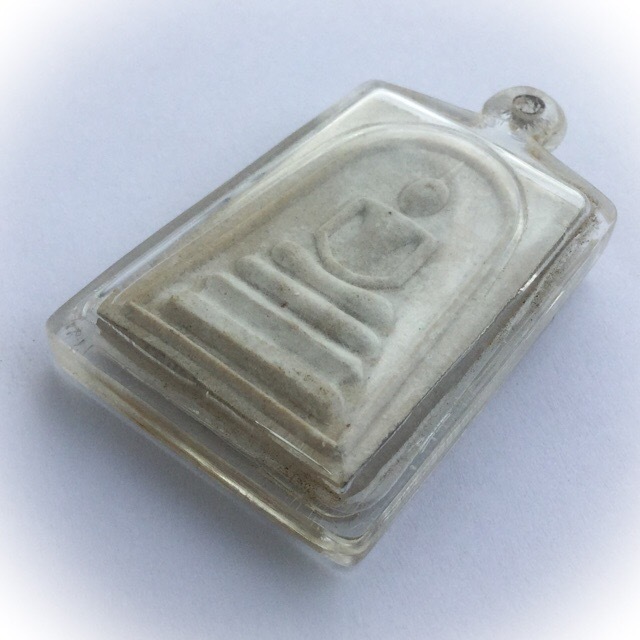 These amulets can be found in all volumes of official documentation which is part of what makes his sacred amulets so popular, because of their extensive documentation forauthentication when one has good reference images for study. 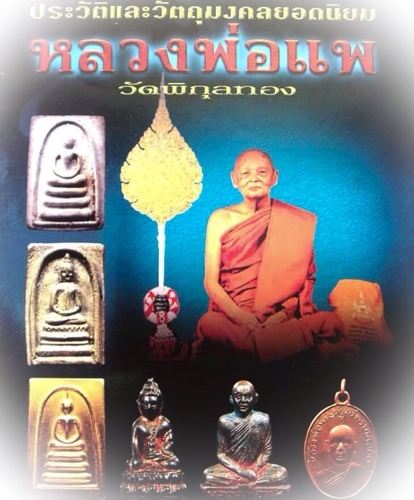 Above; Luang Por Pae Pra Somdej and other amulets, in official documentation magazines

Luang Por Pae amulets are highly recognisable tend to accumulate a very fine Midew-like white powdery film on the surface, especially in the case of the rainbow coloured ones more than others. But it does form on all different kinds of his amulets of the sacred powder variety. 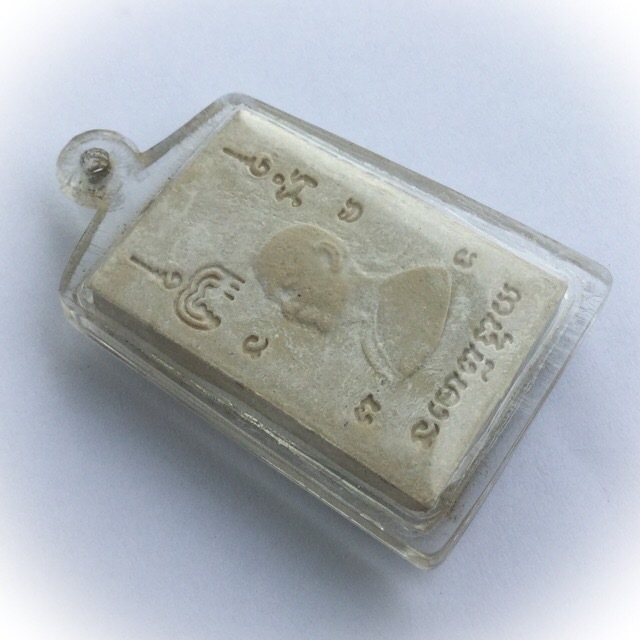 This fine white powder which rises up to reside on the surface of the amulet is part of the true character of Luang Por Pae's amulets, and is considered a mark of Sacred Power when this Pong Puttakun powder rises to reside upon the hardened surface.
Luang Por Pae was renowned for his purity of practice, and his Pra Somdej amulet, is one of the most classic and sought after to be found in the modern era. This means the last half-century. Many other amulets of the same or lesser standard cost much more but this is about to change, and is indeed changing very fast in Thailand 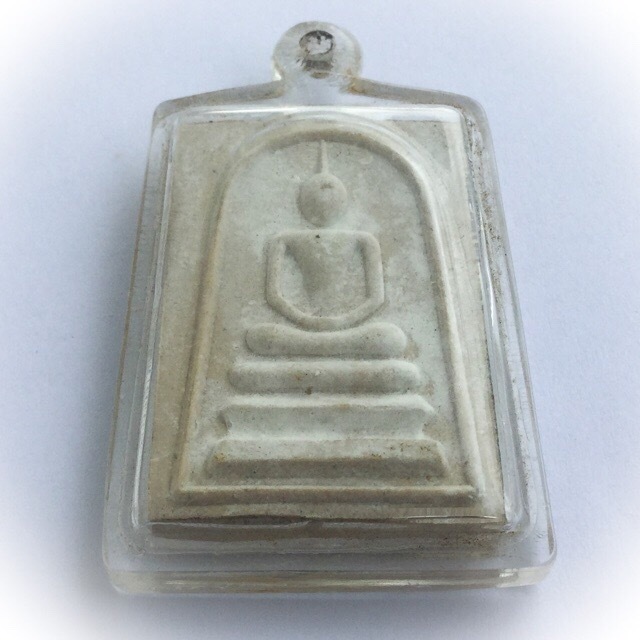 Another part of the reasons for the rapid depletion and increased rarity of Luang Por Pae amulets, is the fact that his amulets are not only of top importance and collectability in Thailand, rather, also on international shores. Many Singaporeans Malaysians Taiwanese and Hong Kong nationals, have been buying up these amulets for more than the last 10 to 15 years. This has caused a massive depletion of those amulets which could still be found on the market back in those days. 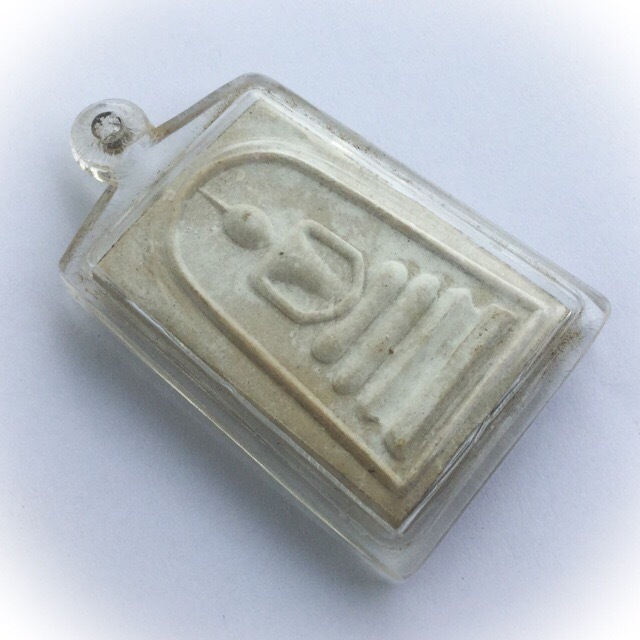 As a result, these amulets have not only attained the grand respect and high spiritual and monetary value that they possess today, but are also now entering the halls of fame of essential rarities, which are immensely hard to find. 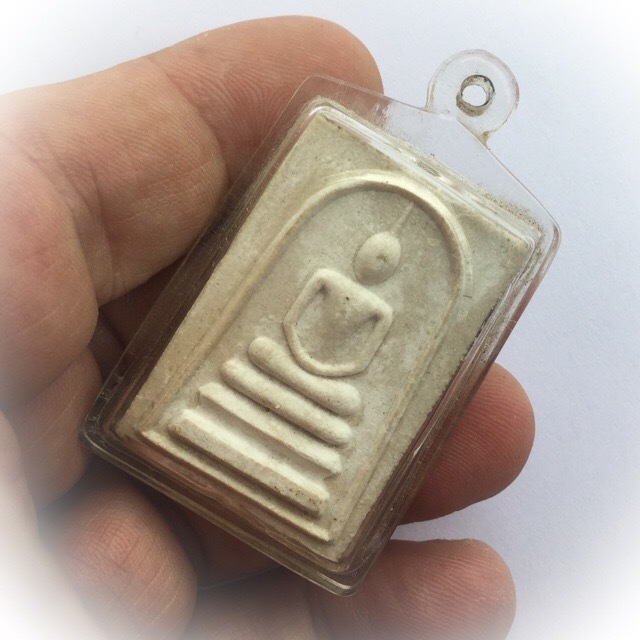 We predict that by the time our children are grown up, these amulets will be of immensely increased value, and incredibly hard to find one on offer at all, except at a price, that is only affordable to millionaires.

They are already amongst the most preferred Pra Somdej amulets and skyrocketed during the years 2550 to 2557 BE, raising them to the status of Master Class Pra Niyom amulets of the highest level. It is not expected to become easier for find them either, so now is the time, to hunt and gather the amulets of Luang Por Pae, before it is too late. 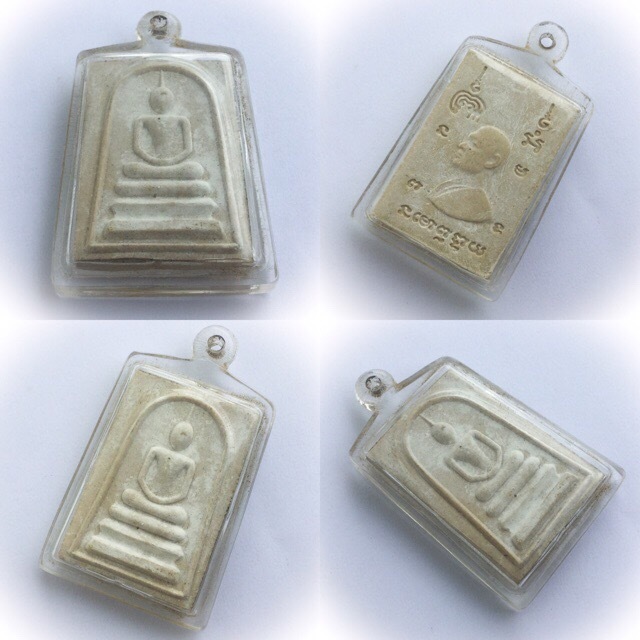