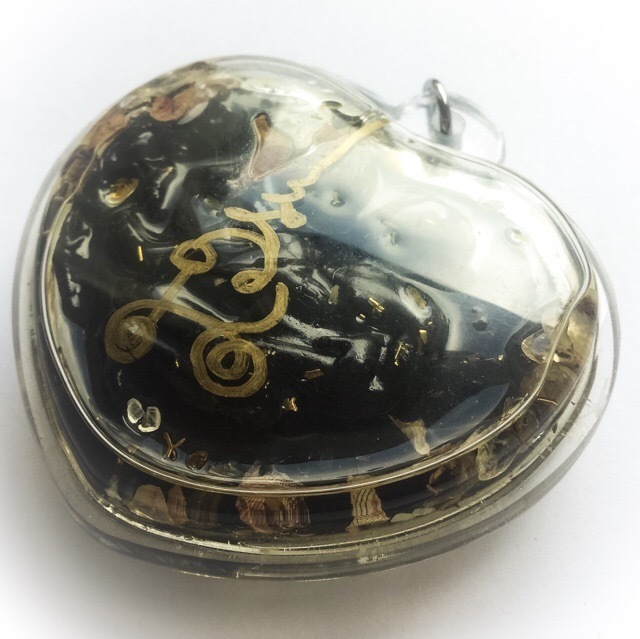 SKU 03461
$ 149.99
Out of stock
1
Product Details
Ongk Gaama Suudt Chai Sir Chai - Gay Males Kama Sutra Love Binder Charm - Necromantic Prai Sanaeh Ya Faed Powders mixed with Pong Sangwas, in Nam Man Prai Oil with Spirit Realm Banknote, Herbal Muan Sarn, and Ploi Sek Maha Pokasap Gem fragments, by Kroo Ba Tamma Muni, of Suan Pha Putta Sathaan Supradit Maedti
This Animist Necromantic Charm, from Kroo Ba Tamma Muni, is for gay male lovers to bind a love affair, and to ensure a completely monogamous relationship. This amulet can also be used to attract and seduce a new lover if you are single.
One side features an embossed Bando In Koo pair of male lovers embracing, pressed into the front face of the amulet, with the rear face possessing a brazen metal Loi Ongk statuette of the Bando In Koo Chai Sir Chai - which is cast in the form of two handsome men embracing each other lovingly. 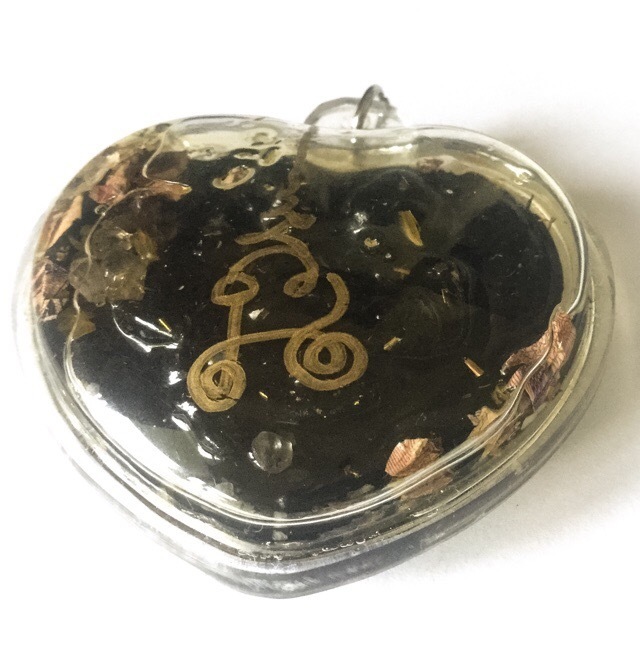 The amulet is composed of a pair of lovers embracing each other and making love, immersed in a Nam Man Prai Raeng Sanaeh Potion, with Sacred Flowers and Herb.

It was one of various now famously powerful amulets released in a small extreme limited edition released in the Year 2553 BE, from Kroo Ba Tamma Muni. The Nam Man Prai Raeng Sanaeh Gamakun Oil has become now Luang Phu's most famous Prai Oil for its Highly Concentrated Power to Attract and Seduce People. 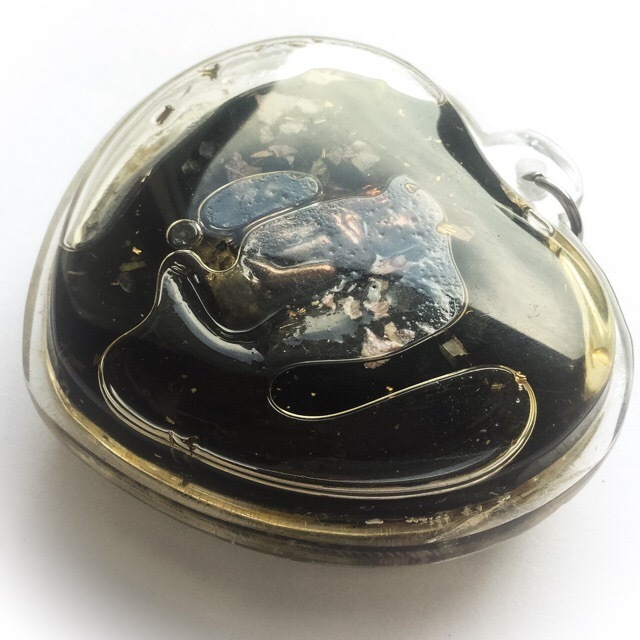 Everybody who is in love with another person knows well, that they would be very hurt indeed, to find the other partner had been dishonest or unfaithful. It is therefore a good idea to seal a love affair by ensuring that their love is for you, and you only.
Made from an extremely concentrated admixture of Sacred Prai Powders, Funeral Earths and Ashes, and the Invocations of the Bando In Koo Deva - Male-Male Symbiotic Deity of Lanna Animist Belief.

The front face bears the image of the Bando (2 Males embracing), and an In Koo Loi Ongk Amulet is embedded within the rear face of the amulet. The amulet is immersed in a Sacred Potion of Nam Man Prai Oil, with Sacred Herbs and other Muan Sarn, including 'ghost world banknote' fragments, and various types of Prai Maha Sanaeh Herbal Admixtures. 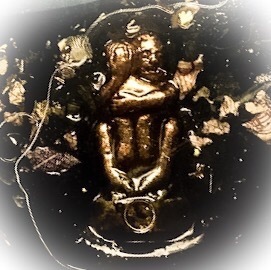 The Bando In Koo, is a form of Gay Male Yab-Yum Deity, that symbolises not only Love and Passion, but also higher Tantric Spiritual Meanings too, and is hence also a useful amulet for those who are practitioners of the secret methods of Tantric Sex Magick

The amulet is empowered with the Ancient Formulas of Khmer High Necromancy, and possesses the Hian Power of Prai Magick, to ensure powerful and rapid results. The full formula of Invocations for the Kata Akarn Sam Sip Sorng were performed for reanimation of the spirit of the Bando In Koo Deva.

The amulets were then empowered with the Invocations of the Kata Riak, Pluk, and Hnun Tat 4 (3 types of Invocation for summoning, awakening and reanimating the 4 elements). This is an essential part of Necromantic Empowerment with all Humanoid and Animal form amulets which are imbued with a resident spirit.

As to the Prai Oil in which the In Koo is immersed, Luang Phu made it specially for this edition, using a higher concentration of Muan Sarn, and a more complex formula of ritual empowerment, to produce the most powerful Nam Man Prai Oil, and See Pheung Balm, that he has made to date. He began by only taking Bees Nests found on the Mayom, Marum and Khanun trees, which are the most powerful trees for Bees Nests to possess Magick.
He then inscribed all of the Bees Nests with Ancient Khom (Khmer) Agkhara Spells and Sacred Maha Yant Prawet Yant Maha Sanaeh, using a long formula of different rare Ancient Yantra inscriptions and invocations, such as the Yant Na Kon Tan Hwaek Himapan, Yant Nang Ga Long, Yant Nang Khao Ha, Yant Glern Jidt Manus, Yant Dor Lor Hee, Yant Chang Pasom Khloeng, Yant Paya Tae Krua, and the Yant Na Orn Jai. 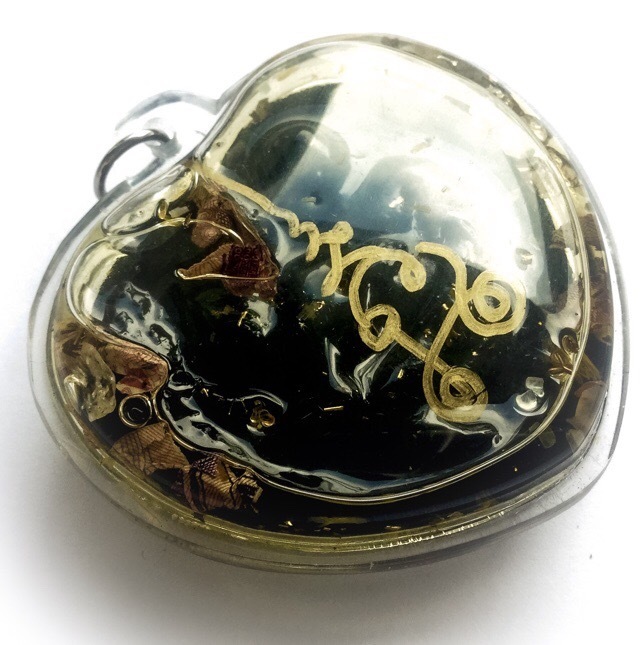 A large number of the rarest and most powerful Magickal Herbs were used for the Nam Man Prai Raeng Sanaeh Gaama Suudt boiling ritual in the Sacred Cauldron, which was also inscribed with Sacred Yant and Khom Agkhara Spells, according to the Dtamra. Amongst the most mentionable Sacred Muan Sarn Ingredients used in the Nam Man Prai were; 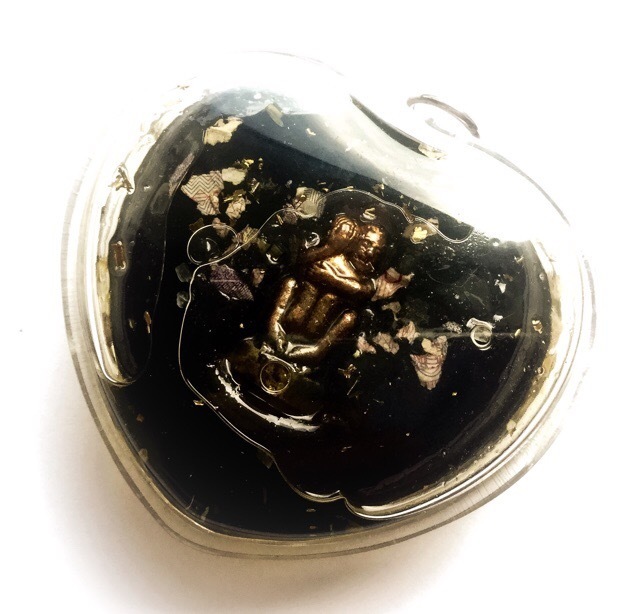 These and a host of other Sacred Herbs and Woods were boiled up with the Bees Nests and Waxes in the cauldron in ‘Nam Man Sanaeh Raeng Kama Sutra’ - Sacred Oils of strong Kama Sutra Charm. The potion was boiled and stirred to thicken into See Pheung. Whilst the concoction boiled, he recited incantations over the pot to arouse the elements. Further empowering the Sacred oils.
The herbs used to cook up the potion, were various herbs of ‘Wan Maha Sanaeh’ cooked together with the ‘Khanun’ jackfruit and ‘Mayom’ Star Gooseberry. The fragrant oils boiled together in an open-air daytime ceremony on a Friday of a New Moon and the Friday of a Full Moon making for two auspicious occasions. 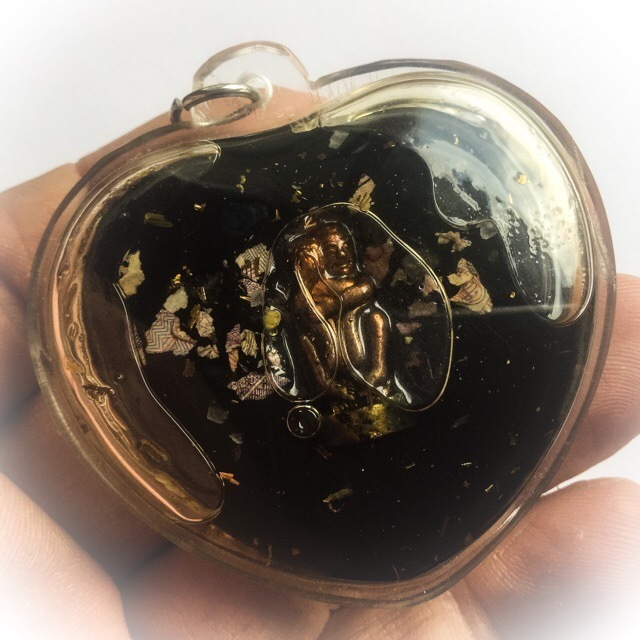 As Luang Phu mixed the waxy substances all together into one, he placed them in a large receptacle and used his bare hands to mix them and mash them, performing 108 recitations of the Kata Gaama Suudt (Kama Sutra Wicha) during an Auspicious Astrological Occasion in full Sunlight. Once the potion was mixed into one substance, he then chose a night time Auspicious Astrological Date, to perform the next empowerment under the full moonlight.

He performed the Piti See Pheung Rap Saeng Jantr Moonlight Charging Ceremony, and inscribed the Saccred Yantra of the Golden Apsara Maiden on the surface of the sacred beeswax slabs. The slabs were placed in the cauldron to melt into the Nam Man Prai, and Chanted the Kata Riak Jidt Manus, and the Montr Nang Apsorn Yua Swaha Mad Jidt spell. Both of these spells are thousand year old Khmer Sorcery Spells which invoke Apsara Maidens from the Celestial Realms to Enchant and Seduce the minds of others. 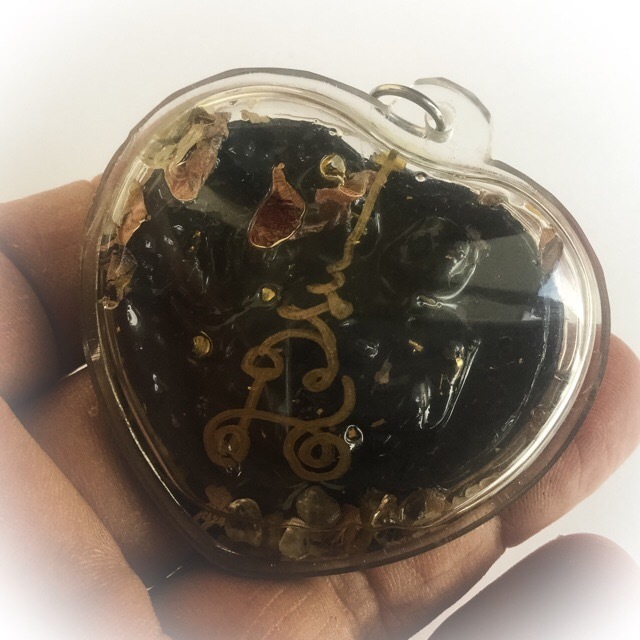 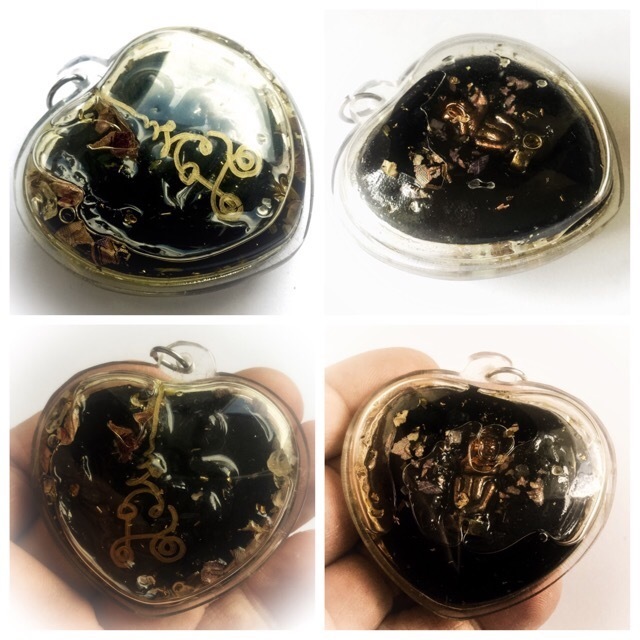 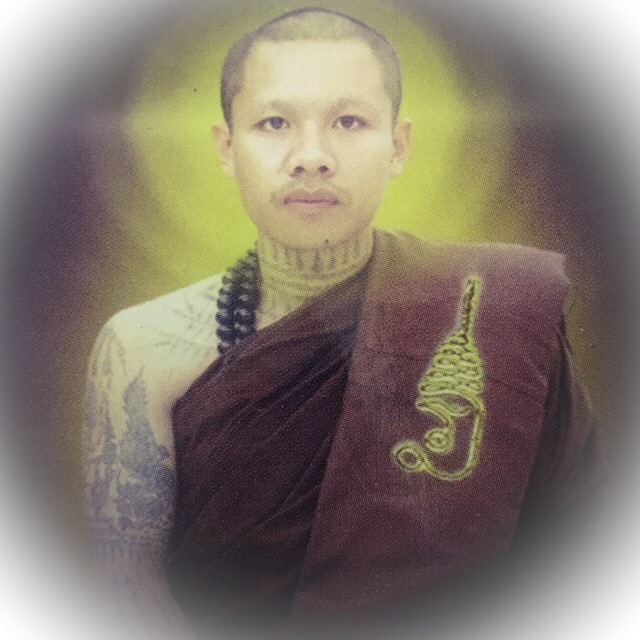