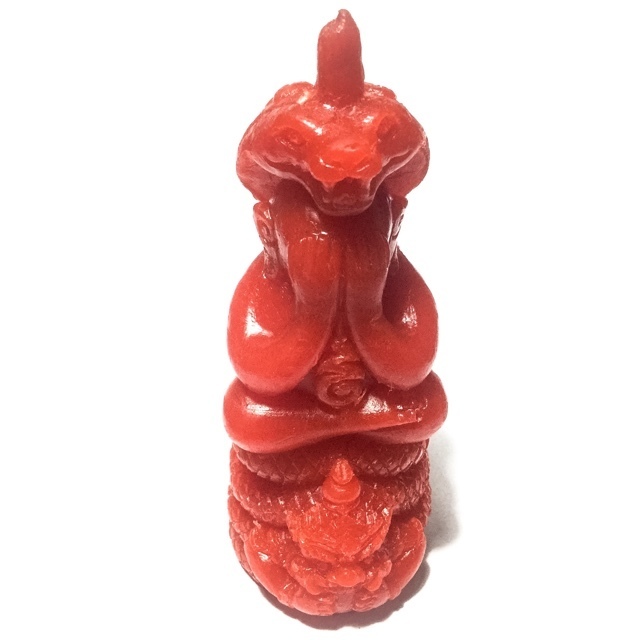 The Tian Pra Pidta Maha Lap Hnun Duang is a Higher Wicha which has been maintained under secrecy for hundreds of years within the Sorcery Lineages of the Ancient City State of Saket Nakorn.

Luang Phu Naen has revealed his Adept Mastery and Knowledge of this Wicha for the first time in his Trajectory in amulet making, after his Devotees both in Thailand and abroad, beseeched him repeatedly for something they could Bucha to improve their fate and destiny. Luang Phu Naen thus decided to reveal this Wicha and bestow his devotees with the chance to beseech its miraculous powers. 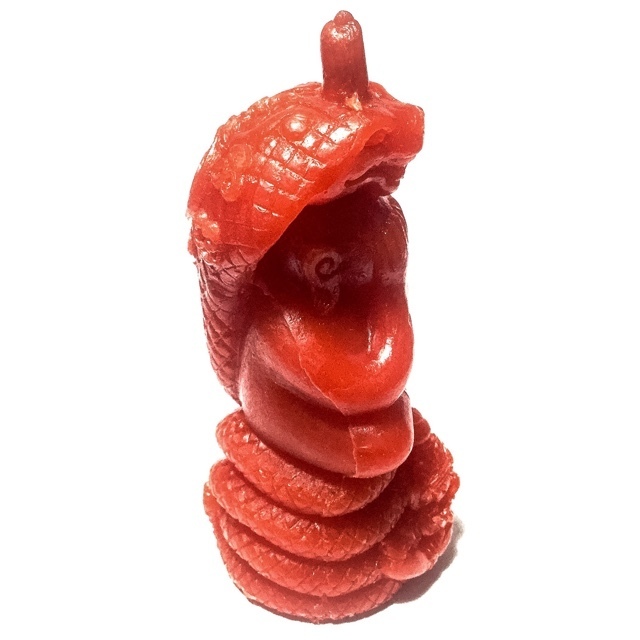 This Wicha uses Candle Magic, which is based in Kasina Elemental forces, and Incantation. The Wicha works through Evocation.

All Buddhists know the traditional candles which are used to light when saying Buddhist prayers, and making offerings to the Buddha. But this magic candle is a different type, carved in the shape of a Buddha Entering Nirodha (cessation of suffering), sitting on a Naga throne, with Naga head canopy (Nakprok Pidta). 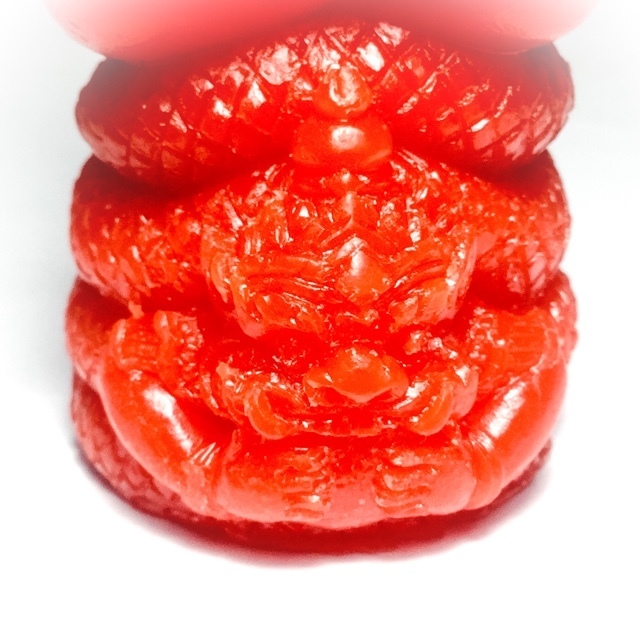 The Pra Rahu Asura Deva Eclipse God of Fate and Fortune, is emblazoned on the base of the coiled Naga throne. Sacred Khom Agkhara scripture is embossed on the surface of the candle with incantations. 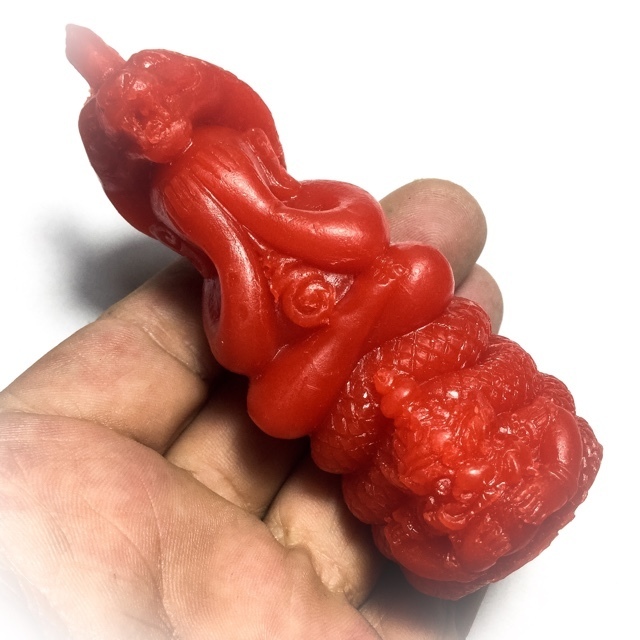 The wick of the candle is made from strips of Yantra cloth with the Yant Pra Pid Ta Maha Lap, the Yant Hnun Duang Astrological Improvement Spell, to improve Fate and Destiny. 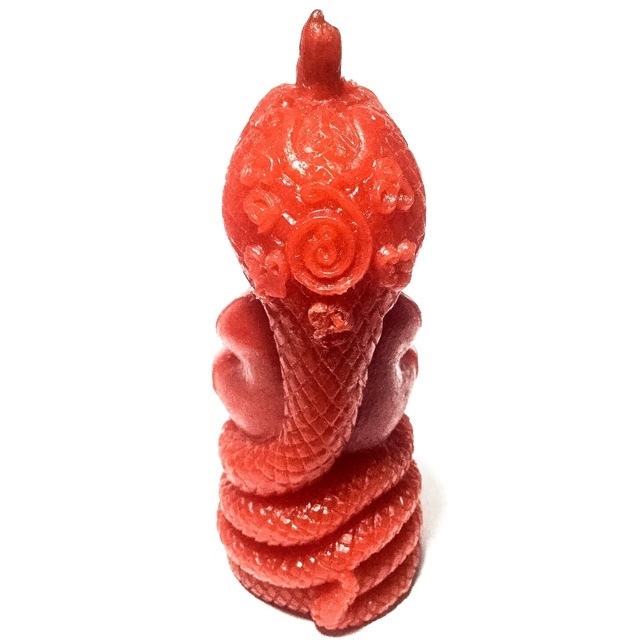 The candles were cast using the ancient methods declared to be essential within the Dtamra Grimoires of this Wicha, with Luang Phu Naen presiding over the proper casting of each individual candle, according to the formulas. 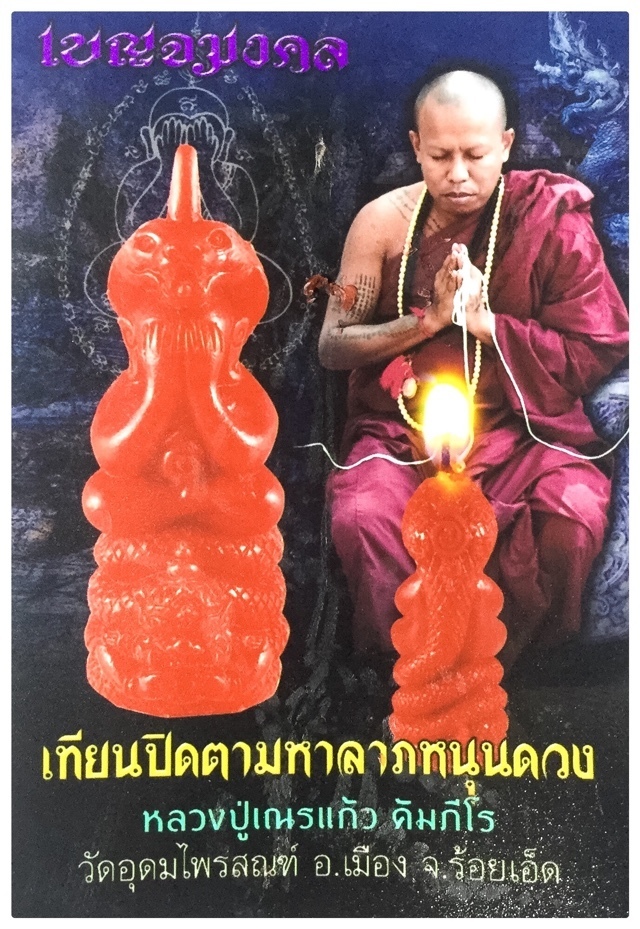 Luang Phu Naen says that the burning of the candle and chanting of prayers will improve and enhance the good fortune and astrological horoscope of the devotee immensely, erasing obstacles, decreasing enemies with mercy charm, increase good luck and wealth accumulation, bring chances of promotion and status increase, and assist in manifesting your dreams. 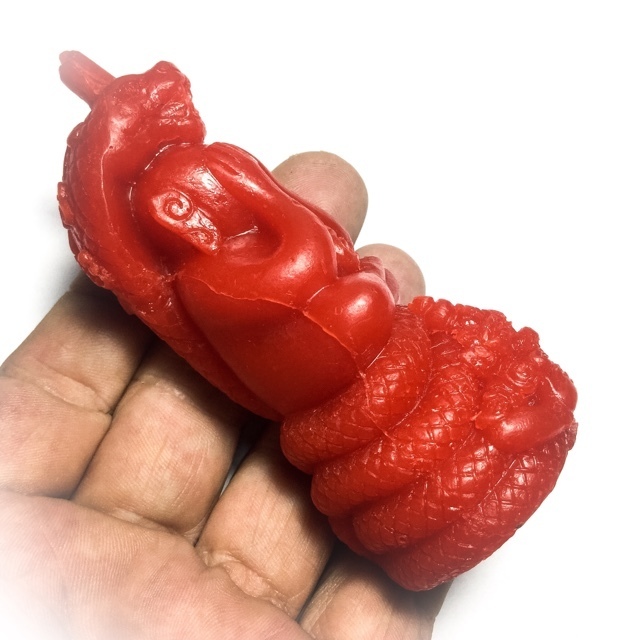 Light the candle in a place of respectable reverence before the Buddha-Rupa or Deva-Rupa of your personal Belief System (Buddha or other Deity image in your shrine).

Then Pray for the things you wish for for some moments. You can then chant some Kata or Prayer Chanting, either in Pali Kata or using your own language if you prefer to simply pray by stating what you wish for. 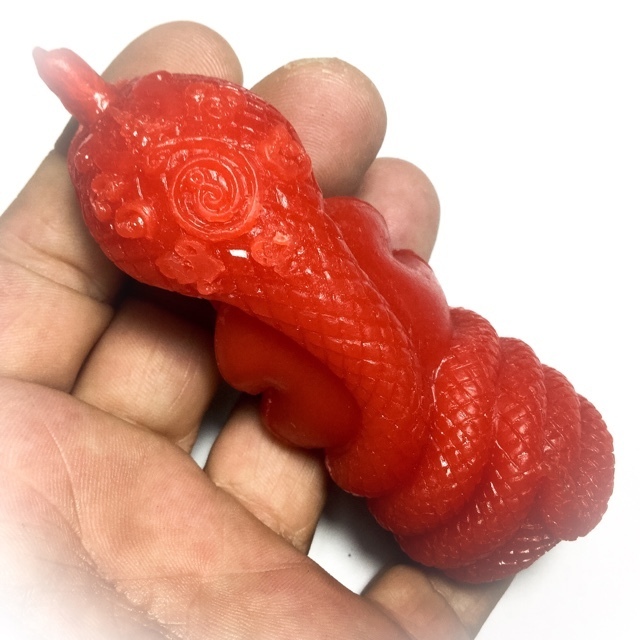 (Chant 3 times and make your wish) 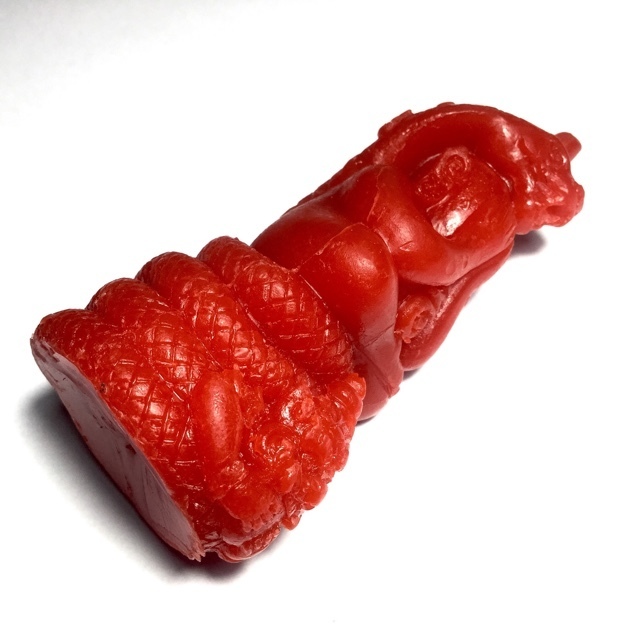 Then sit and meditate for some time, breathing in with the syllable 'Put'. Then Breathe out with the syllable 'Tō. Continue until you have entered a state of great stillness, and the wandering thoughts have begun to subside. Once you have reached a state of focus and stillness, make your wished in one bubble, and send the thought bubble to heaven, encapsulating all of your wishes in one abstract orb of light. 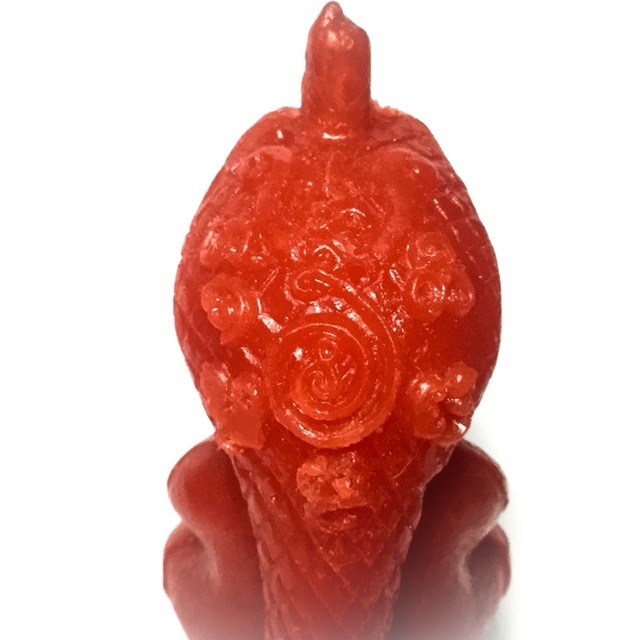 You can then leave the candle to burn out on its own accord.

Once you have performed this ritual, the next opportunity you get to make merits by practicing alms giving, you should make some donation to the Sangha (a temple or a good charitable cause of your choice, which helps other beings).

Offer the good merits of the good deed to your Guardian Angel, and also to the 'Jao Gam Nai Wen' (the accumulated angry energy of all beings we have fought with or disagreed with or been enemies with in this, and all previous lifetimes). 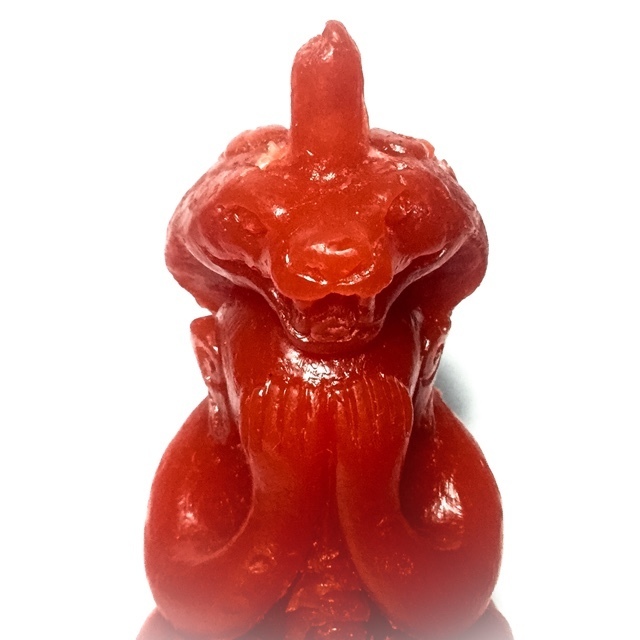 Apologise to all souls who one may have harmed or hurt throughout Eternity, and offer the fruits of your merits of alms-giving to them, so that they may reach Nibbana quickly.

This dissipates the hate and anger we accumulate making enemies throughout all our lifetimes, and causes our meetings with other beings, to become more likely to be friendly, and less likely to be unfriendly.

Have you ever walked into a room and had 2 people you have never met before? And have you ever noticed that sometimes, you like one person instantly, and the other one, dislike instantly? Even if you never met them before? 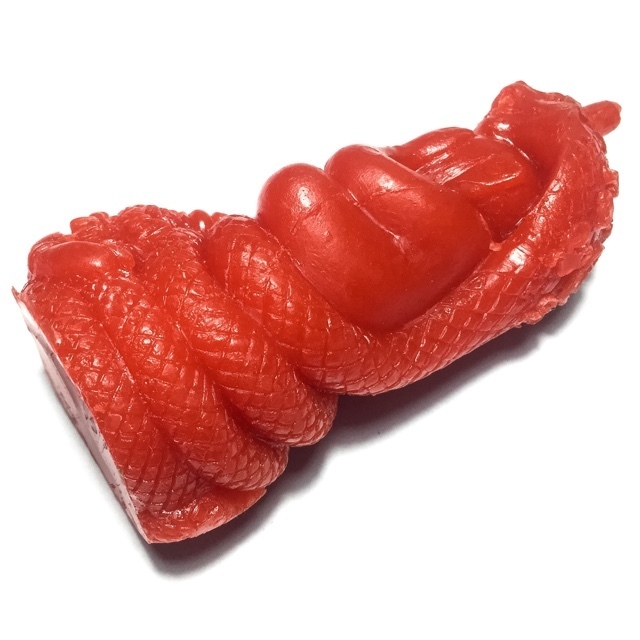 This is why it is important to share merits with the 'Jao Gam Nai Wen'. 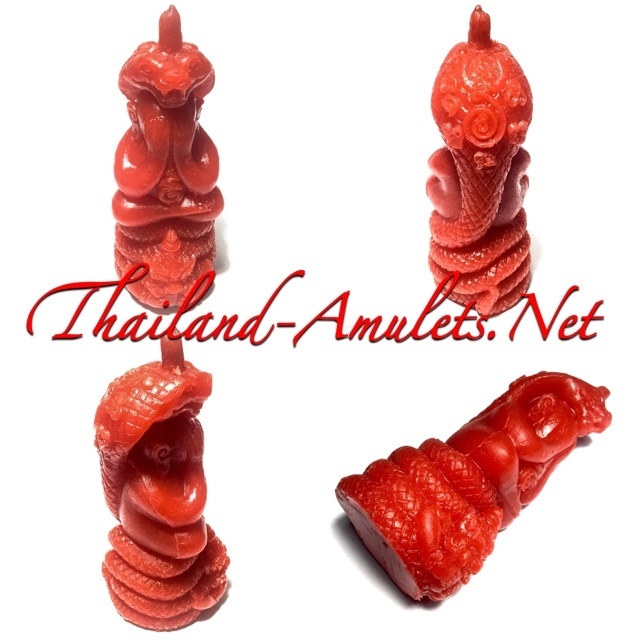